Warrier writes simply and impactfully, moving seamlessly across time to spin a multilayered tale slow cooked like a good biryani. 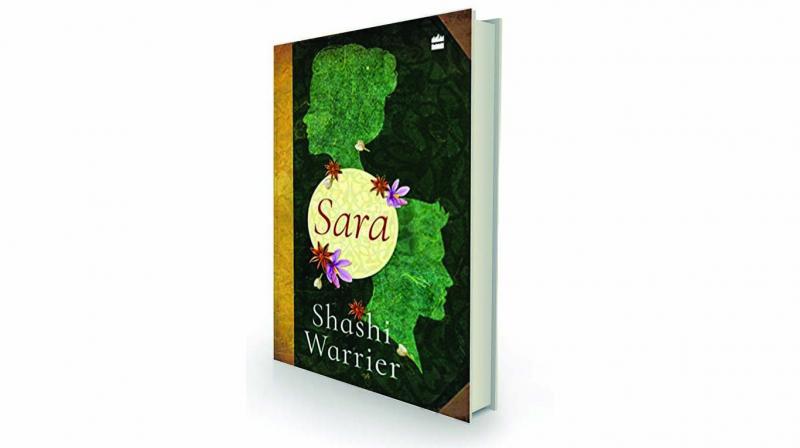 Culinary secrets and family recipes, passed down through generations, are impossibly precious. In author Shashi Warrier’s new book, Sara, they take on an altogether different meaning. Moving away from the landscape of his previous gritty books (The Hangman’s Journal, The Man Who Wouldn’t Be God), Warrier lays out a satisfying buffet of culinary inheritance, mystery and romance. Sara takes us through a winding, multi-generational food trail, moving between London and Fatehgarh in Uttar Pradesh, unfolding over several decades, while taking us back in flashes to the pre independence, Nawab-era.

The book is told through the perspective of Junaid, a London-based chef and restauranteur who has made it big abroad on the strength of his traditional Awadhi style cooking techniques and a particular spice mix he inherited from his family. Being a “slave to the cooking fire” runs in his blood, as he comes from a family of chefs with roots in Fatehgarh, near Lucknow. When he meets his match in the lovely “firangi” Alice Munro in London, who visits his Regent Street restaurant one summer day, Junaid discovers that though he shares with her not his skin colour, religion or culture, certain strands of their lives are inexplicably linked by a complicated and fascinating history.

In Alice’s great grandmother’s diary, Junaid finds curious mention of the spice mix he uses and his own grandfather, whom she met when she was based in Fatehgarh during the British Raj. This triggers Junaid to think about why his grandfather killed himself, and if it had anything to do with the spice mix recipe. Alice and Junaid travel to India to do a little digging to tie up the loose ends. But once in India, Junaid must contend with several challenges: his conservative parents and sisters’ disapproval of his choice of partner, the clash between Indian and western culture, and finding the right people to answer his many questions about the family history. What did his grandfather have to do with the execution of a group of Indians fighting for independence back in the ’30s? And how is it linked to the treasured family recipe?

The book builds the suspense slowly and steadily, with the central mystery that fuels the flow unravelling over several decades and generations as Junaid tries to trace the contemporaries and descendants of his grandfather’s time. The narrative is wonderfully steeped in food culture and culinary traditions, which is really what ties all the characters together. Tragedy strikes several times over and finally, it is Sara, Junaid and Alice’s daughter, who must make the journey to Fatehgarh with her father to find the last few pieces of the puzzle.

Warrier writes simply and impactfully, moving seamlessly across time to spin a multilayered tale slow cooked like a good biryani. Junaid and Alice’s deeply felt love story lights up the novel; the narrative also soars when it explores the intergenerational bonds and their shifting nature: between Junaid and his parents, and later, his bond with his daughter, Sara. While history’s walk on part gives the book much sepia-tinted flavour, what imbues it with an urgency is its engagement with the changing Muslim identity in a global time, the intersecting new and old world orders and our role in it. Sara holds all its ingredients in a fine balance.

The writer is an independent journalist and book critic based in Delhi. She tweets @nehabhatt70 and @bookishbadish on insta