Kipling’s Panchayat of the Gods

The lines certainly smack of racism along with Kipling’s advice to the then American president that America had a ‘moral duty’ in the Philippines. 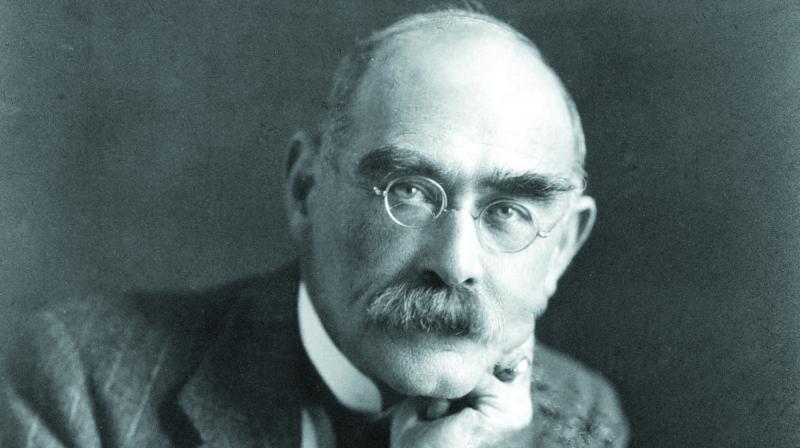 One of our most enduring and endearing memories is that of the noted thespian and actor Tom Alter interacting with an enthusiastic group of school principals and teachers in Delhi a couple of years ago. Tom regaled the audience with accounts of his early life in theatre and later in films. But it was poetry that inspired him. He had asked us earlier for a children’s book of poetry from which he could read an appropriate poem.

We gave him one of the volumes from the Poetry Magic series and he read ‘The Lapwing’ by Meera Uberoi. His reading entranced the audience and a chorus grew for another poem. Tom promised he would do so and would read a poem by Rudyard Kipling.

But before that he spoke of Kipling’s early life in India, and then schooling in England. His father was John Lockwood Kipling who spent many years teaching at the J.J. School of Arts and Architecture in Mumbai. Later, he would go on to illustrate many of Kipling’s books. Tom also gave examples of many of the buildings that Lockwood Kipling had helped design in Mumbai.

Tom, then cleared his throat and in his inimitable voice (now sadly lost to us) began to recite the poem ‘If’ by Rudyard Kipling. This inspirational poem is a long one and not easy to memorise unless one is compelled to do so as a part of classroom activity.

We had thought that Tom would recite a few stanzas. Tom had perhaps initially thought this too but the effect of the first few lines,

‘If you can keep your head
when all about you, are losing theirs and blaming it on you,
If you can trust yourself when all men doubt you,
but make allowance for their doubting’,
so electrified the audience that there was a concerted clamour that he should recite the entire poem. And this Tom did pausing only for occasional sips of water and also to ensure that everyone was still listening. And listen they did, spellbound. At the end, Tom got a standing ovation.

The poem ‘If’ written by Kipling around 1895 and later published first in 1910 in the book ‘Rewards and Fairies’ was meant as an inspirational poem Kipling wrote for his son John. Inspire the poem did for generations of school children and young men on the threshold of life. The lines of the poem continue to inspire gentleman cadets of the National Defence Academy in Khadakwasla, Pune and two lines from the poem,

‘If you can meet with Triumph and Disaster and treat those two impostors just the same’,

Etched in glass inspires the players before they step out to battle at the Centre Court in Wimbledon. It’s a moot point whether any tennis player has quite lived up to this.

Perhaps, Tom too intended to inspire all of us with ‘If’ that balmy evening in Delhi. Yet, it was this poem inscribed on the walls of the student’s union office at Manchester University that led to a violent reaction by the students recently. The students accused Kipling as a racial bigot and of having a colonial mindset. As proof, the students stated that Kipling was the author of ‘The White Man’s Burden’ written in 1899. This poem written by Kipling in the context of the American-Philippines war (1899-1902) exhorted the American people to take up the white man’s burden of ‘civilizing’ the Filipinos and its lines set the tone for Anglo-American colonisation in Asia and Africa.

‘Take up the White Man’s burden, Send forth the best ye breed, Go bind your sons to exile, To serve your captives need; Your new-caught, sullen peoples, Half-devil and half-child’.

The lines certainly smack of racism along with Kipling’s advice to the then American president that America had a ‘moral duty’ in the Philippines. Colonialism was implicit in many of Kipling’s writings.

Even the inspirational poem ‘If’ for his son John was secondary. The poem had originally been inspired by the adventures of a dashing colonial administrator Leonard Jameson who had in December 1895 led a raid against the Dutch Boers in South Africa. Jameson was defeated and jailed by the British government which had initially supported him. Jameson was adored by the British public who wrote pamphlets extolling his virtues and raised money for his defence. There’s no doubt that Kipling considered Jameson to be a martyr.

George Orwell had written about Kipling in 1942, ‘It is no use that Kipling’s view of life, as a whole, can be accepted or even forgiven by any civilised person’. Yet the same Orwell was to write later that after all the enlightened persons who despised Kipling had disappeared, Kipling endured. His stories for children, ‘Jungle Book’, ‘Rikki, Tikki, Tavi’ continue to sell along with ‘Kim’ and ‘Plain Tales from the Hills’. Disney has a remake of ‘Jungle Book’ almost every year.

The poem ‘If’ continues to inspire a listening audience as too was Tom Alter’s experience. Yet officials of Manchester University have now apologised to the students and presumably ‘If’ will now be taken off the walls.

A year ago, I was invited to the Ferozepur Literature Festival. In India a town’s claim to distinction, it must have a lit fest. So too, the border town of Ferozepur which has its own tradition of ‘changing of the guard’ between the India and Pakistan gates and along with a martyr’s memorial, and a shrine to Bhagat Singh, Sukhdev and Rajguru.

I racked my brains to come up with something suitably literary for the agenda was full of martial history and battles, I came across a story by Kipling ‘The Bridge-Builders’ in a collection called ‘the Day’s Work’. In all, there were 13 stories written by Kipling between 1893-96 when he was living in Vermont. In ‘The Bridge-Builders’, Kipling describes the building of the ‘Kaiser-i-Hind’ bridge across the Sutlej. The main characters are Findlayson the chief engineer and his Lascar assistant, Peroo.

In India, Kipling had stayed with Frederick Walton, the chief engineer who had built the Dufferin bridge over the Ganges. Kipling based Findlayson on Walton.In the story, the building of the bridge near Ferozepur is almost complete with a railway track across it. Findlayson receives a telegram warning him that floods have broken over the Ramganga upstream and it’s estimated that it would take about eleven hours for the waters to reach the bridge. Fearing for the safety of his bridge, Findlayson gives instructions to secure the girders and ropes and also for the workers to get to the safety of high ground.

The flood waters burst on them and Findlayson and Peroo are swept in a dinghy and marooned on an island. To calm his nerves, Peroo gives him some opium (Malwa’s finest) and in the night both Peroo and Findlayson hallucinate. They witness a meeting, a panchayat of the gods.

The mugger or crocodile represents Ganga, the bull, (Shiva), the black buck (Indra), the tigress (Durga or Kali), the gray ape (Hanuman), a drunken man (Bhairon of Kashi), the elephant (Ganesha) and the green parrot (Karma).

Mother Ganga is furious and wants Hanuman to bring down the bridge. There will be human casualties but only ‘a mere couple score of people’, says Ganga. All the gods speak one by one and the consensus is in favour of destroying the bridge. In the end, Krishna appears. Karma, the parrot perches on his shoulder and appraises him of the events. ‘Was there no one to speak for the people?’, Krishna asks. The gods shift uneasily.

Ultimately, Krishna counsels patience. ‘The evil (the bridge) has been upon us for only three years. If we destroy it now, they will only build another. We have all eternity to do this’. Finally, the bridge stands and the flood waters recede. Kipling used the metaphor of the bridge as a symbol of imperialism, ‘tame the waters of the mighty Ganga’. But was he also saying that in time, it could be done away with?