Unravelling the mystery around Bhagwan Rajneesh

Sheela eventually plea-bargained a 39-month prison sentence, and after that was served, shifted to Europe to pull her life together post Rajneesh. 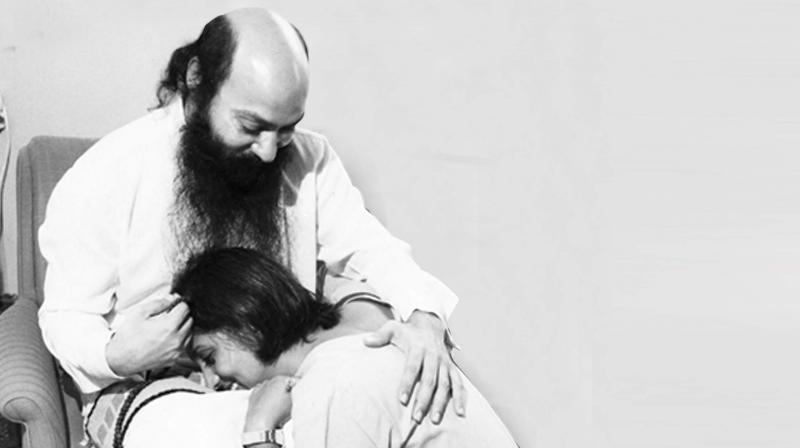 Ma Anand Sheela was very closely linked with Rajneesh. Her association with him began when her father invited the then travelling philosopher — he was not yet a bhagwan — to visit their home in Baroda.

I must confess I had an agenda when I agreed to review Don’t Kill Him: The story of my life with Bhagwan Rajneesh by his former secretary Ma Anand Sheela. For the last few years I’ve been thinking about godmen and the bhakts who follow them, so this book seemed perfect for me. Hopefully, I’d get to understand what makes a person so loyal to someone that she or he would see him as a god and do literally anything in seva. Hopefully, I’d learn how such a person holds his bhakts with such strength that they are not only blind to the possibilities or even facts of criminal wrongdoing, if any, but actively justify them. Maybe I’d even begin to understand the concept of faith, something that has eluded me from the age of four when, apparently, I first told my parents that there is no god and, therefore, I had no need to pray.

All that aside, I was genuinely curious about the book. Rajneesh, also known as Osho, was one of the most controversial godmen the world has ever known.

I was uninterested in him at the time of his heyday (the 1970s and 1980s), but it was hard to escape reports about his ashram in Pune, a place where the weirdest of things occurred apparently, and not in a good way.

Later, I learned a bit more about the Osho phenomenon, so to read a book written by one of his most devoted former worshippers, one who had been one of his closest working associates but who had eventually been excommunicated —would be intriguing. So I began the book, hoping against hope that it wouldn’t be gushy, or unreliable. And having finished it, I have more questions on the nature of faith than I had before I started it.

Ma Anand Sheela was very closely linked with Rajneesh. Her association with him began when her father invited the then travelling philosopher — he was not yet a bhagwan — to visit their home in Baroda when he happened to be in town. It was mutual love and trust at first sight, apparently, though Sheela became part of Rajneesh’s brigade some years later. By then the man had become a god and had already drawn a number of devotees from all over India and abroad, though he was not yet Osho and still worked out of an apartment in Bombay (now Mumbai).

It was after the opening of Pune ashram that Sheela became Rajneesh’s secretary, and it was she who oversaw his move to the USA during India’s Emergency, and set up and thereafter managed Rajneeshpuram, the ashram in Oregon. And it was from Oregon, after some years, that Sheela felt compelled to quit because of Rajneesh’s extravagance (he had a fondness for Rolls Royces, for example, and like many of us when it comes to potato chips, couldn’t stop at just one), the cold-blooded way he exploited his devotees, particularly those with fat wallets, and the general breakdown of ashram rules and beliefs that was the inevitable outcome of this corruption.

The book begins with this episode, because in breaking away from Rajneesh, Sheela paid a heavy price: her god accused her of several crimes, including the embezzlement of $55 million, and the state of Oregon, which had not been impressed by Rajneeshpuram, also accused her, Rajneesh and several other senior members of the ashram, of conspiring to assassinate members of the state administration. Sheela eventually plea-bargained a 39-month prison sentence, and after that was served, shifted to Europe to pull her life together post Rajneesh.

You’d expect, therefore, to find non-stop ranting in her book about her life with Rajneesh, but Ma Anand Sheela, who never lost her faith in Rajneesh, the bhagwan, despite his many, many failings as Rajneesh, the man, does nothing of the sort. She does, however, dispassionately detail the way the godman felt about his devotees, the way he exploited them, the way he set out to be controversial so he’d always be in the news and, so , attract more devotees.

But it’s how she feels about Rajneesh that I found most fascinating. For her, it was as though he was two entities: god and man, and no matter what the man did, the god remained pure. Sheela even believes that her travails after quitting the ashram were “staged” by Rajneesh to help her grow further spiritually. Though he publicly trashed her, she remained faithful — which explains the strange title of this book. Despite all the controversy, the exploitation, the nastiness, “don’t kill him”, she says. The man may be dead, but don’t kill the god.

This level of faith is almost worth my admiration, I thought, till I read the chapter in which Sheela outlines the kind of devotees Rajneesh attracted: Many different people from all sorts of ways of life came to Bhagwan, and most of them brought their own ideas with them. However, those who came purely out of love had it easiest to understand and follow Him. Their mind did not work hard, and so they could devote themselves to Him.

Well. This needs some thinking about, if you ask me. I must put my mind to work. Meanwhile, do I think you should read this book? Yes, but only if you’re curious about human deities.

Don't Kill Him! The Story of My Life with Bhagwan Rajneesh by Ma Anand Sheela, Fingerprint, Rs 250