Take George Bruce Malleson’s The Decisive Battles of India from 1746 to 1849, which is considered required reading for Plassey. 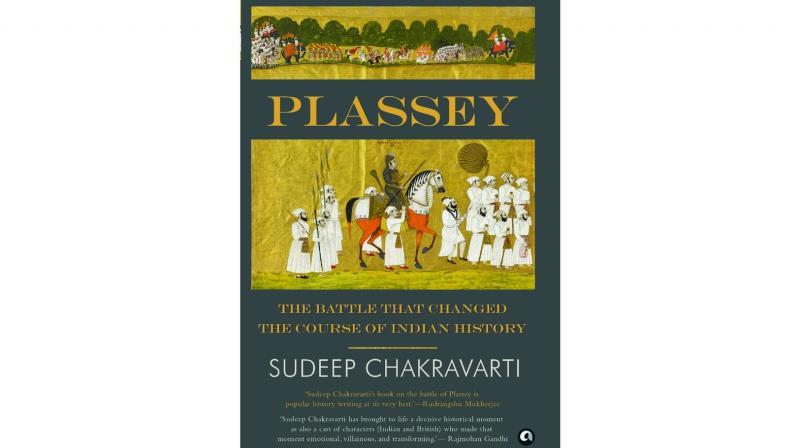 Plassey — The Battle that Changed the Course of Indian History, By Sudeep Chakravarti Aleph pp.695; Rs 799.

Take George Bruce Malleson’s The Decisive Battles of India from 1746 to 1849, which is considered required reading for Plassey.

Malleson, an officer and civil servant in India who transitioned from Company to Crown after 1857, offered a paean to the British treatment of its colonial subjects in India as compared to the injustices Russian despots practised on their subjects:

Not in this way did the British behave towards the races of India. In all their onward progresses they had the assent and support of the populations who desired to maintain law and order. The decadence of the Mughal rule was proceeding rapidly when Clive first landed in Bengal. Then the buffalo was to the man who held the bludgeon. These pages show how, under English rule, the buffalo is the property of the man, woman or child who has the legal right to possess it. We have shed no blood except on the battle-field, and the blood we have shed there has been the blood of the oppressors of the people.

While it isn’t difficult to disprove this astonishing declaration in these relatively unblinkered post-colonial times, aided by greater access to information and saturation-research, Indian historians and chroniclers active in the late-Raj era of the twentieth century did so too. But they, and their colleagues who followed, both in India and overseas, also readily grasp at a certificate to Siraj that Malleson provides in the same work:

Whatever may have been his faults, Siraju’d-daulah had neither betrayed his master nor sold his country. Nay more, no unbiased Englishman, sitting in judgement on the events which passed in the interval between the 9th February and the 23rd June [1757], can deny that the name of Siraju’d-daulah stands higher in the scale of honour than does the name of Clive. He was the only one of the principal actors in that tragic drama who did not attempt to deceive!

Nobel laureate for literature Rabindranath Tagore actually referenced this assertion of Malleson in a critique of a book, Sirajuddaula, by the historian Akshaykumar Maitreya in 1897. Both the book and the critique were in Bengali. Maitreya’s tone is often sarcastic when remarking on the post-Plassey era (‘Ekhon amra shobbho hoiachhi’—we are now civilized—when discussing life in rural Bengal, for instance), and his work was arguably the first that offered a structured defence of ‘the unfortunate Sirajuddaula, riven by calumny and perennially held by history as guilty’. This quote from a translation of Tagore’s critique by the scholar Rosinka Chaudhuri concludes the comment: ‘Sirajuddaula may not have been a person of the highest character and greatness, but his bravery and simplicity…and humility…sparkles in the low falsehoods this dispute has brought to the fore. That is why Malleson highlighted it…’

Tagore conceded that Maitreya had gone somewhat overboard in his defence of Siraj. ‘In only one department has he [Maitreya] broken the laws of history. Although he has not tried to conceal any of the flaws in Siraj’s character, nevertheless, he has taken his side with a shade too much of enthusiasm. Instead of presenting his material calmly with the sole aid of historical witness, he has revealed his own opinion at the same time with a little too much impatience and ardour. Fighting a rigid and hostile prejudice and facing blind and unfair opinion at every step, he naturally becomes extremely agitated. But the peace that resides in truth has been destroyed in the process, and the reader has occasionally been a little troubled by the thought, quite without foundation, of favouritism.’

But Tagore also had a word in his critique, written in 1898, on an Anglo-Indian paper being livid about the book: ‘…as long as we are weak and the English strong, our criticism of the English is nearly harmless to them, their criticism of us is deadly. Our newspapers may only cause a bit of ear ache to them and their memsahibs, but their newspapers spray bullets into our heart…’