All in all, S.D. Burman is an excellent and welcome addition to the existing oeuvre of scholarly books about Bollywood. 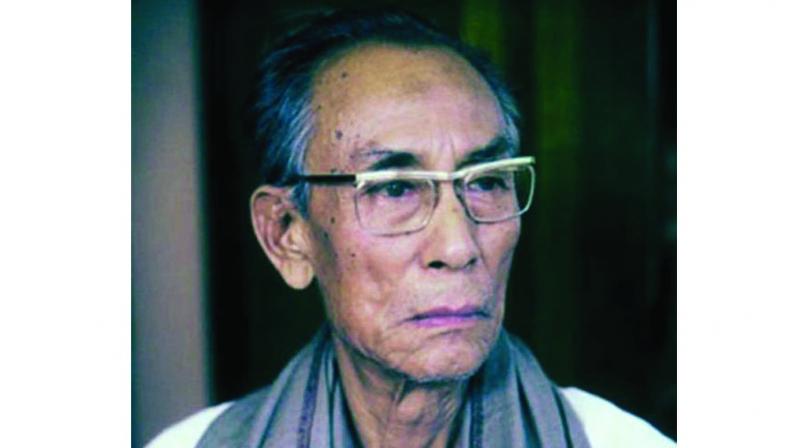 R.D. Burman is probably the most popular composer Bollywood has ever produced so it is natural that his fame overshadows that of his father, S.D. Burman. Not that this was something Burman senior himself would have disliked. In the book, S.D. Burman: The Prince Musician, the authors narrate that in the later part of his life, S.D. was already being called R.D.’s father and this pleased him no end.

Written by Anirudha Bhattacharjee and Balaji Vittal — who have written a biography of R.D. earlier — The Prince Musician is a careful recollection of S.D.’s life and times, and most importantly, his compositions, which regaled cine-lovers till the 1970s. The authors start with his period of struggle in Calcutta in the 1940s, reeling under the Bengal famine and the Second World War. Work was hard to come by although when he finally left Calcutta for Bombay, S.D. had made a name for himself as a composer in Bengali films. He was particularly inspired by the folk music of Bangladesh, his actual home, and it remained an abiding motif in his compositions over the decades, for example, in the song Wahan Kaun Hai Tera from Guide.

In Bombay, S.D. made a hesitant but steady beginning. Relying on the stock of Rabindra Sangeet tunes that he had, along with his own compositions in Bengali he composed for films by major directors like Bimal Roy, including his major hit Devdas. 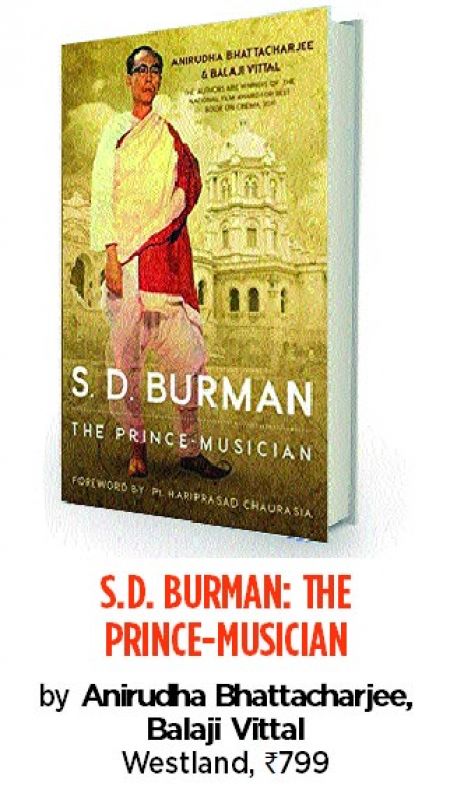 However, it was only when he met the Navketan group — Dev Anand and his brothers, especially Vijay Anand, a master at song picturisation, along with Guru Dutt that his career saw an upswing and established his legacy.

S.D. soon gained a reputation as a composer of club songs which went against the grain of his persona in real life but it also showed that he was a musician who could adapt to the Western style of playing, in vogue back then, and was unencumbered by conventions. He was also attuned to changes occurring in the post-Independence Indian society which was modernising fast. For example, the refrain “hey hey hey” with which his legendary song from Baazi — Tadbeer Se Bigdi Hui — starts was very much intentional as it demonstrated the freedom women of the time had begun to enjoy and revel in, epitomised by Geeta Dutt crooning the number to the backing of a guitar in a gambling den.

Other than filmmakers who understood and respected his music, S.D. was also lucky to meet a lyricist and poet of the stature of Sahir Ludhianvi — who literally forced his way into S.D.’s life and music as the book humorously narrates. Both probably did the best work of their lives in Pyaasa, Dutt’s magnum opus about an ignored poet who receives posthumous recognition. (In S.D.’s case, Guide’s shadow looms large over his career, as another strong claimant to being his best work.) S.D. also worked with another great poet Kaifi Azmi in Kaagaz Ke Phool, which many consider to be Dutt’s best work but which flopped miserably when it was released. The authors narrate what Guru Dutt himself said about the film: “It was good in patches. It was too slow and it went over the head of the audiences.”

The interesting thing about Guide — for which Shailendra wrote the lyrics — is that R.D. had come of age musically and was already helping S.D. According to the authors, it was R.D. who had composed the mukhda for that gem of a song from Guide — Gaata Rahe Mera Dil. (Incidentally, it is the title of another book by the authors who are the recipients of a National Award for their R.D. biography.)

Of course, as is fairly well-known, it was R.D. who played the harmonica in the song Hai Apna Dil To Awara from the film Solva Saal, for which S.D. gave the music.

By the 1970s, S.D. had reached the peak of his fame. As the authors note: “The star singer of undivided Bengal was now the star composer of film songs in India.” His reputation was further enhanced by his work in films starring Rajesh Khanna, the superstar who took the industry by storm with films like Aradhana. In 1973, S.D. composed several hit tunes for the Amitabh and Jaya Bachchan-starrer Abhimaan, about the ego tussle that threatened to destroy the relationship between a musically-inclined couple.

Eerily, the same theme played out in S.D.’s life too: his wife Meera who was a talented composer herself felt that her career suffered in S.D.’s shadow and blamed him for it. She would go insane in her later years and even abuse S.D. — it was a source of immense sadness for him and he resorted to drinking to get over it. One was reminded of the terse relationship between Annapurna Devi and Ravi Shankar, the great sitarist, while reading about this poignant episode in S.D.’s life.

All in all, S.D. Burman is an excellent and welcome addition to the existing oeuvre of scholarly books about Bollywood. (Reviewing this book also gave one the opportunity to listen to S.D.’s mellifluous tunes again, which was a very pleasant reward in itself.)

Abhimanyu Kumar is a journalist based in Delhi. His first book of poems, Milan and the Sea, was released last year.