The riots that caused the “rupture and loss” that the book’s title refers to go all the way back to 1983. 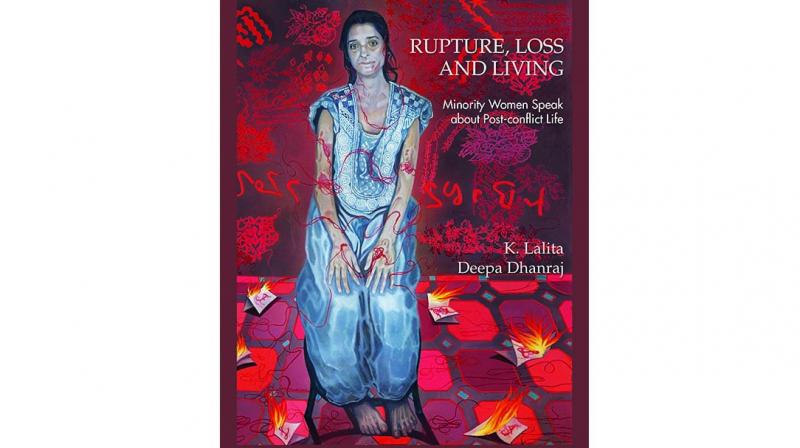 The “poor Muslim woman” is today much in the news. The PM’s heart bleeds for her, as does the UP CM’s. The book under review serves to expose the hypocrisy of these two Hindutva icons. Nineteen Muslim women interviewed in it recount how they went from a life of contentment to one of despair in the space of a few hours because of the politics of Hindutva.

The riots that caused the “rupture and loss” that the book’s title refers to go all the way back to 1983. The phrase “let bygones be bygones”, bandied about in the aftermath of riots, is exposed in all its hollowness here. When no one is punished, victims can never think of riots as “bygones”.

Forgetting is a luxury beyond them, though some, like Masumah Iqbal, may forgive. Her Hindu neighbours hid her brother when mobs roamed around outside, and escorted her family to a hospital when he was shot by the police inside a mosque in Mumbai. Yet, some of them looted her father’s shop. Her father was described by all as “Devmanus” — God’s good man.

Masumah forgave them because they apologised later. When her brother’s body was brought home, the Hindus cried too.

Having followed Mumbai’s 1992-93 riots cases for years, this reviewer has realised that while justice may remain elusive, remorse by the aggressors goes a long way in helping victims cope.

There are few signs of such remorse in Gujarat, though the women interviewed would jump at the faintest sign of it.

Uprooted from their familiar surroundings, where they lived happily, as much Gujarati as their Hindu neighbours, they long to go back and recapture that sense of belonging which eludes them in their new homes in Muslim ghettos. Contrary to popular perception, the interviews show that even in the 2002 Gujarat carnage, there was always one Hindu neighbour/acquaintance who warned Muslims to leave before Hindu mobs got there, or, even escorted them to safety at grave personal risk.

This book should be part of high school and college syllabi so that those born when these riots have faded from public consciousness can learn about the toll taken on innocents by the politics of communal hatred, practised or patronised by both ruling and Opposition parties. It’s not just the loss of loved ones that leave families devastated, but also the trauma of permanent disability, the humiliation of being suddenly dependent (women feel this as keenly as men), the abrupt end to the dream of education, and the descent into depression as they try to cope with the betrayal of trusted neighbours and the knowledge that life will never be the same again.

Post-riot, there are two parallel movements evident among the women. Independent women who had never thought of themselves in religious terms, suddenly find that their Muslim identity is all that matters to the world. Angry enough at that, they turn bitter at the realisation that overnight, the routine privileges of citizenship that they had taken for granted are no longer accessible — the freedom to live anywhere in cities they considered their own, for instance.

Parallel to that is the transition of ordinary housewives to independence. The book breaks the stereotype that all Muslim girls get pushed back into even greater restrictions after riots. Interestingly, some of the women complain about their sons having turned overtly orthodox, while they themselves have moved forward. Pushed out of their sheltered lives, they’ve been forced to negotiate the world, which they’ve found, can be incredibly cruel. They face callous and communal babus and cops, vicious doctors in public hospitals and the merciless appraisal of their own community. But the world also turns out to be exciting. Their innate intelligence and leadership potential, unused during their earlier placid lives, flowers as they handle crisis after crisis. While NGOs help in this process, their mothers’ support is pivotal. The book should be translated into Urdu, so that smug, self-styled leaders of the community can discover what their women can do.

The book’s format — women speaking of their lives before and after riots, without the interviewer’s intruding presence, allows you to feel every emotion the women express. At the end of 19 long soliloquies, you are left overwhelmed. One question, however, remains: Why were only Muslim women chosen? Wouldn’t the inclusion of Hindu women whose lives were changed by communal violence, have deepened our understanding of the effe-cts of communal violence?