‘Don’t believe in death penalty, even for Nirbhaya rapists’ 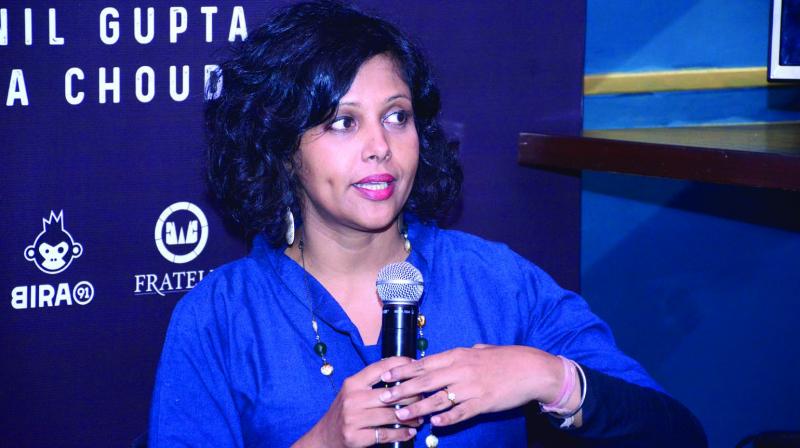 He has been described as a jailer with a soul, and a law degree. After retiring from service in 2016 as legal advisor, Tihar Jails, Sunil Gupta now fights for the rights of the underdog in the Delhi High Court. A witness of eight hangings — including those of Ranga, Billa and the Indira Gandhi killers — the self-effacing 63-year-old says he does not believe in the death penalty, even for the ‘Nirbhaya' rapists.

Below are excerpts from a conversation with Mr Gupta and journalist Sunetra Choudhury who, along with him, has penned Black Warrant: Confessions of a Tihar Jailer (Roli, pp. 208, Rs 395), the go-to book for a glimpse inside India’s largest jail.

Q. Sunetra, you have been a prison reporter and have also written Behind Bars, a prison diary of VIP prisoners. What is it that excites you about prison reporting?
Sunetra: It’s the stranger-than-fiction aspect of such stories and the fact that most people don’t know what happens behind those high, guarded walls. For a reporter, nothing gives more pleasure. And jails seem to be an endless source of the unknown.

Q. You draw a parallel between Maqbool Bhat and Afzal Guru’s hangings in terms of Mr Gupta’s reactions to them. Why? Mr Gupta, please also elaborate.
Sunetra: Both were convicted of being Kashmiri separatists. Both were bookish, intellectual, and unlike others who spew venom against the Indian state. Maqbool, who pre-dates TV media, spent his time reading religious texts and actually fought and won the right for inmates to keep stationery in jail. Most importantly, both were hanged due to a twist of fate. The diplomat, Ravindra Mhatre’s death had nothing to do Butt and JKLF. Finally, both were buried in Tihar, quietly and after having been deprived of a last meeting with their families.

Sunil Gupta: Maqbool was a jihadi. Afzal, on the other hand, told me before his hanging that the whole azadi issue had never been his fight. That his hanging does not end up causing more bloodshed was his last wish.

Q. Is it true that as per Indian law, a person cannot be hanged twice? What is the procedure to be followed if a person does not die by hanging?
Sunil Gupta: There is no procedure laid down in the jail manual. The immediate task before the superintendent jail is to extinguish the convict's life so that the court order is complied with. If someone is heavily built, he will die the moment he is hanged. Not so with people of a lighter built. In Ranga’s case, someone had to go in the pit and pull his legs until the last breath was drawn out of his body.

Q. Of all the hangings that took place in your tenure, Mr Gupta, which one was the most avoidable? Which one was inevitable/'best-deserved'? Do you believe in the death penalty? The question is open to both the authors.
Sunetra: I don’t believe in the death penalty because statistics have shown it to be completely ineffective as a deterrent. In some cases, it even encourages the attacker to kill their victim.

Sunil Gupta: I fully agree with Sunetra’s statement. The death penalty has no place in a civilised society. A civilised society does not exact revenge on a convict. For instance, the media regularly says, what about justice to ‘Nirbhaya’, justice to the family? The family, of course, would want revenge. But if that happens, you end up taking the law in your own hands. What happened in Hyderabad was jungle justice.  If you really reflect upon it, what is a more stringent punishment — death or life?

About the ‘unfairest cut’. It was when we hanged Kartar and Ujagar Singh (for murdering the wife of President V.V. Giri’s eye surgeon Narendra Singh Jain; Jain had been having an affair with his secretary). They had charged only 500 rupees to kill Vidya Jain. After spending 10 years in jail, they were hanged. Jain and his paramour were spared. If you ask about the best-deserved one, I would say it was that of the Indira Gandhi assassins.

Q. Mr Gupta, when you talk about the acquittal of Balbir Singh and the convictions of Kehar and Satwant, why do you write that there were aspects that were “deeply flawed”? What were these flaws?
Sunil Gupta: The foremost of these flaws was that the trial was conducted inside the prison. If someone enters the prison to depose against the prisoner, there is pressure. The main witness in the trial was Bimla Khalsa, widow of Beant Singh. Every time she gave her testimony, she would go, “tthik hai na? Thhik hai na?” (Laughs.) That made for a bad show. On the day of the pronouncement of judgment, R.S. Sodhi, the lawyer of Satwant Singh, was stopped outside the court. He was not allowed inside until the judgment was pronounced.

Q. When you think back on your career, are there any personalities that you think of fondly?
Sunil Gupta: That would be Anna Hazare. He was a pure soul. But he was manipulated by other people. 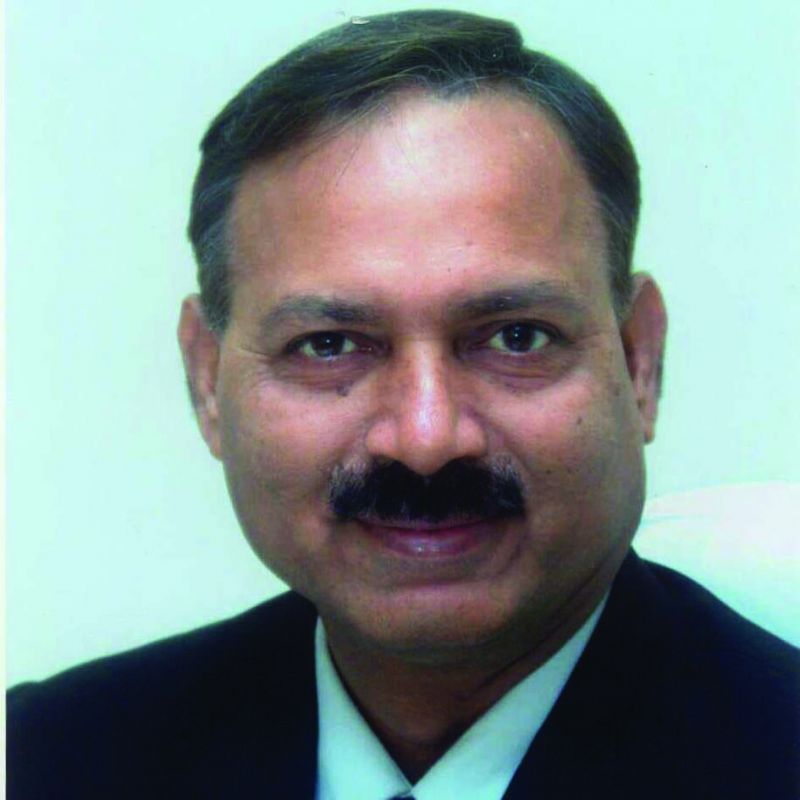 Q. Mr Gupta informs the reader about the extraordinary marriage of Matron Raju Mukherjee with a rape convict. As a woman, my question to Sunetra would be: How subversive do you think Ms Mukherjee’s marriage would have been today, in the time of #MeToo?
Sunetra: I think it isn’t about being subversive. It is about women being caught in extraordinary circumstances. In a prison, with odd hours and odd characters around you, who do you find attractive? Also, when you tell people you are a jailer who works till late in the night, which man will think you are a ‘suitable partner’? I think Sunil Gupta’s story highlights the desperation of everyone involved and also reminds us that love can bloom in unlikely places. Perhaps, love can even be truly blind.

Sunil Gupta: One can comment it is immoral on her part to marry a rapist, but she was brought up in an orphanage and when she joined prison service she had quite a low self-esteem. Then there was the question of emotional sustenance. When she returned from duty every day, she met this man who was the deputy superintendent’s orderly. And in the end, it is just a question of rapport between two individuals. If she selected him as her partner, it is her free will. Indeed, there were three or four other similar instances. My own intern married a man who had killed another in the heat of the moment. Both are doing great now — the husband is a very successful businessman, with his own breweries, and their daughter is a student in the United States.

Q. Today we are (hopefully) exercised about the lack of awareness regarding the law on disclosing the rape victim's identity. It is pertinent to note that India’s bravery awards for children, given out on Republic Day, are instituted in the name of Geeta and Sanjay Chopra. What was the procedure followed by the media in reporting this case at that time? This question goes to both the authors.
Sunetra:  I think in terms of coverage it was similar to what the ‘Nirbhaya’ case got. The incident really shocked the nation. It became a major talking point in Parliament and led to the Prime Minister visiting the victims' homes.

Sunil Gupta: As you are already aware, the law to not disclose the name of the woman was not there in 1978 when the incident took place. It was only introduced in 1983. So everybody, including police, would take the victims’ names. And it was the home minister, Charan Singh, who came out with the idea of the award in order to inculcate bravery among children. Morarji Desai was the prime minister at that time. Both the kids had fought their attackers tooth and nail. From the very next year that they died this award was instituted.

Q. Mr Gupta tell us more about the phenomenon of women trying to get arrested so that they could birth a ‘Krishna’. You have not narrated what they did to accomplish this.
Sunil Gupta: They would be arrested in Excise Act cases, for carrying more than the legally permissible quantity of liquor. Most were pregnant women. They would deliberately break the law so that the pre-natal as well as the post-natal care is taken by the government. (Laughs.)

(Is it also true that the population of Tihar rises every year during the winter season?)
There are isolated cases (of petty crime). The average population increases by about 100 during this time.

Q. My last question again goes out to the both of you. Mr Gupta mentions that during his time in Tihar, badminton used to be one of his favourite sports and he played with such well-known partners as Charles Sobhraj and Manu Sharma. Mr Gupta, what are your favourite activities post-retirement? Sunetra, do you believe sports and intellectual work can go together?
Sunetra: Of course, they can go together. Remember, many people feel that you have to play hard to work hard.

Sunil Gupta: I am a regular jogger and once did yoga daily. I also like to play badminton.