Films were a passion in his life from his very young days and it is a passion that still continues. 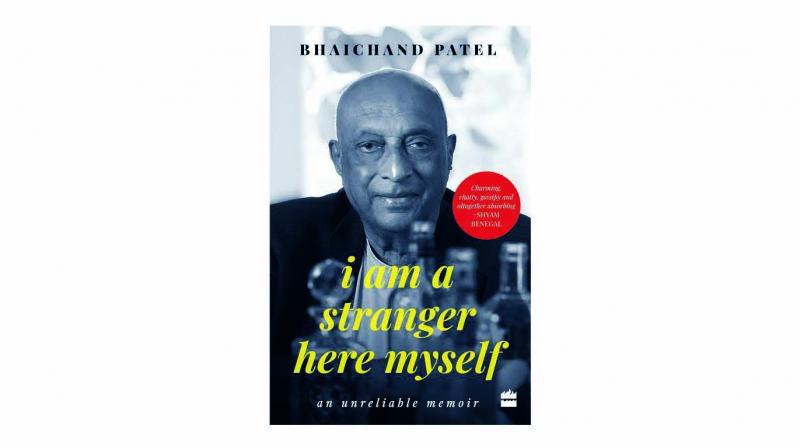 I am a Stranger Here Myself: an unreliable memoir, by Bhaichand Patel HarperCollins pp 260; Rs 699.

Bhaichand Patel is a combination of many things. Despite having known him for many, many years, I had no idea he had in him all the many experiences he recounts in this engaging memoir — with wit, humour, moments of sadness which emerge despite his brushing them away with witty asides.

This book is anything but an autobiography. He talks about his life, yes, but in a novel manner, describing episodes, people he met and knew, his travels across the world in the work he did. Coming from Fiji, he studied in Delhi, went on to London as a lawyer and ended up joining the United Nations to the end of his working life. He describes in the most light-hearted manner the people he met, the number of countries and cities he travelled to, with 15 years of working in New York, spending eight years of his working life in Delhi,  and finally  in Manila. After Manila he settled down into a retired life in Delhi — after spending two years in Mumbai exploring the possibility of living there. Not satisfied with Mumbai he moved to Delhi — into a life which has been anything but retired!  Parties galore, friends all over Delhi and all over the world.

He has led a full and fancy life, which started as a fairly frugal existence as a child in Fiji where his parents went from Gujarat and where he grew up, to college in Delhi, and on to London to study law. Then the amazing life began, from studying law in England, to the UN in New York with assignments which took him around the world — from several years in New York, to Cairo and Haiti, to Caracas and Helsinki, to Jerusalem, to Delhi and on to his last posting in Manila. He was posted for eight years in Delhi, ending as head of the UN Information Centre which must have been when he decided he would spend his retirement years and where he is still in great form, partying with a host of caring and loyal friends — and editing and writing a large number of books — this being the latest one about his full and adventurous life.

He does not say. Who did he marry, what happened to his marriage? Who knows… What was his work like with the United Nations — that is a part of his life that Bhaichand also does not go into. Instead, he has chosen to write an altogether very entertaining story of his personal life, from the people he met, the variety of experiences he had in his life — all recounted with wit and humour and obviously with vivid memories of the several lives he has lived and the memorable relations he has had with a vast variety of people across the world. There are photographs of him with Pandit Nehru, with Indira Gandhi, with the UN Secretary-General, the King of Bhutan and, surprisingly him with two high-level Indians — Barrister Rajni Patel and Russi Karanjia — at his wedding reception who gave him his first break as a lawyer and as a journalist, after he graduated. But wife? Obviously this is something he does not want to mention. It leaves one wondering who she was and what happened to the marriage… His vast and varied experiences of life — and the people he knew — in different places across the world, are what have clearly stayed with him all these years. And they make very entertaining reading — about parties, food, sexual encounters, details about liquor and food and in the last pages a great deal about cinema. Films were a passion in his life from his very young days and it is a passion that still continues…

Now he has decided to spend the last years of his life in Delhi, which he considers home more that Fiji which he left a long, long time ago. He still visits Fiji occasionally — and the US annually where both his daughters are settled — but his life is centred in Delhi along with the many, loyal friends he has.

He is a great raconteur — a book filled with incredible memoirs told in an absorbing, light-hearted manner of the many worlds he lived in, the many relationships he had, the many, many friends across the world and in Delhi where he has chosen to spend the rest of his memorable life.

The writer is an eminent film critic and historian, author and maker of documentaries, a member of several international festival juries and one of the top scholars of Asian cinema.