Politicians are also usually great raconteurs. In addition, they have an ear for gossip. 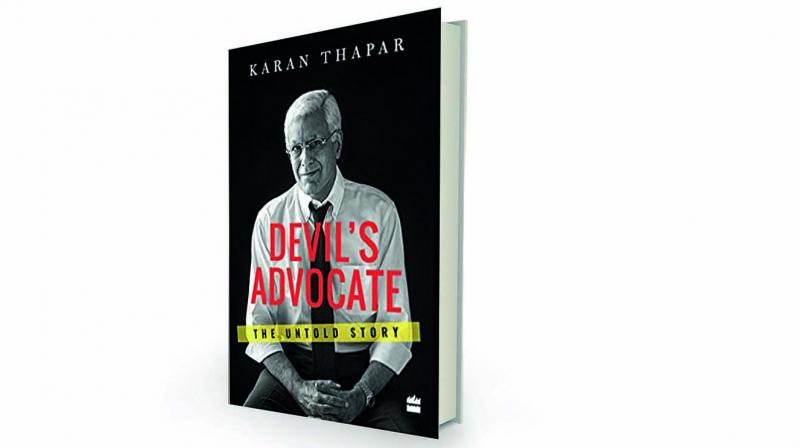 Over all these years I got a chance to view Indian politics and, more importantly, Indian politicians intimately. I can’t say that many became friends, but the vast majority are much more than acquaintances. I saw them in moments of jubilation, but also desperation and despair. I saw them struggling, but also celebrating. And I have experienced their generosity as well as their pettiness, anger and even vengeance.

These days it is commonplace to be critical of politicians. Most people claim to despise them, few respect them and only a handful admire them. Journalists and, perhaps, TV anchors in particular, bear a lot of the responsibility for the way politicians are viewed. We've exposed their underbelly - and in the process some of us have won laurels for doing so.

Yet, politicians have some rare qualities that the rest of us don't always possess. For one, they're often ready to help when you're in need. I know they gain votes or publicity from this, but the number of times they have cheerfully overlooked delays or accepted last minute invitations and willingly replaced a guest who had ditched me at the eleventh hour are far too many to enumerate. Collectively, they do prove that they can be generous and accommodating in a way the rest of us often are not.

Politicians are also usually great raconteurs. In addition, they have an ear for gossip. together, this means they can be engaging company. An evening with a politician bubbles with the recounting of scandals and rumour, anecdotes and exaggeration, and a multitude of jokes.

As a result, they are very convivial. Even those who don’t drink are rarely shy. They like the limelight and have acquired the art of knowing how to stay in it.

Perhaps the best way of recounting the 28 years I’ve worked in India as a television anchor is by writing about some of the politicians I got to know and my stories about them.

However, the first sitting Prime Minister I interviewed was P.V. Narasimha Rao. It happened just 24 hours after he was sworn-in and the lady who made it possible was his confidante, Kalyani Shankar. The fact that I knew Rao wasn’t enough for me to get an interview once he had become Prime Minister. Kalyani, however, knew him far better.

At 6 in the morning the day after Rao’s swearing-in, Shobhana Bhartia rang up to ask if I wanted to interview the new PM. There was no question of my saying anything other than a very eager and enthusiastic yes.

“Well, ring Kalyani,” she said. “She can wangle it for you. She’ll probably arrange it for later today.”

“Are you sure? As fast as that? This is his first day as Prime Minister!”

Shobhana laughed. At the time I had no idea how close Kalyani was to Narasimha Rao and, therefore, how powerful that made her. ‘Kalyani can manage anything. Give her a ring and find out for yourself.”

To my astonishment, Kalyani told me to arrive at the PM’s house which, at the time, was 9, Motilal Nehru Marg, at 1PM When I said that the security guards wouldn’t let me in, Kalyani brushed aside my concerns and told me not to worry about little things like that.

So, the crew and I arrived sharp at 1. The Prime Minister wasn’t home. I presumed he was still in office. The guards, however, were expecting us and we were waved through. When the car pulled up at the porch, Kalyani was there to receive us.

“Would you like to do some filming before the PM comes?” she asked.

When we agreed, she took us straight to his bedroom. It wasn’t just simple; it was spartan. The four legs of the niwaar bed had bamboo rods tied to them and they sported a mosquito net on top. This was uncannily similar to the “machchhardanis” I remembered from Doon school. Along the wall on the other side of the room was a bookshelf and, adjacent to it, a rather large computer. Leaning against the bookshelf was a tennis racket and a tin of slazenger balls.

Never before — and, indeed, never after — have I been taken to a Prime Minister’s bedroom and allowed to film whatever I want. The crew realised this was an opportunity that even the PM might not have granted had he been there. So they started filming immediately and pretty comprehensively.

As they did so, I noticed that hanging from the top of the mosquito net were three or four of the Prime Minister’s underpants. I assumed they'd been washed the night before and left to dry. The cameraman was the first to notice and quick to film them.

I got to know Chandra Shekhar in rather strange, if not also unpropitious, circumstances. He was Prime Minister when Eyewitness was launched and the opening episode had an interview with him. This got us into a terrible fight but once resolved, it also made for a firm and lasting friendship.

The interview was just a 10-minute affair conducted by one of the more promising correspondents on the Eyewitness team, Savyasaachi Jain. I knew it had to attract attention, otherwise the first episode would not make a mark.

I, therefore, decided that it had to go beyond the normal conventional political questions. I asked Saachi, as Jain was called, to question Chandra Shekhar about his clothes and general appearance.

At the time, it was unheard of to question the head of government along these lines. In Britain, where I had come from, this would be taken as good fun. In India, it was seen as impertinence. Actually, downright rudeness.