Cut above the rest 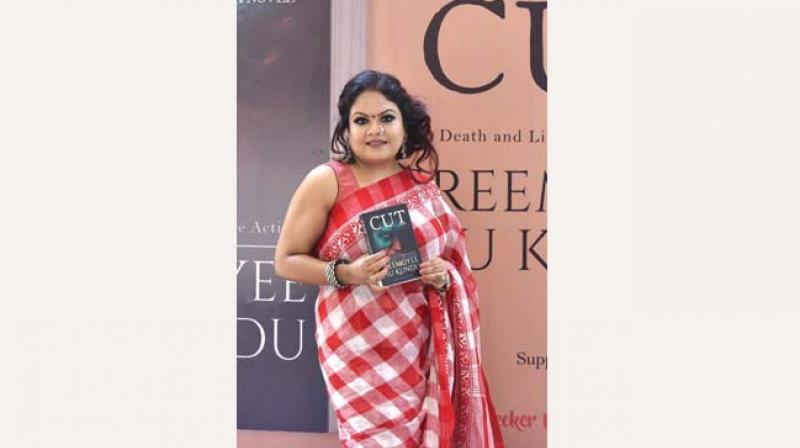 A small-time Marathi tamasha kalakaar – Amitabh Kulshreshtha, who once ruled the stage and the hearts of the audience, had fallen into disrepute owing to his loss of memory, deafness and debauch drunkenness. He was discovered lying dead, under mysterious circumstances on a local train, having boarded the ladies’ coupe. The way his body lay unclaimed for days at a Mumbai hospital morgue haunted author Sreemoyee Piu Kundu for years until she finally decided to bring to life his journey in a book titled CUT: The Death and Life of a Theatre Activist. The novel highlights Amitabh’s contribution to regional theatre that was conveniently forgotten and brushed under the carpet. “I drew the character of Amitabh Kulshreshtha from a real-life incident way back in 2004 in Mumbai,” says Sreemoyee Piu Kundu, whose ambitious read draws inspiration from the life of the Marathi stage thespian known for his politically satirical character roles that defined the ordinariness of the middle class in Mumbai.

Being a regular at Marathi plays during her stay in Mumbai in 2004, a small news snippet in the regional dailies caught Sreemoyee’s attention, one day. Sreemoyee in her book rebuts all those demeaning theories that floated about the artiste’s accidental almost dishonourable death, through a real account from her own memories and research. “The way the local Marathi channels kicked up the dust on his death – painting him in myriad shades – his personal life was dug into and dissected. Being in the know of his work, I knew I have to bring forth the reality,” insists the author. 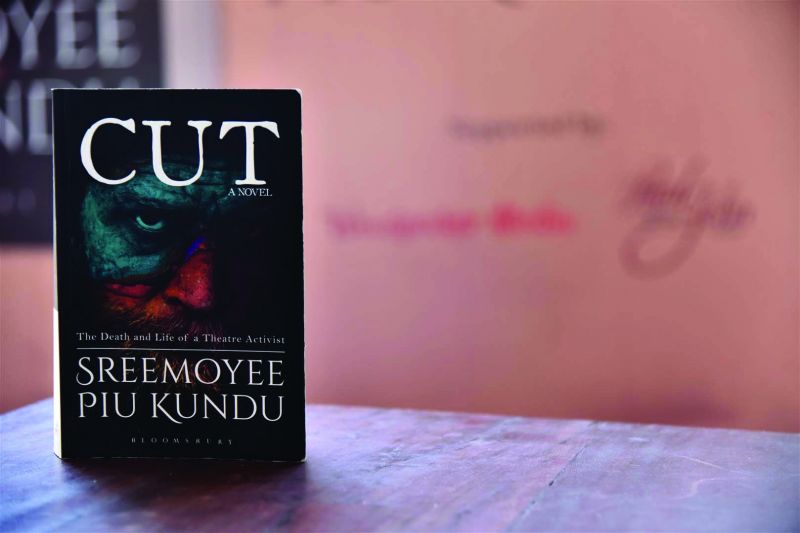 Unapologetically political in its narrative, Amitabh Kulashreshtra towers over the drama. The four primary characters – his wife Sarla Kulashreshtra, his muse Maya Shirale, a conniving Bollywood producer RK Chopra and a young Bollywood director— represent the politics that is peculiar to their own existence. “Politics to me is not necessarily about sloganeering alone. Politics is about a state of mind. It is about a certain personal and professional, ethical and moral point of view and value system. My politics is about the truth I live by – and if that is labelled activism – then I call myself an activist,” claims the author who has also been labelled as feminist for her books Status Single and Sita’s Curse. While in CUT she experiments with the biopic in the form of a play, her previous books too have a lineage of experimenting with eroticism, politics of woman’s desire and her sexual unbridling.

“My own experiences and interactions with people, and my emotional response to situations, lead me to feel very intensely and that definitely shapes my own trajectory and writing voice,” says Sreemoyee, who hates to be boxed and compartmentalised and therefore doesn’t like sticking to one particular genre.

Since the book draws heavily from Marathi theatre, Sreemoyee had to study a lot on the subject. She also studied the history of Maharashtra – the farmers unrest, the agrarian revolution, the rise of the trade unions and the present-day politics. It took about three years to bring all the characters together who, according to her, went through their own metamorphosis. Every character in the book has a very distinct and diverse past story. “I think I have never developed such detailed trajectories of evolving them from birth to literally their time of death or dramatic climax. Because each character is so different, I too went into a separate canvas etching them – one separate from the other,” informs Sreemoyee.