Books review: An edgy mystery with no crime

Seventeen is about Yuuki, a 57-year-old reporter with a small local newspaper, the North Kanto Times, in a provincial backwater in Japan. 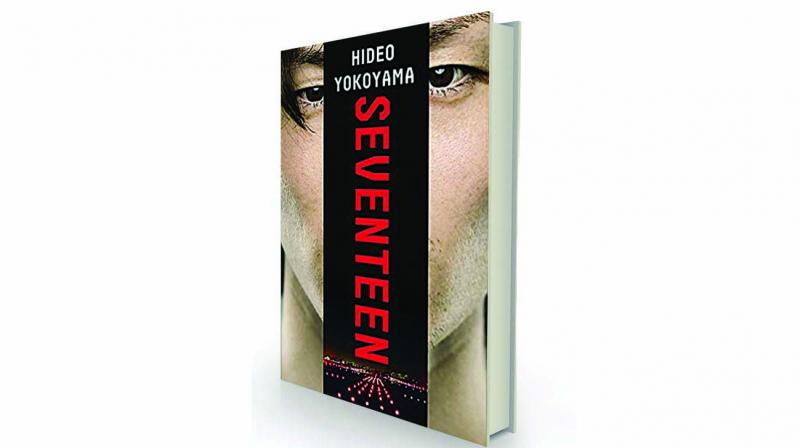 I started this review by saying I thought this was a crime book, which it isn’t. But it has all the suspenseful uncovering of the murdered person’s personality and character that the best crime novels present.

When I started reading Seventeen by Japanese writer Hideo Yokoyama, translated by Louise Heal Kawai, I was convinced it was a crime novel. I had some grounds for that belief: Yokoyama’s first book translated into English, Six Four, was a crime book, and one I really liked. Then, the blurb at the back of Seventeen stated that the protagonist would be searching for answers, even though it did not explicitly mention crime. And finally, after I read the first chapter of the book, I was gripped with such a strong sense of suspense that I was edgy with anticipatory tension. Definitely, definitely crime, I thought.

So I read on, knowing that among the 520 dead bodies splayed over a hard-to-reach mountain in one of the worst airplane disasters in the world, at least one would be a corpse that was intended to be there. Or if not, there’d be another body elsewhere, overlooked for the simple reason that all the law enforcement teams in the area would be busy with the air crash, and everyone in the country, in fact, would be in too much shock to figure out that an accident or sudden death was actually a quiet murder. And the more I read, the more intrigued I became, until more than three-quarters through, I had to admit it: there really is no crime in Seventeen, however hard I tried to find one.

Yet, the book still made me edgy, still made me chew my nails, still had me turning pages to see what happened next, and next and next. And then, when it ended and I closed Seventeen, I was so utterly taut with tension — even though the ending brought some sweet relief — that I couldn’t read anything else for the next 24 hours. Not even my Twitter feed.

That’s because Seventeen is indeed a mystery, even though there is no crime. Or perhaps the crime is lots of crimes, all tied up with egos. Or perhaps that’s only the way I saw it, and you will see it some other way. Whatever it is, I have to enthuse about it.

Seventeen is about Yuuki, a 57-year-old reporter with a small local newspaper, the North Kanto Times, in a provincial backwater in Japan. He is an anomaly at work — still a reporter rather than at a senior management position like his contemporaries. That’s because he’s convinced he’s no good at leading a team: when he was younger, his temper when a junior failed to return with necessary information drove the young man to suicide. At least, that’s what Yuuki believed when the boy died in a car accident. And though the management of his newspaper cleared Yuuki of any connection with the trainee’s death, it permitted him to work as a loner.

Work is not the only area in which Yuuki feels incapable of relationships. As the son of a sex worker, abandoned by his father even before his birth, he’d always been too ashamed to make close friends, knowing he could never invite anyone home. And even though he marries and has children, he is still somewhat solitary. He does have real affection for his family, but he’s made so many mistakes with his son that it seems to him he will never be able to connect with the boy again. His only friend — and he isn’t certain that it is a real friendship — is with Anzai who works in the circulation department of the newspaper, a perennially cheerful man who set up a hiking club that Yuuki joined.

This is Yuuki’s life till the age of 40 when the biggest thing to hit him in his life happens: a Japan Airlines plane crashes in the province that his newspaper serves, on the same evening that he is to set off with Anzai to climb the Tsuitate on Devil’s Mountain, one of the most difficult rock faces in the world. Internal politicking among the newspaper management means the unthinkable happens: Yuuki is put in charge of the team covering the crash. Later that night, news arrives that Anzai is in hospital; he was found collapsed on the streets. And over the next few days, as Yuuki leads his team, as he battles internal politics, as he tries to remember what journalism stands for, as he tries to find out what happened to Anzai, figure out what his friend meant by his cryptic comment “I climb up to step down”, and bring some joy to Anzai’s son, as he deals with his late trainee’s over-idealistic young cousin, Yuuki’s personal world is turned upside down and inside out several times over.

What will Yuuki do, and why, and how? It took me 300 pages of this 400-page book to figure out that that is the mystery of Seventeen. And that mystery is only put to rest once and for all 17 years after those fateful few days of the air crash, when Yuuki is 57 and finally climbing the Tsuitate, led by Anzai’s son. Hence the title of the book — Seventeen.

I started this review by saying I thought this was a crime book, which it isn’t. But it has all the suspenseful uncovering of the murdered person’s personality and character that the best crime novels present. The only difference is that Yuuki hasn’t been killed. Instead, he’s forced to work out his own personal mystery: how to live.

Kushalrani Gulab is a freelance editor and writer who dreams of being a sanyasi by the sea.

When Taslima met the characters she wrote in Lajja