Once lured by Canadian dream, a ‘good wife’ grows up

As the personal journey of author Samra Zafar shows, 'real women' decide their own purpose 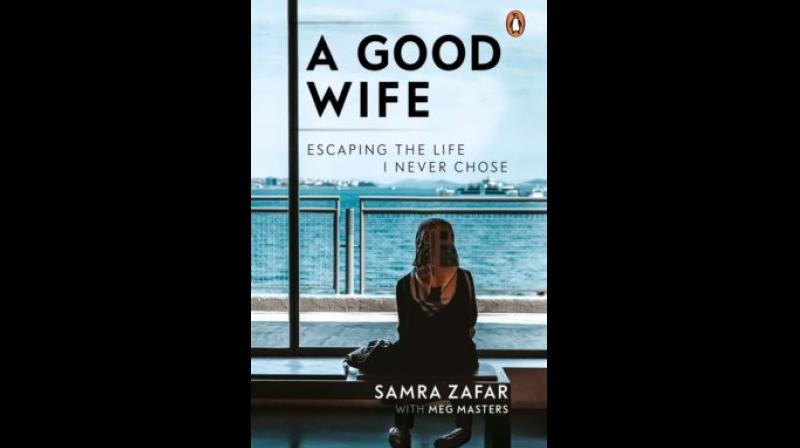 The first question which lingers on the mind of the reader, after reading the first few pages, is this: why did Samra agree to marry a man 11 years her senior whom she had never met and above all, especially, when her father asked her repeatedly, even on the day of wedding, to not to go for it? Maybe, in addition to sharing borders, history and culture, Indians and Pakistanis also share their fascination for foreign lands, and in this case, Canada appeared to be the Prince Charming riding on a horse of opportunities. How could she reject something that was the envy of all her friends and young cousins? (p.17). So the use of the expression, “escaping the life I never chose”, seems inappropriate.

The entire book, a personal journey, centres on the notion of “patriarchy” and a struggle of a young mother to shake off its tentacles and chalk out her own path. Do you know why the patriarchal system, despite its oppressive nature, has managed to survive for so many centuries? It is us, the women, who have completely internalised its ethos and always look for excuses to justify its hold over the female sex.

Samra, a young girl, “gold-star-student”, who loves to play outdoor games like cricket and tennis and climb trees, is born in a family where “education and learning were family pastimes”. When in school, she not only formed a girls’ cricket team but also started a school newspaper.  Just like hundreds of small girls, she also faced male abuse and inappropriate touching early in life.

A bright girl with immense hunger for perfection who wanted to be a “cricket columnist”, Samra soon faced a new chapter of her life when at the tender age of 17 she was cajoled into accepting a marriage proposal to a man much senior to her and hence moved to Canada.

The following years in Canada were characterised by the stages mentioned in “Cycle of Abuse” (p. 231). During the “tension period”, her husband, the abuser, would get angry and annoyed with her. Samra, the abused, felt uneasy and submitted to her abuser to avoid conflict. The next stage, “incident or acting out”, marked the onset of emotional, physical and sexual abuse, followed by a “honeymoon period” (apologies and promises for a better future) and finally the “calm period” when Samra believed that it wouldn’t be repeated. But the rhythm of her married life followed the cycle of abuse so often that she decided to move out and be her own person. She did not want her daughters to live in a house marked by domestic violence as she had done. The author, when a child, would hide in the closet along with her sisters to escape her parents’ fights and very early in life had realised that “home was an unpredictable place” (p. 21)

Though her relationship with her husband forms the core idea of the book, another bond with its bittersweet taste is also prominent in her writing. Samra and Amma, her mother-in-law, were competitors sometimes, friends too when Amma gifted her an eye-shadow compact, business partners and then opponents, if not enemies. Samra opines that it is essential for women to come together, push boundaries and support each other. Empowered women empower women.

Education and the support of some people gave her “wings to fly” and allowed her to dream. Winner of the prestigious John H. Moss Scholarship, she graduated from the University of Toronto in June 2013 and with the publication of her personal story, her life took a different turn.

Having experienced abuse and bravely escaping it through her sheer hard work and steely determination, Samra, now an educator and a motivational public speaker, is a source of inspiration for millions of women. She rightly points out that “many are still struggling for the basic rights of safety and respect”. Even in Canada, around 6,000 women and children are forced to sleep in an emergency shelter every night to escape domestic violence.

There is a flow in the story and one can experience all the emotions, especially if you happen to be a woman. The authoritative male family system, sexual violence, ambition, love, jealousy, struggle, compromise, manliness, hijab, talaq, domestic violence and above all, what it means to be a “man-less” woman in society. (p. 298) There is also an interesting contrast between Ruwais (UAE) and Pakistan. Unlike Ruwais, “For young girls in Pakistan, there was no playing outdoors or riding our bikes. No tennis or squash or cricket. And when we went outside, we had to leave our jeans and T-shirts tucked in the closet.”(p.5)

Some of the parts stay with you -- moments when she slips back into her past life doubting her decision, being shaken by the treatment meted out to a “separated woman”, her humiliation at the food bank and her being tricked into an elevator and abused by a neighborhood uncle.

Can you blame her entirely for this initial submission, surrender and resignation? Be it her mother, her husband or relatives, they have all been programming into her albeit-wrong notions about how a woman, a good wife, should behave. When one of the relatives once asked Samra, “What’s the point of winning awards and scholarships if you failed at the real purpose of being a woman?” the question stays with her. But, as the personal journey of the author shows, “real women” decide their own purpose. This is summarised by Samra beautifully when she says, “my honour lies in my freedom to be [the best] me – unapologetically”.