Her book also weaves together a series of inspirational short tales from the holy book. 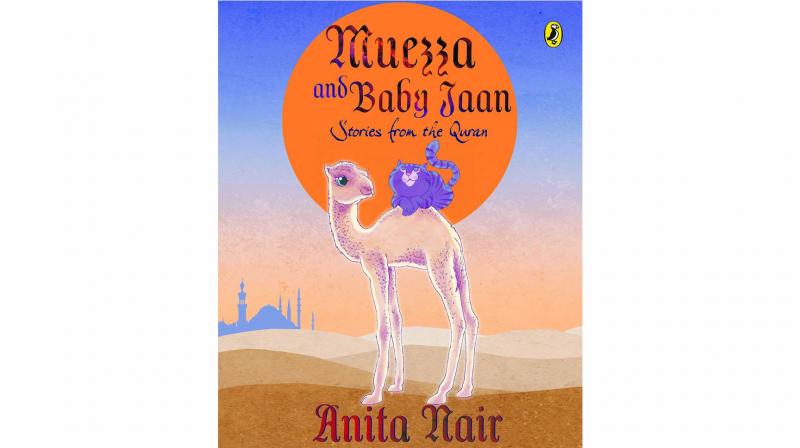 In a candid chat, the renowned writer and playwright speaks about her train of thoughts that went into the making of Muezza and Baby Jaan.

When author Anita Nair began penning down her fifth book for children, she was clear about her intent — to bring about a fair representation of prominent Islamic lores from Quran.

In a candid chat, the renowned writer and playwright speaks about her train of thoughts that went into the making of Muezza and Baby Jaan, a story centred around two wanderers and how their pursuit for survival ushers an uncustomary friendship.

“I’ve always been intrigued by mythology. Reading up lores from different parts of the world only broadened my perspective. Owing to similar inquisitiveness, I picked up the Quran, and uncanned a lot of mysteries around it. The biggest takeaway was the realisation that most of us had no real idea about Islamic lores. We’re all so distracted by half-baked stories and lop-sided ideals that freely flout about. So, I decided to put together a string of well-known tales and offer a balanced view of the Quran for children,” reveals Anita, who has summarised interesting nuggets coupled with the right blend of wit and wisdom.

Her book also weaves together a series of inspirational short tales from the holy book. Nair’s aim has been to invoke a wholesome approach towards a community, that’s often tarred disregarded for global misfortunes done by a small sect. She elaborates, “I’m secular, and I believe it’s only fair that every religion gets to be depicted in a genuine tone. Using religion as a scapegoat for propaganda is not right, and bringing about a change in the perception has been my the whole idea. We all have equal responsibility in shaping up little minds, and channeling their thoughts in the right path. I look at this, as my bit, which will probably be a speck in the ocean of difference.”

Writing aside, the enterprising author also lets us in on her other interests. “I’m currently pursuing Carnatic music. That pretty much takes most of my free time, when I’m not travelling or mentoring young writers,” enthuses Anita.