Names that are impactful

20 Indians Who Changed The World is a well-researched book that highlights the most promiment people who have impacted society. 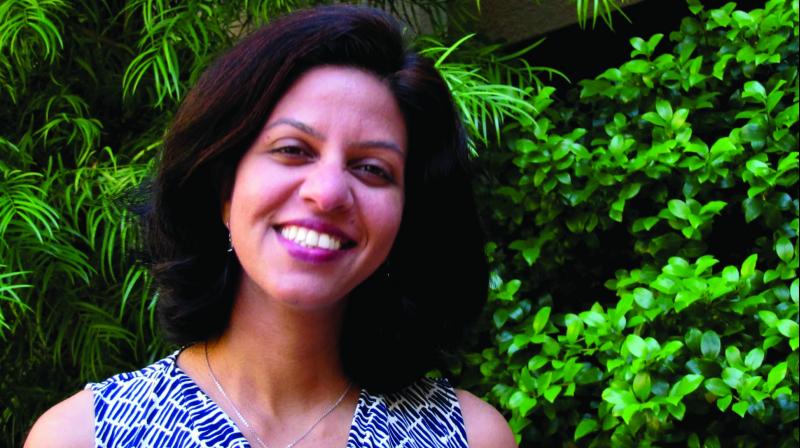 Greta Thunberg seems to be the latest teenager that everyone is talking about and why not? She has taken on the world leaders with her powerful speech for climate change.

With our immediate society becoming increasingly enraged at slightest trigger, flaunting rules, indulging in mudslinging and bullying, the young ones of today do not have as many role models to look up to. It is natural for teenagers to aspire to be someone like Greta Thunberg or a Steve Jobs or may be Malala, some day.

But each society is different and growing up through prevailing conditions of your immediate surroundings to earn a place for yourself on world stage is different ball game for each individual. It is hence helpful to have examples of such men and women who have emerged from the same societal conditions.

Our teenagers in this impressionable age need to know people closer home to look up to. And here steps in Shruthi Rao author of children’s books with her new 20 Indians Who Changed The World.

This is a well-researched compilation of not only great men and women of the country who have made a mark in the world but also has chapters about various Indian contributions to the world in fields like literature, metallurgy, number system, sports, textiles and more.

Of course the list of Indians included in the book is not an exhaustive one... it cannot be. There are some unsung heroes who are doing much work for the betterment of society but are invisible, many forgotten by history. This book is an attempt to remind us that these are some great Indian personalities who made the world sit up and recognise their contribution and achievements. 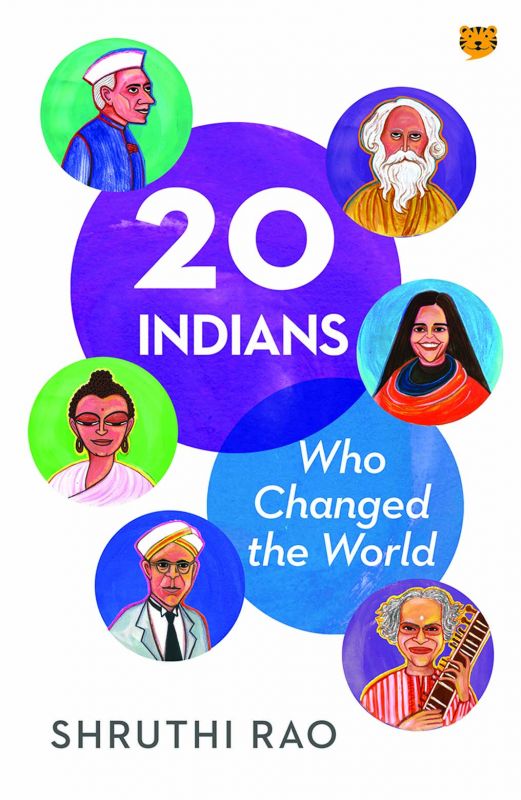 So there is from the ancient age, Buddha, who founded Buddhism as religion that has followers from world over. Panini, a Sanskrit scholar and grammarian who laid down concise analysis of grammatical structure of Sanskrit has a chapter dedicated to him too. The chapter goes on to explain how Panini’s exhaustive 3976 linguistic rules came to be used for computer programming.

While western philologists like Walter Eugene Clark considers Panini’s grammar rules revolutionary, it is sad and shameful that not many would even know his name in his own country.

People like Bhaskara who gave algebra and mathematical calculations of astronomy to the world, Tipu Sultan who pioneered small missiles which were later taken by British to study and improve upon, Nobel Laureate Chandrashekhar credited with discovery of black holes and mass calculation ratio of the same known as ‘Chandrashekhar Limit’ find informative chapters dedicated to them in the book.

While there are very obvious personalities like Gandhi, Nehru, Vivekanand and Mother Teresa mentioned in this book, it is the names like Nobel Laureate Venkatraman Ramakrishnan, Hargobind Khorana, Narinder Singh Kapani who gave the world ideas like fibre optics, RNA and DNA codes that open our eyes to great achievers of the country.

Shruthi Rao has gone a step ahead and listed some very interesting crafts, inventions and more that have originated in India. Most times we are ignorant of achievements of our own land and people crediting west for most things. While our contribution in Ayurveda, Yoga and spices is a common knowledge but would you  believe it is India who gave the world the royal blue dye Indigo or buttons which in ancient India were made from sea shells or crystal sugar and the most important ‘zero’ and decimal system? Or that Wootz Steel technology utilised in making exceptionally sharp and tough swords was India’s brainchild or knowledge of metallurgy travelled to west through traders and invaders from Indian shores? That cotton, jute and textiles are India’s gifts to the world?

This book written in a very easy to comprehend language is not only good for kids but for grown-ups too. It not only gives concise information and enhances knowledge but it most importantly gives hope to the growing children of achieving great things in life. It makes you swell up in pride for belonging to the country of such great minds. It gives faith in Indianess.

With such exemplary men and women of the country hailing from humble family backgrounds, children can indeed derive inspiration and aim higher with their dreams. With Children’s Day just around the corner, this book may be just the most appropriate gift this year to introduce a feeling of pride for the country in our children.