This book investigates the damage human beings have done to the Western Ghats. 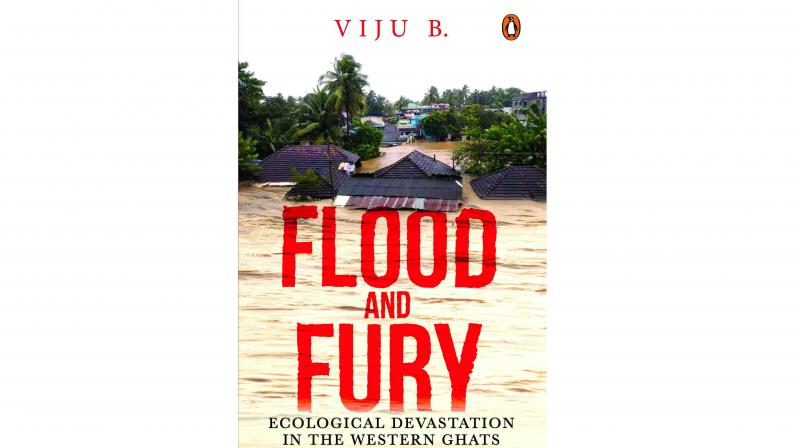 Imagine a case of accidental clairvoyance. For author and seasoned journalist Viju B — who decided to travel and gather anecdotes and data for one-and-a-half months in order to eventually spend two months writing a book on ‘ecological devastation in the Western Ghats’, sometime between last year’s Kerala floods and this year’s ongoing tragedy — things transpired in such a manner. In the wake of the devastation witnessed in 2018 and with the aim to put solid primary research and accurate figures to paper — so that the author could first, with regard to the disaster in question, ‘understand’, then ‘educate’, and then, finally, suggest ways to ‘mitigate’ — irony dealt a cruel hand; a book that was meant to coincide with the first anniversary of the floods, has seemingly announced its reoccurrence.

Of course, Flood and Fury’s intentions are nobler. The author reveals, “The premise of the book is that the floods happen because of multiple hemorrhages in the Western Ghats. The rivers are the veins and the nerves, and when you clog them then disaster happens.”

Here is an astutely written account, expressive in its opinions but open to contrarian views. The narrative, just like the author’s travels, trails the ecologically fragile Western Ghats from Kerala to Gujarat and presents both a ‘down-up’ approach (where the anecdote of a local, tribal or planter sets the context, which is then connected to historical, sociological or political factors in the region) and a cause-and-effect approach, where, unsurprisingly, human beings are at the root of all problems. As it is evident in this read, humanity is great at blurring the line between a manmade and a natural disaster.

And, yet, it is the interpersonal tales from ground-zero — be it an obscure farmer recounting how he lost his livelihood to the floods, or a conversation with a priest opposed to ‘outsider’ solutions to the problem — that intricately bind the narrative and encapsulate the reader. The author continues, “More than anything, the book is about the marginalised communities. If you look at every chapter, it starts with a tribal song. I have done it very consciously because the first line of impact in ecological destruction is these communities. So the stories and the narrative are built on them, talking through them.”

And the poetry finds its way into the narrative as well. For instance, take this excerpt — “For the first time, the tribals in the Vazhachal forest, the coffee planters in Idukki, the farmers in Kuttanad, the rich businessmen who lived in palatial bungalows in cities and the NRIs who invested in resorts and plush houseboats on the Pamba river and Vembanad lake, were united in tragedy.”

As they have this time too, and while this book doesn’t claim to nor does it intend to serve as authority on ‘solutions to the problem’ (although the last two chapters are on mitigation strategies), it definitely adds to a discourse that, given enough time, will leave us less clueless and more accountable to human-made perils.