Writers are being marginalised: Amitav Ghosh

Acclaimed author Amitav Ghosh talks about his latest book Gun Island, the role of fiction, and the threats against the independence of writers. 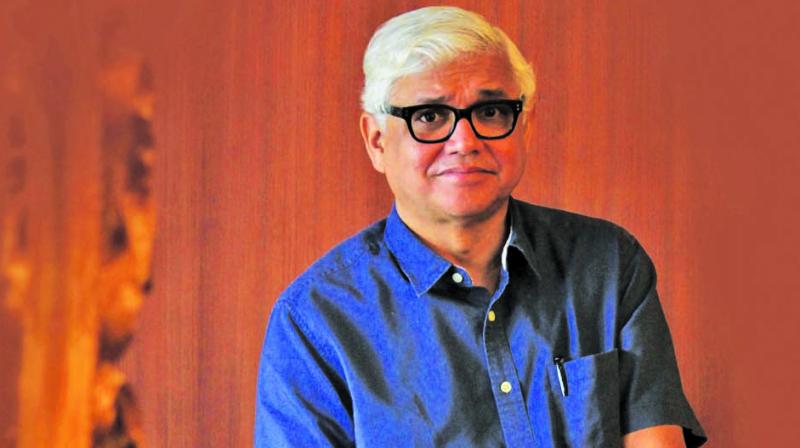 In 1970, when acclaimed author Amitav Ghosh moved to Britain from India, he started chronicling his gut-wrenching experiences, which brought to life his Ibis trilogy, comprising Sea of Poppies, River of Smoke, and Flood of Fire.  The historical fiction series draws the canvas that lies behind India, Britain and China’s relations.

Set in the 19th century, Amitav’s works of pre-modern fiction typically deal with cynical and violent subject matters. His books often break societal assumptions and bring forth the real issues, like a whimsical dissection of people in The Circle of Reason, deadly diseases in the Victorian era of contemporary India in The Calcutta Chromosome, and the cascading effects of climate change and migration in his most recent book Gun Island.

Gun Island traverses three different places, from the Sundarbans to Los Angeles and Venice, and is focused on three characters – Deen, Cinta, and Priya. The new book has connections with his book The Hungry Tide, that revolves around the wildlife in the Sundarbans —  Amitav brings a biologist to Gun Island as well, in the form of Priya. While the book deals less with human complexities, it tells the more important story of climate change and migration that affects us all. Although climate change is not a new subject for the author, Amitav has combined two different geographies and histories – The Sundarbans and Venice – together in this one. The seas, courtesy global warming, threaten both areas.

“Climate change is the case with the entire world. Someone has to address it and I think literature can do that by telling a story,” says Amitav as he settles into a posh five-star hotel’s ballroom on a rainy day in Mumbai. “It’s too hot in India, the temperature is shooting up, and that’s what we need to address,” the author adds.

He incorporates the challenges of migration as a second theme in the book, inspired by refugees living in Italy. “I met a lot of migrants who live in Libya in hopes of getting jobs, but they are captured and enslaved. They work like slaves till they somehow escape and I wanted to write about it,” Amitav explains, and reveals that he spent a few years in Italy speaking to migrants and trying to get their ideas about migration and travelling to different places. 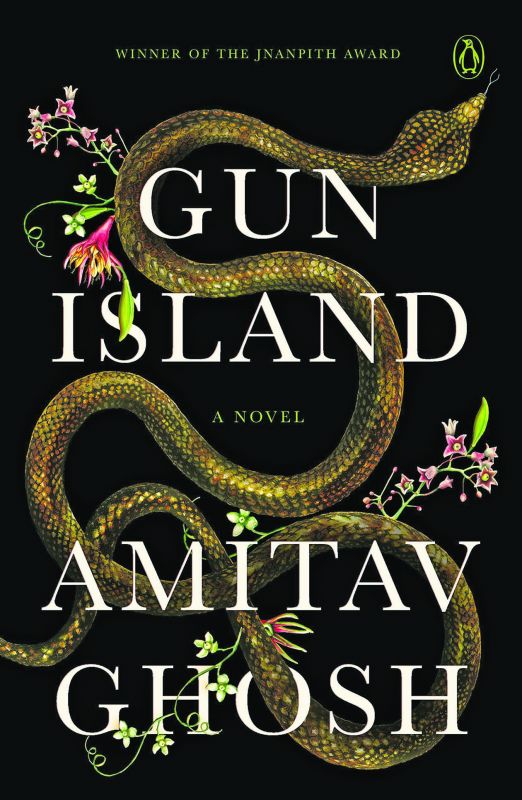 Apart from his concern for global warming, the Sundarbans also played an important role in Gun Island. “It’s an inspiring place. It has a lot of mysterious stories. I was intrigued to write about the place from the point of view of someone who has never been there, but finds the place suddenly inspiring on his first visit,” shares the author, who is also a recipient of a Padma Shri, the highest civilian award, in 2007.

Born in Kolkata, Amitav studied in Delhi, Oxford, and Egypt, while he spent his life in Bangladesh, Sri Lanka, New York and Britain. In over 15 fiction and non-fiction books, the author presents his life experiences interspersed with history.  It is this originality and connection of the content that earned him the prestigious Jnanpith Award in June this year. The Bharatiya Jnanpith presents the award annually to an author for their “outstanding contribution towards literature”. Amitav is the first writer in English to win the honour.

“It is a very special award. All of us who have grown up in India, this award means a lot because it has a rigorous process. It’s a different award because it is given for your lifetime’s work. It gives you a sense of fulfillment that all your work is recognised,” he reveals.

The author has assured newness with all his writing projects, ranging from fiction to non-fiction works like Countdown – inspired by the five nuclear tests by the Indian government. He essayed the life and experiences of people across India, Siachen, Pokharan and Kashmir. “‘Story’ is an interesting word, it applies to both fiction and non-fiction. For me, whatever the medium is, they are a way of telling a story. If something you are doing interests you, then it will attract others as well,” he explains.

Although the shelf life of a book is just a few weeks, Amitav’s books have stood the test of the time. “It’s actually a mystery to me, but at the same time it is remarkable thing. I meet so many young people coming and telling me that some of my books meant so much to them. I feel moved when I hear this and to know that my books have lasted for more than 30 years,” expresses the author.

While his books allow people to look at a particular moment in time and history with engaging characters, they also have the power to inspire and influence the young generation. “As a writer, I can’t aim to inspire someone to take up a movement, because we are not in a situation where literature can inspire. I think today, books and literature are less likely to have an impact on people than films and television,” believes the author.

When asked if he feels the right to expression is in threat, the author responds in positive. “I think that globally, writers are more and more marginalised, threatened and fearful. There are a lot of threats against writers, and it’s everywhere, not just in India. We have to try and defend our liberty as best as we can. But there are writers who will always be independent and would write their mind,” concludes the author.