Hareesh’s novel, set in the first half of the last century, is a phantasmagorical journey through Kuttanad 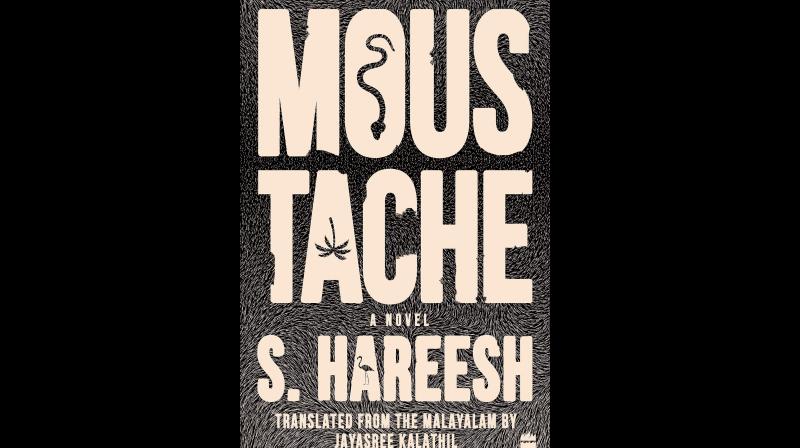 The core of the narrative revolves around Vavachan, a Dalit Pulayan converted to Christianity.

Noted Malayalam poet and critic K. Satchidanandan heralded S. Hareesh’s Moustache as a literary work of “epic proportions.” It is not often that a debut novel is accorded such high praise, and this in turn raises expectations. But for those unfamiliar with Kerala, encountering place names — Kaipuzha, Athirampuzha, Paivattomkarukappadam, Maniyanthururthu, Makkothara — in the first few pages can be more than a mouthful and a veritable turn-off. Luckily, once you come to terms with the phonetic complexities, there is a twisted, brutal, black humour-laden and yet magical world waiting to be discovered.

Hareesh’s novel, set in the first half of the last century, is a phantasmagorical journey through Kuttanad, the rice bowl of Kerala and one of the few places in the world noted for its below sea level farming. Some 900 square kilometres of delta is the novelist’s easel — a waterscape, as he calls it, crisscrossed by canals, marshlands, paddy fields, embankments, rich black soil and presided over by the Vembanad Lake which empties out into the Arabian Sea at Kochi.

Spiritual leaders, social reformers, literary greats, legends, and mythical heroes from the region pop in and out of the narrative. And then there is the flora and fauna — the lush green paddy fields, the areca nut and coconut palms, tapioca, banana, the pangolin, crocodiles, water snakes, cobras, fish, birds and what have you. All of them collectively constitute more than a backdrop for the story — they almost breathe like living characters with a role to play, reflecting varied emotions ranging from calmness to fury, romance to reflection and bear witness to the drama that unfolds.

The core of the narrative revolves around Vavachan, a Dalit Pulayan converted to Christianity. His was a non-descript existence till fate willed otherwise. The life-changing moment came when he was discovered and cast in the role of an awe-inspiring policeman in a play being performed by a travelling troupe. Vavachan was chosen by the director because of the dense growth of hair that covered the young man’s cheek, chin, and upper lip. He was immediately asked to grow and shape his moustache to fit his part.

His brief appearances on the stage were nothing short of electric. The muscular body, threatening looks and the face dominated by the fierce moustache, was like an apparition from hell. Here was a Dalit acting the role of a policeman invoking images of rakshasas from the mythologies. A ‘lowly’ Pulayan invoking awe and sporting a moustache that only the upper castes were privileged to grow. Was he for real?

Overnight Vavachan metamorphosed into a persona that he never imagined he would ever be. From then on, the moustache became his USP and began to acquire a life of its own. All attempts to persuade him to shave it off were in vain. The bristly and luxuriant growth above his upper lip soon became a symbol of his muscular strength. his rebellious nature and a means by which he invoked fear, both among the commoners and the ruling upper castes.

The symbolism of the Dalit with the imposing moustache must be seen in the context of the time frame of the novel. The first half of the twentieth century, which witnessed two world wars, was a period of much turbulence in Kuttanad. It was also the time when caste dominated and determined every aspect of life. A person’s work, the food he/she ate, the clothes worn, who one could marry and have sexual relations with were all supposedly ordained at birth. Even people you could touch and must keep a distance from was bound by the barriers put up by caste.

In this compartmentalised world Vavachan was a misfit. The upper castes saw him as a troublemaker who needed to be hunted and tamed. They held him responsible for several crimes and misfortunes that befell them. The ordinary folk saw him as an omnipresent and   mysterious force that defied description. For many he was a moustachioed apparition that often emerged from the shadows and suddenly disappeared into the night.

In fact, rather early in the novel, a sitrep submitted by a local official to his superior captures the fear that Vavachan invoked. To quote: “It is known that contrary to the customs of the land and in a manner unsuitable to the hereditary work of Pulayans this man (Vavachan) has established a great big moustache on his face…Farmers are afraid to go into the fields alone as it is said that the party referenced herein is known to use shapeshifting tricks, attack people and steal the bundled sheaves of paddy stored in threshing yards.”

It is the moustache that is central to all the myths built around Vavachan. Songs are sung about him and stories narrated and repeated till the awesome growth above his upper lip becomes greater than the man himself.

Indeed, as the novel progresses, the narrative becomes a collage of stories about the moustachioed Vavachan’s attempt to flee his detractors, the many people he encounters during his seemingly mindless wanderings through Kuttanad, his love for Seetha and his dream of going to Malaya (Malaysia).

Almost as if to shake the past and bring us back to our world of satellite TV, NASA spaceships and motorbike rides is the narrator — a father who keeps his five-year- old son engrossed with stories about Vavachan. He occasionally intervenes in the story adding a parallel and personal layer to the narrative.

Like his discovery that the Air India mascot, the Maharaja with a pointed moustache, was not inspired by royalty but by tales of Vavachan that its creator, Bobby Kooka, had heard from relatives in Alapuzha!

Is Moustache a political work? It is, although Hareesh maintains that he did not set out to write a novel about caste politics. However, his research led him to “listen intensely to Dalit history, their knowledge about their own history, and consequently to the history of caste politics in Kuttanad.”

Finally, a word about the translation. Jayasree Kalathil, has managed to retain the flavour of the original without “inventing approximations” in English. To render the nuanced beauty and rhythm of any work in a foreign language is indeed a daunting task. That the translator has achieved this with an impressive measure of success is commendable.