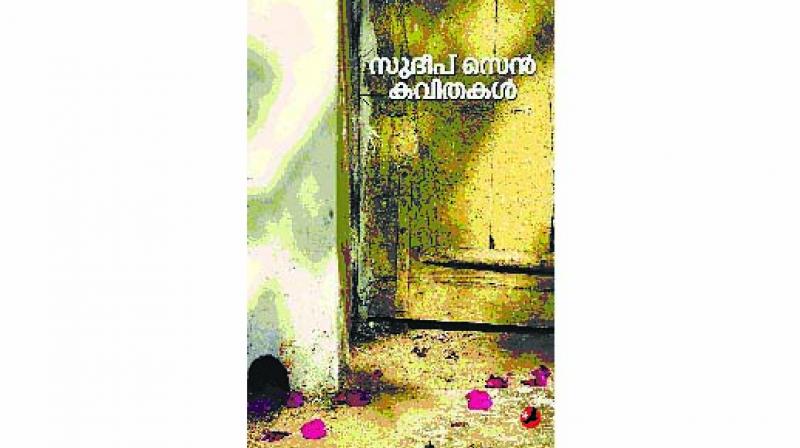 To see a world in a grain of sand / and a heaven in a wild flower / hold infinity in the palm of your hand / And eternity in an hour.” I was reminded of these profound and lyrical lines from William Blake’s poem, ‘Auguries of Innocence’, as I walked on one of Kovalam’s private beaches, off Hotel Ravis. The fine sand dispersed under my feet as I walked. I heard literary chatter — various accents in various tongues — some guttural, some stylised. There were hundreds of authors, editors, critics, scholars, publishers, and journalists from around the world — all milling around at the end of a long day of all things literature.

It was the end of Day Three of the wonderfully rich, word-soaked Matrubhumi International Festival of Letters (MBIFL), held at the magnificent Kanakakkunnu Palace in Thiruvananthapuram. The focus this year was on ‘Shrinking Spaces, Transcending Letters’. People had a happy exhausted look on their faces. All in all, everyone seemed satiated when it came to the world of writing, camaraderie, food and friendship. It was humid, but the strong sea breeze helped in keeping the cool. 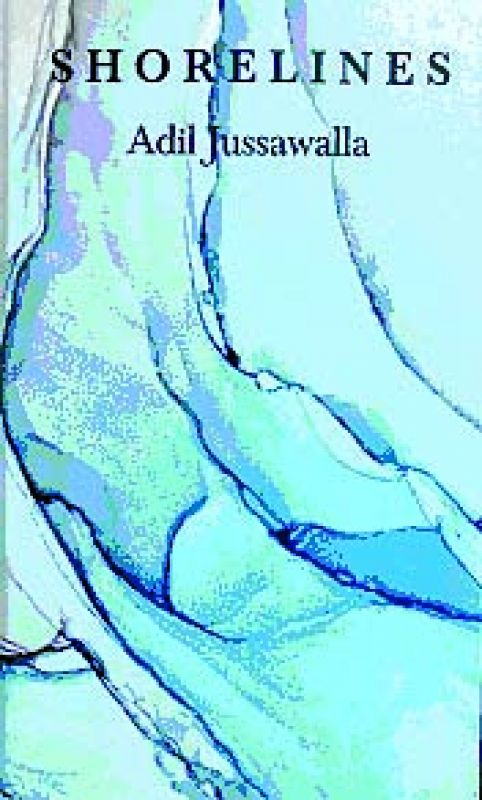 Earlier that day, I had finished re-reading Adil Jussawalla’s stunning new volume of poems, Shorelines (Poetrywala). As I marked my own lines on the sand, I recalled Jussawalla’s lines from his eponymous poem: “I won’t describe every shoreline that’s pulled me up short, / waiting for passage. They are all one now,/the edge of Blackwater, the sea crossed at our own peril./Is everyone here? The Earth is flat /and not everyone's accounted for.” Earlier in the same poem, I saw “a new moon rising in rain,/a shore buttressed with shanties./ There's a woman in a doorway. / She says, ‘We’re all castaways here’ / and takes me in.”

Jussawalla simultaneously paints scenes of beauty and distress, raises questions about privilege and the lack thereof — about the way the sea, the shore and our passage through life (as in this world) are all circular and finite. He writes with poise and urgency, with subtlety and flourish. This is his fifth book of poems — his third, Trying to Say Goodbye, was published in 2014, and was honoured with a Sahitya Akademi award in 2014. Jussawalla is far from saying “goodbye” — at 80 years of age, he is still at the top of his game. Here are the concluding lines from his exquisite poem, ‘Bells’ — “how little it takes for a day to be extinguished, / how long for bells to make us believe it has gone.” 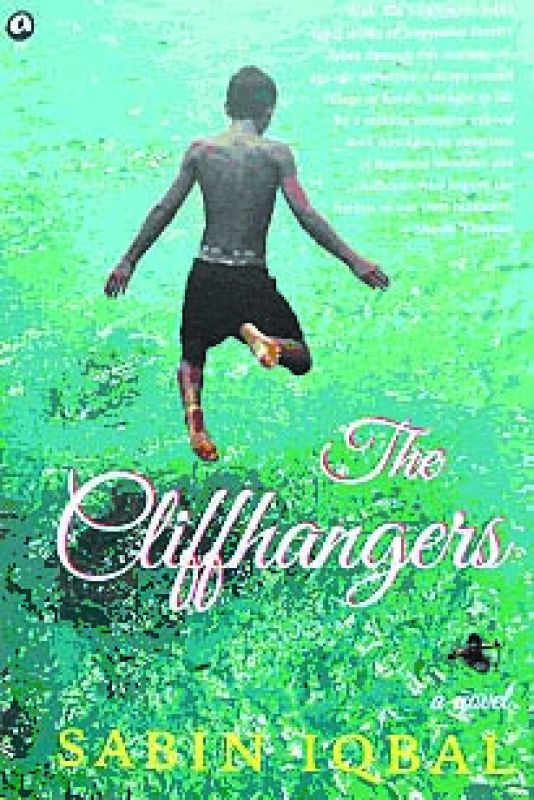 At the MBIFL bookstore constructed with eco-friendly bamboo and canvas, I found myself in a veritable ocean of fine books.  A book caught my attention, its cover jacket showing a boy leaping off a sea-cliff descending headlong into the turquoise green-blue waters, arresting and dizzying at the same time. Sabin Iqbal’s first novel, The Cliffhangers (Aleph) — its textual narrative and pacing reflecting the cover-image rather appropriately. But all is not bright and bucolic, as the surface colours seemed to indicate. Set against a storyline of a tourist rape by alleged village teenagers, the novel probes into the dangerous fractures fuelled by party-driven communal politics and social instability, as it “expose[s] the frailties of our own humanity”. The book forces a pause, to reflect, both inwards and outwards, at what is transpiring before our eyes — in full public view, as innocent citizens, are held hostage to — “We actually don't know what’s happening in Kashmir and Palestine… didn’t you hear what he said about the Muslims in Gujarat?” Faced-paced, nostalgic and wonderfully written, The Cliffhangers is an urgent and fine debut by a writer whose next work I look forward to as well. 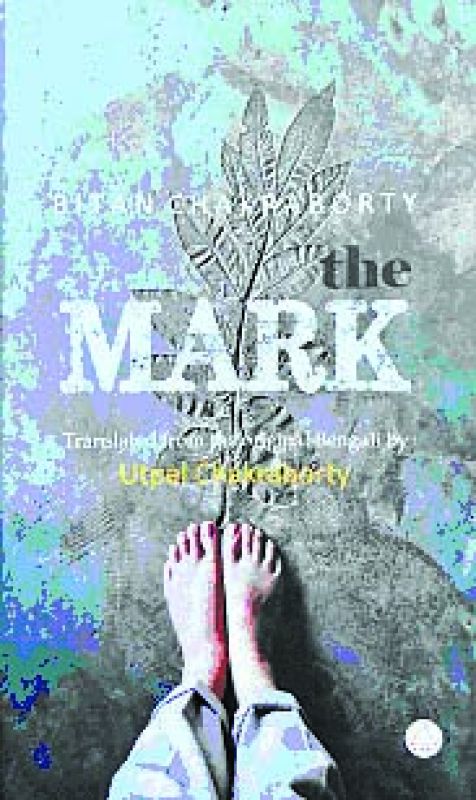 Yet another volume I picked up at the bookshop was Bitan Chakraborty’s book of little short stories, The Mark (Shambhabi). The cover featured a photograph, of a pair of bare human feet on grey-brown soil. On the ground’s surface was etched an imprint of a solitary twig, with its leaves leaning slightly askance, their vein-structures just as definitively articulated as the narrative inside the book. Translated from the original Bengali into English by Utpal Chakraborty, these are tales of the everyday middle and lower middle-class Bengali milieu. Whether it is Lali “writhing in pain” or Fatik “trying to save some domestic goods from [a] flattened house” in the story ‘Lost’ — or it is Pritha readying to get off as “the train slows down before pulling into Sealdah station” in the ‘Broken Moon’ — Chakraborty paints his scenes and constructs his characters with an authentic sense of conviction, evoking the ordinariness of the everyday. The English translations carry the lilt of the original Bangla — one that adds and lends attractive warmth to the prose texts.

MBIFL was also a meeting ground for many friends from the international literary world. The keynote speech by Susheila Nasta, the founder of the influential Wasafiri magazine, was poignant, precise, topical and exemplary. Lemn Sissay was electric on stage, as he always is — his words lucid, lyrical, ever-piercing with comment and humanity. Alexander McCall Smith, Margaret Busby, Tziona Shamay, Alexandra Buchler and Andrei Kurkov were among my other highlights. Shashi Tharoor, the festival patron, always a crowd-puller was in full flight with his impeccable articulation, sharp wit, and expansive knowledge. There was also handmade local crafts and wonderful South Indian gourmet food to savour as well as cultural and musical sidelights.

On a personal note, I was thrilled that have my Malayalam book of selected poems, Sudeep Sen: Kavithakal (Payal Books), launched at the festival. My Malayali writer friends tell me that Syam Sudharkar and Chandramathi have translated the book very well. The book’s cover, redolent in yellow and ochre-marked the festivals of ‘Basant Panchami’ and ‘Saraswati Puja’ - the very day the book was born.

Good books, quality literary conversations and bonhomie dominated the length of the festival. With the moist sand under my bare feet, I imagined letters and words like fireflies lighting up the dark seascape at night — words from James Joyce's Ulysses echoing in my mind: “the sea, the sea, crimson sometimes like fire!”