Books   13 Dec 2019  Drama in Madurai: The importance of feelings in learning
Books

Drama in Madurai: The importance of feelings in learning

The great advantage with Father was that none of his workshops were ever the same, he always brought something new and innovative to each one. 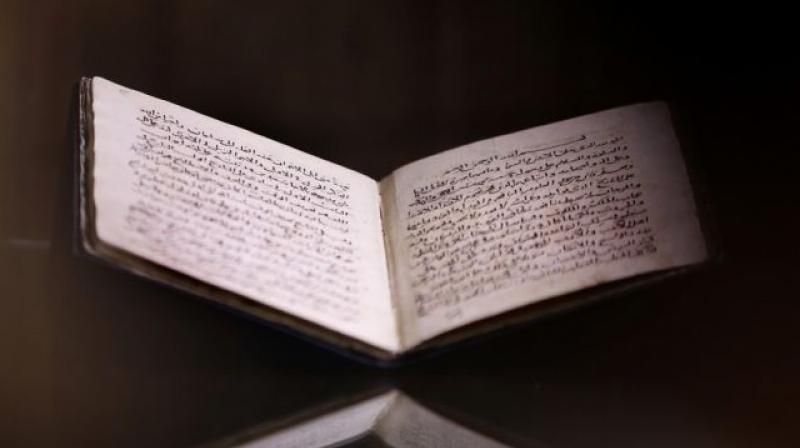 A story told well, had the power to entrance and captivate the listener. If the narrator was effective and powerful, the listener could imagine and visualise the story. He or she could “feel” it in the mind. (Photo: AP)

I had the privilege in the temple town of Madurai recently to conduct a programme for school teachers  with Father Francis Peter. Father Peter is one of the finest teacher educators I have known. He  currently teaches management communication at the XLRI, the Xavier Institute of Management in Jamshedpur. Father previously had a long stint teaching English at the Loyola College in Chennai.

The great advantage with Father was that none of his workshops were ever the same, he always brought something new and innovative to each one. I was not disappointed with this one. The broad theme of the programme was cognitive teaching and learning. Father's intention was to ask teachers to make classroom learning more effective, so that the children could find the sessions interesting. One of the ways, he said was to dramatise a lesson. A sense of drama or even an “acting” out of the  lesson would help the learning process. This could be done with teaching poetry too. “Never do a bald flat, recitation of the poem,” Father said, “act it out.” To suit action to words, Father used the screen to project a scene from the classic The Fiddler on the Roof. Here, the actor Topol, bemoaning his fate  with a large family and finding it increasingly difficult to make ends meet, sings the song “If I Were A Rich Man”. The lyrics of the song include an address to god who could have been a little more  charitable in dispensation of wealth to make his lot easier. Had this been so, Topol goes on to detail  what all he would do if he was to be so blessed along with his wife. These are all very simple things, buying better clothes, a little more livestock for the farm, and finding a little more leisure to discuss  the holy book with the elders of the church. His wife too would strut around with finer clothes and a “double chin”. In the midst of the song, Topol is shown doing the chores in the farm, feeding the  livestock, etc.

By now, Father had every member of the eighty odd teachers in the room interested. He closed the  scene in the film,  to ask the teachers seated in groups around tables questions on the film scene. By  way of incentive, Father had small chocolates to hand out for every right answer. The questions  ranged from very basic ones like the name of the film and of the actor, to more complex ones like Topol’s faith and the name of the Jewish holy book. In between, he asked questions about the  livestock that had been shown, and what would Topol and his wife do if they had been a little better off. The teachers got into the act enthusiastically. The answers came thick and fast, without inhibition one table vying with the other. But a few of the answers did go back to Father, including the name of  the holy book of the Jews. The purpose of the whole exercise, Father said was comprehension, retention and recall. In the  process, learning occurred. Children, in the classroom, were not likely to forget what they had seen  and understood. Father also spoke of the powerful and sometimes mesmersing effect of the visual. A scene depicted on the screen with lyrics in the song, was bound to captivate children. But sometimes, Father said, we may not be quite so blessed with resources like a screen or a projector. At other times, we may not have internet connectivity. But the learning process still needed to go on. We needed to  dramatise a story without the aid of a visual prop, Father said.

A story told well, had the power to  entrance and captivate the listener. If the narrator was effective and powerful, the listener could  imagine and visualise the story. He or she could “feel” it in the mind.

By now it was lunchtime. After lunch, Father said he had a treat for the teachers. He had a resource  person who had come all the way from Delhi  who would narrate a story that was bound to hold their  interest.  The teachers now looked curiously at me. But lunch was soon announced and it was good  fare indeed.

During lunch, Father asked me to narrate the story, “The Unicorn in the Garden”, by James Thurber.  Father had heard me narrate the story before and though it rather effective. I told him that while in Kolkata for the Apeejay Lit Fest a couple of years ago, I had heard the inimitable actor Naseeruddin Shah reciting the same story and he was a trained actor. But Father would have none of it and after  lunch and after a formal introduction, it was “The Unicorn in Garden” by me. But before I narrated Thurber’s classic I thought I would set the mood by introducing the unicorn. I asked the teachers how many of them had seen a real unicorn either at the local zoo or elsewhere. They were quite curious  and quizzical and of course, they had not seen a real unicorn. But they had seen pictures and were  ready to describe the horse-like creature with a horn in the middle of its forehead. Again, I felt I  create a setting before getting into the story. I had just published my book, Off the Shelf — On Books, Book People and Places, and in it I had included a poem, “The Unicorn” by E.V. Rieu. Rieu was a scholar of the classics having translated Homer’s The Iliad and The Odyssey from Greek  into Latin. But he was also a wonderful writer of verse for children. In the poem, Rieu asks the  question, “Who knows what the thoughts of a unicorn are... when he comes from the magical pages of a story?”

In the story, “The Unicorn in the Garden”, a long-suffering husband sees a white unicorn in the garden with a golden horn in the garden while having breakfast. Visibly excited, he rushes into the house to  tell his still sleeping wife, the wonderful news. Very annoyed at being woken up, the wife tells him  that the unicorn is a mythical creature and she was going to have him put away in the booby-hatch. She then calls for the police and a psychiatrist. They listen to her story with growing incredulity and soon the husband is summoned to corroborate the story. The husband firmly denies the story and says  “the unicorn is a mythical creature”. The hapless wife is now taken away and the husband lives happily ever after.

I received a standing ovation but Father was not done. He set the story as a lesson and asked a series  of questions to the teachers. Above all, he emphasised, I had not merely narrated the story but I had  “acted” it out and thereby making understanding more effective.