One filmmaker’s campaign for nature, children of soil

The following year, the filmmaker went back to Netarhat to zoom in on the issue of deforestation; seven films came out of the workshop held in 2017. 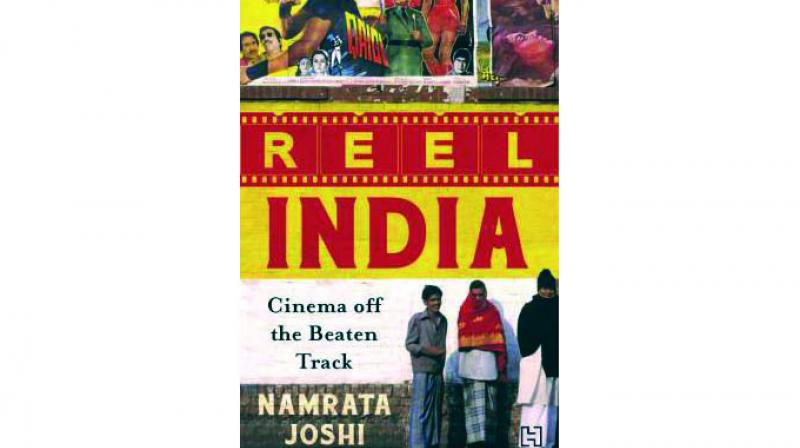 The essence of the small town breathes through our performances, writes award-winning film critic Joshi in Reel India: Cinema off the Beaten Track. In this extract, she interviews Sriram Dalton, winner of the Silver Lotus at the 61st National Filmfare Awards:

In 2014, while making Spring Thunder, a film on the many problems besetting the villages and forests in the interiors of India, Mumbai-based writer-cinematographer-filmmaker Sriram Dalton was hit by a lack of manpower and resources. For the sake of authenticity, he was shooting in Netarhat, in his home state of Jharkhand, but had no filmmaking talent around him to fall back on. He had to make do with a team of 40 to 45 people, all non-film professionals and, primarily, farmers and mechanics.

The difficulties he faced then set him thinking and eventually prompted him to open a film institute in Netarhat. The institute, however, would be a unique one, with neither a building nor a roof to call its own. All it would have was the blue sky above. In 2016, when Maharashtra was dealing with one of its worst droughts, Dalton organised an open-air, 10-day filmmaking workshop there. With 200 participants coming from all over India, including 40 tribal women, it focussed on the issue of water scarcity. As a result, 13 original films emerged on the subject. The following year, the filmmaker went back to Netarhat to zoom in on the issue of deforestation; seven films came out of the workshop held in 2017.

In 2018, Dalton decided to not only concentrate on the subject of zameen (land), but also give an entirely new spin to his “open-air, travel-oriented, film classroom without boundaries”. To gain insights into the ground beneath his feet, as it were, he decided to take a leaf out of Mahatma Gandhi’s life: in the middle of June 2018, he took off on a padyatra. The original plan for this unique self-initiated walking tour was for Dalton to make his way from Mumbai to Boodha Pahad (infamous as a Naxal zone) in Jharkhand, covering a distance of about 2,000 km. While the beginning and end of the journey remain the same, the filmmaker, when we catch up with him in Malegaon, is now aiming higher. He plans to traverse 5,000 km on foot in three to four months, passing through eight states: Maharashtra, MP, Telangana, Odisha, Chhattisgarh, UP, Bihar and Jharkhand — all for a first-hand experience of the many land-related problems plaguing the country. “Zameen ko samajhne ke liye paidal chalna zaroori hai. To get a feel of the land, it's essential to make the journey on foot,” he insists.

While covering between 35 and 40 kilometres every day, Dalton is busy researching his subject, talking to people, involving communities in ecological issues and screening his personal package of 22- odd short films. He is also shooting scenes along the way. He will make a film (which he has already titled Megalith) out of the reams of footage he has been accumulating. He also invited people keen to study filmmaking to join him in the initiative and learn the craft… Called Mahaprakritiparv, his journey’s motto is Free Water India and zooms in on the entire triumvirate of issues: jal, jangal, zameen (water, forest, land).

We catch up with a distracted, disheartened Dalton in Malegaon on the afternoon of Eid. He had wanted to address the residents immediately after the morning namaaz and draw their attention to his mission, but was rounded up by cops and made to wait at the police station for three hours. The wait had stretched on from morning to afternoon. It is evident that in the communal cauldron that is Malegaon, everything is looked upon with suspicion, including something like his mission that has far-reaching consequences for the betterment of community life.

“Just last night, we had participated in the Hindu-Muslim Ekta Manch programme under the aegis of the Narmada Bachao Andolan,” Dalton tells me, unable to comprehend why his group was picked up by the police.

With his “precautionary” detention complete, he places his red-and-white banners in a corner of Mahatma Phule Chowk to set the stage for his “Chauk-chaurahe pe baat-cheet” — engagement with the crowd at crossings and junctions. He is like a street performer; people stop in their tracks, vehicles slow down for their passengers to gape at him. There is a gold handcart (designed by artiste Bashir Sheikh) right in the middle, with a stone sculpture symbolising the three elements. Made by Nashik-based artist Neelesh Dheere, the sculpture weighs 80 kg and Dalton has been pushing it along all through his padyatra. This is what catches people’s eyes and draws the crowds. Some have even placed coins beside it, assuming it is a representation of god, Dalton tells me. The cart houses a blooming plant and a bag to carry water in.

“Water, forests and land are fundamental rights in human life. Why should you pay money for water? It’s slavery to have to do that,” the filmmaker tells the crowd that has gathered.

“Throughout the journey from Mumbai, the only things that caught my eye were barren hills,” he tells us. “There would be a temple on top of a hillock, but no trees.”

He blames this state of affairs on societal apathy on the part of an increasingly urbanised world.

“Society has reached an alarming stage when it comes to natural resources,”  he says regretfully.

He feels it is nature alone that can help us strike a balance...

“And ecology is safe only in the hands of the tribals,” he adds. Dalton is dismayed that in an ecologically rich region like Boodha Pahad, the natural habitat of the tribals, it is they who are identified and targeted by the state as Naxalites. All the more reason, he feels, for them to be equipped with a basic understanding of cinema, so that they can tell their own stories. “Since no one else is willing to tell them,” he explains.

Dalton’s own mission is self-funded, with friends pitching in with contributions. Seven people from various parts of the country have joined him on his padyatra and more are expected to catch up. He sleeps wherever he finds space, eats whatever is available. On the way, philanthropic individuals and organisations offer him food and shelter.

While we return to Mumbai after giving him company for one leg of his journey, Dalton has moved ahead. Leaving Malegaon behind him, he has travelled past Jhodge and Kandhane, and onwards to Dhulia. The three or four live video updates every day on social media continue to keep him connected with the wider world. “I might be an artiste on the margins, but I think globally,” he declares, soldiering on. “Mera cinema meri muhim hai. My cinema is my campaign.”

Excerpted with permission from the publishers, Hachette India