Initiatives like ‘Poetry under the Pilkan Tree’ offer poets a warm, appreciative, environment with an engaged audience of literary aficionados. 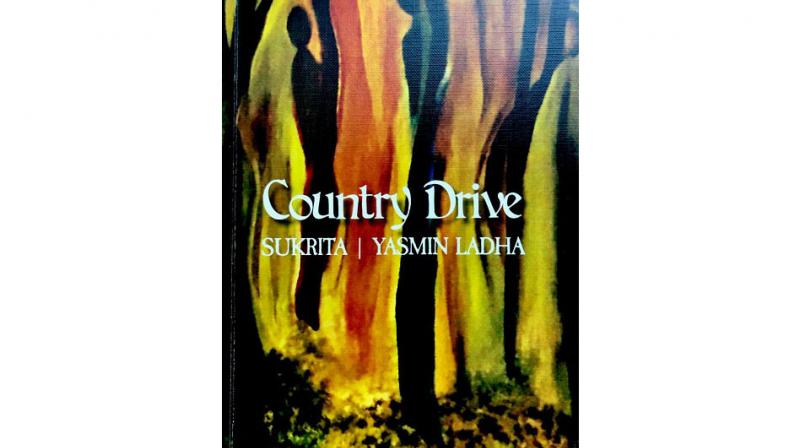 Poetry under the Pilkan Tree’ is the latest avatar of ‘Poetry at the Monument’ and ‘Poetry in the Park’ — initiatives by the fine Hindi poet Alka Tyagi. Over many years, she has tirelessly brought together poets from different languages to read and share their work in convivial, loving and beautiful spaces in Delhi. It is a laudable enterprise where both young and well-published poets, translators, critics and editors meet — in an informal setting — to read and discuss seriously aspects of poetry and its craft. All this is done in an understated manner without any show or fanfare — usually in a public courtyard, park, or in the intimacy of someone’s home.

A few weeks ago, respected academic and critic, professor Malashri Lal, hosted the latest edition. Acclaimed writers and scholars like Anamika, Lakshmi Kannan, Sukrita Paul Kumar, Alok Bhalla, A.J. Thomas, Aruna Chakravarti, and many others gathered in a home setting, decorated with fresh flowers and diyas. The young sat cross-legged on the floor and the older writers on sofas and chairs surrounding them. Tyagi requested the senior writers to present a stem of rose or rajanigandha to each poet/reader before they presented their creative pieces. This added a lovely formal touch, a ritual that brought sanctity to the proceedings that was otherwise conducted without any sense of hierarchy. The event was tightly run, readers respected their allotted time (a rarity in the writers world), and the introductions kept to a minimum allowing the work to speak for them.

Sukrita Paul Kumar read from her recent book (co-authored with Yasmin Ladha), Country Drive (Red River, pp.134, `300) — an illustrated volume that grew out of responding to each others’ poems. In a wonderfully contemporary ironic poem, ‘Is Draupadi at Schipol?’, she nonchalantly writes: “Fed up with five idealistic husbands / Draupadi walks out of the Mahabharat. / Like me, is she killing time at Schipol? // … Draupadi’s herbs must be hairy as armpits, / Fuzz on my jetlagged tongue, ….” Lakshmi Kannan read passionately from Unquiet Waters (Sahitya Akademi, pp.194, `90). The poem’s title ‘It Was the Waters’ is repeated refrain-like as the first line of each of the three stanzas: “It was the waters / that softened your hard wood, // … // that made you yield a smooth aromatic paste // … // that unfailingly brought out / the youness / of you.” 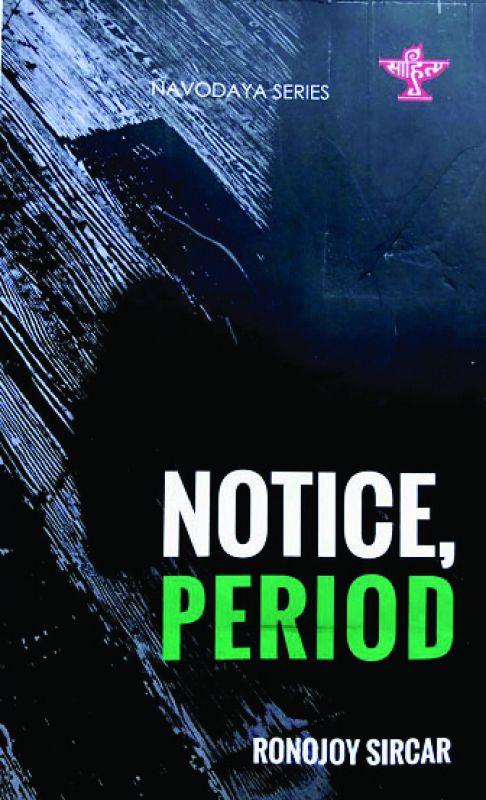 Anamika read one of her favourite poems, ‘Snap Button’, full of skipping onomatopoeia: “…chutputia people and chutputia snaps on sari blouses, / Tailors in the city sew on hooks, not snaps / and there's always a gap / between the hook and the snare of the eye. / No matter how hard you try, no click of a ‘chut’, no ‘put’.” Alok Bhalla recited a few pithy poems along with some excellent translations. A.J. Thomas’s poems were politically charged. Many of the younger poets read confidently off their smartphone screens. One of them, Ronojoy Sircar, launched his debut collection, Notice, Period (Sahitya Akademi, pp.80, `100), which he acknowledged came out of various meetings that this group has had over the last few years. In poems — such as ‘Muse’, ‘Quietness, like a drop of water’, ‘Corridors’, ‘One sentence, three words’ — he uses the white unprinted page space with equal effect as his printed text take on sculptural shapes, a nod to the ‘concrete poetry’ tradition. The poem, ‘Highku’, is cleverly titled and ti
ghtly-wrought: “typed buttons / meeting half-closed / laptop screens”. Alka Tyagi’s chant-like, gentle, evocative, spiritual poems largely deal — in a holistic and compassionate approach to life — with the state of humankind. She read ‘Amaltas’ which I’ve translated from Hindi: “Unparalled amaltas/on pathways — / my innermost / good wish / for every onlooker ; // Spring’s yellow / colour for me!”

Initiatives like ‘Poetry under the Pilkan Tree’ offer poets a warm, appreciative, environment with an engaged audience of literary aficionados.  The non-showy, modest, well-planned, curated evenings owe their grace to seasoned practitioners who handpick the invitees on merit — with the accent being entirely on quality poetry and its craft, in an atmosphere of camaraderie and positivity, without foregoing critical thought and poetics. All in all in these monthly gatherings, people read well, there is camaraderie, and the atmosphere mostly uplifting.

This is a start contrast to some of the poetry festivals that are mushrooming across the country — much like vanity press/publisher with little to distinguish the quality of the poetry that is to be presented. Many of these have been reduced to inward looking clubs with serious aspects of poetry and craft conspicuous by its absence. Here, I must of course, exclude and highlight serious poetry festivals like Vak, Kritya, Bangalore and Bandra — where the byword is poetic excellence.

Poetry needs to be taken to public places and initiatives such as these do so with subtle power. And the fact that these have carried on for years is a tribute not only to the zeal of the initiators/organisers but also to the community of intellectuals — all supporting them pro bono.

Another similar event, though held in more formal spaces, is Raza Foundation’s ‘Aarambh Kavita’ series organized by its director, Ashok Vajpeyi, a leading Hindi poet. In a conversation with him recently I ironically wagered that in the Indian poetry sphere’s hyper social-media-driven ebullience, many more poets write poetry compared to those who read or buy it. He summed up the scene succinctly: “Even though there is so much activity and buzz in the social media by younger writers, most of them are actually very poorly read. Writers across different Indian languages normally do not cross language barriers either.”

Vajpeyi’s own selected poems: A Name for Every Leaf: Selected Poems 1959-2015 (HarperCollins, pp. 250, `450) ; finely translated by Rahul Soni — shows Vajpeyi’s broad latitude of concerns in his poetry content, poetry that is full of large gestures dealing with humanity, politics, and art (unlike the younger writers who largely write of the ‘self’ in an angst-ridden self-obsessed manner). The following two lines reveal the poet’s “recurrent preoccupation”: “As long as you still have words, you can't reach Brahma’s forest. … This too, we have learned through words.” The volume contains several serious prose meditations too; however in contrast, here is a wistful poem I've translated, titled ‘Play’: “I spread out earth's green bed / I pull in sky’s blue veil / I place sun and moon on two pillows / I remove grass's attire / I indulge in play with you.”

In The Paris Review interview (‘The Art of Poetry No. 77’), the American poet Mark Strand remarked, “I think poetry is a fundamental human activity, and must continue. I think the minute we stop writing poetry, or reading it, we cease being human.” Poetry in India continues to be on the fringe of the literary scene.  Mainstream publishing houses, in general, are very shy of publishing poetry — only literary presses like Poetrywala, Copper Coin, Red River, Dhauli, Tethys, Gallerie, Speaking Tiger and Aark Arts are sustaining whatever poetry that is being published. The level of poetry criticism is very poor across the board, apart from a handful of good critics. Academics who teach or research, neglect poetry to a large extent, concentrating largely on fiction that is easier and more accessible. In such a scenario initiatives like the ‘Poetry under the Pilkan Tree’ and ‘Aarambh Kavita’ series keep us “human”.

The writer is an award-winning poet, translator, editor and photographer