Manu Pillai’s second book, Rebel Sultans, The Deccan From Khilji to Shivaji is a tribute to this region. 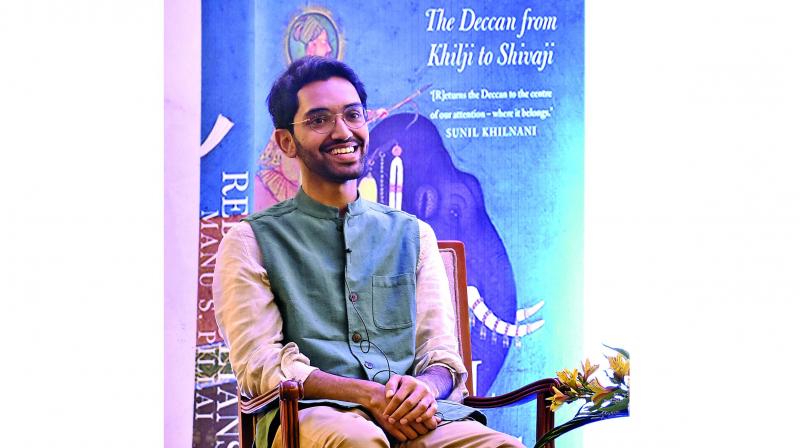 If The Ivory Throne was a tribute to his Malayali roots, Rebel Sultans: The Deccan from Khilji to Shivaji is a tribute to the region in which he was raised.

In 2016, when Manu S Pillai’s first book The Ivory Throne: Chronicles of the House of Travancore came out, it offered a fresh experience to history enthusiasts. It was told differently, in a way that even laymen could comprehend it. “When writing history, I am not writing for a seminar circuit or a conference circle,” says Manu. “It is the writer’s interest in finding as large an audience as possible that I seek as well, and so the history, rigorously researched, is presented with an attempt at elegance, flair, and literary style. I think that makes a difference,” adds the Malayali author, who grew up in Pune.

If The Ivory Throne was a tribute to his Malayali roots, Rebel Sultans: The Deccan from Khilji to Shivaji is a tribute to the region in which he was raised.

“The idea of doing a book on the Deccan had been there at the back of my mind,” he says. “I had been noting stories and details in the course of my travels, or through books I was reading. Finally, it was in 2016 while at the magnificent Qutb Shahi tombs in Golconda that I decided I would get into the subject more fully, and put pen to paper, in an attempt to resurrect in popular imagination the story of the Deccan.”

But, Manu was determined to look beyond Shivaji while writing it. “Too often the history of this region is limited to Shivaji and/or to the invasion of the Mughals. But, as William Dalrymple once said, for every 100 books on them, we would be lucky to find 10 on the Sultanates that existed before. I wanted to fill that gap and tell those tales of Persian-Maratha dynasties, African warlords, Shia-Sunni feuds, Hindu-Muslim conversations and the wonderful cultural universe that was the early modern Deccan, linked by networks of commerce to lands east as well as to the west,” he explains. 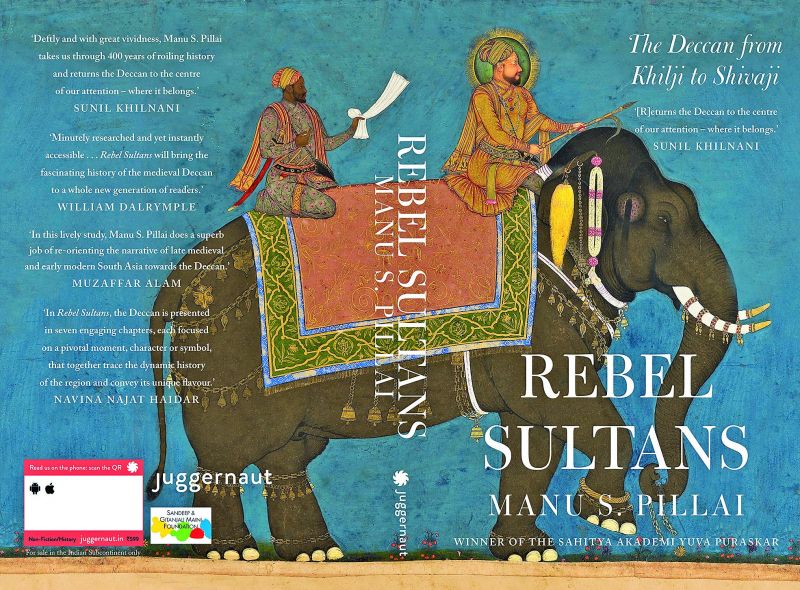 He begins the story in the 1290s and ends it in the early 1700s. “So the nature of the material, the kind of details that are available, and so on was very different from my first book.” As part of the research, he read old chronicles like Ferishta’s history, Telugu texts like the Rayavacakamu, the Sivabharata composed in Shivaji’s court (all in translation), guided by the work of scholars ranging from HK Sherwani to Richard Eaton. “My intention was to obtain the best of scholarly research and to bridge it in attractive prose for the lay reader,” Pillai adds.

And, he does that through his characters. “The mistake we make is that history is told often through dates and battles —things to which we don’t feel a connection in our time. But if you make history about the people in it, the story is transformed,” he believes. “Our basic human impulses, our basic characteristics, these do not change, no matter what the age. So a Sultan might have lived 500 years ago, but if the story of his time is told through his tale — the human drama, the emotional side, the humour, the politics, the intrigues, the love of art — suddenly we are no longer outsiders looking at a bygone age from afar, but veritably melting into the story ourselves, forming a connection with that character.”

If Sethu Lakshmi Bayi, Regent Maharani of Travancore, was the leading character in The Ivory Throne, Ibrahim Adil Shah II, a Sultan in Bijapur with Persian and Maratha blood, is one such compelling character in Rebel Sultans. “One can look at that period through him. He was a man who loved Sanskrit and Marathi, a Sunni Muslim who worshipped Ganapati and Saraswati, a patron of the arts, and indeed the Akbar of the Deccan. His personality makes the canvas richer, far more than a sequence of wars and events will allow.”

His book is out at a time when history is politicised. How can we tackle it? “History is all about context, nuance, detail, and dispassionate understanding — politics is about black and white, impassioned speeches, and selective readings of the past to cater to present anxieties and ambitions. The best way to tackle that is to stop listening to politicians — who are trying to get “revenge” in the 21st century for imagined insults in the 16th century — and to read historians who can put things in perspective,” he concludes.