Healing Scars through her prose

A visit to a burns wards led Ria Sharma on the path to helping survivors, and writing this debut book. 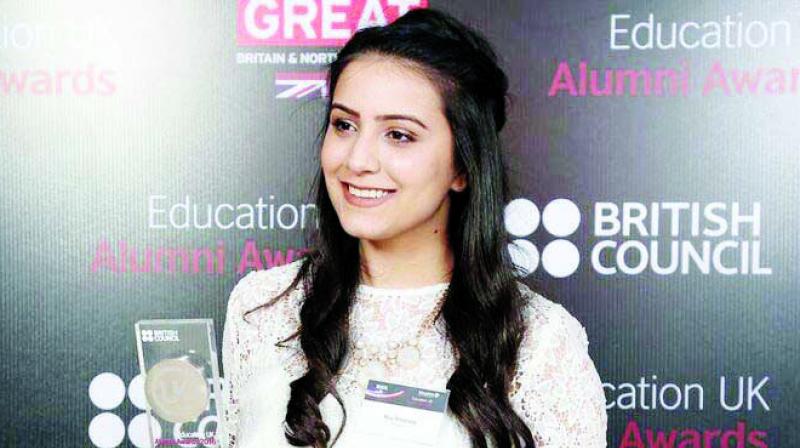 Doing a full 360 degrees turn with your career may not have been easy choice. But Delhi-based Ria Sharma did it anyways. What mattered to her was to be able to make a difference. What started as a documentary in her third year of college led to her founding the Make Love Not Scars NGO and her first book Make Love Not Scars. The debut author studied fashion design at Leeds College of Arts in the UK, and then decided to to start MLNS while shooting a documentary. She shares, “I founded MLNS while I was still in my third year at college.

I didn’t find it hard to make the career shift as by that time I had created a bond with the survivors that felt very natural. I felt passionate about what I was doing like I had a purpose.” Ria decided to devote her final year project to women empowerment and this in turn led to the documentary. On how the NGO came about, she shares, “I realised after a visit to a burns ward that a documentary would bring no concrete help. After that traumatic visit, I decided to abandon the idea of the documentary and registered MLNS as an NGO instead. The little to no value for life and lack of adequate healthcare and justice inspired me to start MLNS.” Through her book, Ria wanted people to see the survivors through her eyes. “There is so much social stigma that surrounds the cause, I was hoping this book would help people see the survivors from a different perspective. 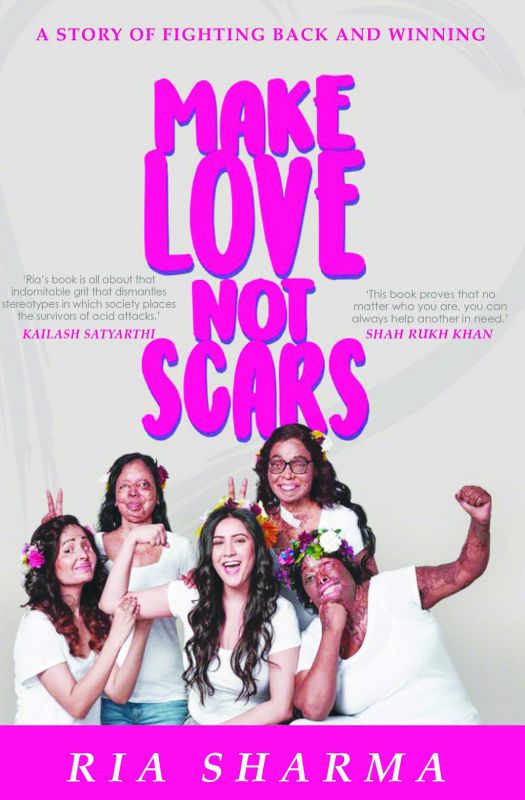 I also wanted the book to be an honest representation of the reality on the ground that would hopefully one day help hold authorities accountable. The aim is not just to be able to spread awareness, it’s also to inspire other individuals to want to make a change,” she adds sharing that the response that she has gotten for the book have been good even though it was launched only 10 days ago. On the kind of research that went into the making of this book she shares, “A lot of this book has been written over the past five years. I wrote things down that I witnessed as a method to cope. A major part of the book is written in real time as things unfolded, which is probably why it’s not sugar coated and reads like a diary. My work has been my research.”

Working with acid attack survivors might not have been easy, but for Ria it was life-changing. “They have saved me from myself more than I could ever save them. They inspire me to be stronger every single day and I am constantly honoured to represent them,” says Ria. She has many accolades to her credit — being featured on Forbes Asia 30 Under 30, named on India Today’s 50 most influential women under 50 list. Ria feels that her greatest accolade was, “To see the smile on the faces of my survivors, everything else that I have to my credit is secondary.” As of now, she hopes to establish more rehabilitation centres all over India so that we can reach and help more survivors. Although Ria was born in a small fishing village on the outskirts of Mumbai, Dhanu, she was raised in Delhi where she studied at Pathways World School.