Trials of women in a society dominated by men

It was something you were born to, if you were a woman, and embedded in you from girlhood. 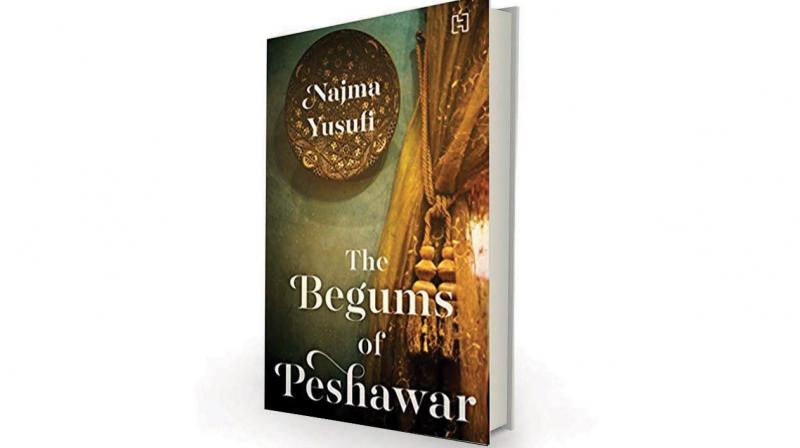 The Begums of Peshawar by Najma Yusufi, Hachette India, Rs 399.

Written as a tribute to the “Pathan women of Peshawar” by a descendant of the Afghan Durranis (who were, once upon a time, rulers of Afghanistan), The Begums of Peshawar is a story of four daughters of the family: go-getter Maagul, subservient Bibigul, bookworm Chan and ugly duckling Firasat (only in comparison to her sisters). Do not expect a witty, romantic Pride and Prejudice, though the trials and tribulations of women in a male-dominated society is what this story is all about. No matter how educated or successful a woman may be, a failed marriage is seen as a failed life. As Firasat eventually realises: “In these parts, waiting was an art that had been honed to perfection. It was something you were born to, if you were a woman, and embedded in you from girlhood. You waited. You waited for your father’s permission to do the most basic things. You waited for food. You waited for your mother’s love after she had finished tending to her male offspring. You waited for freedom. You waited for your husband’s love. You waited for a son. You waited.”

Bano, the young maid in the Durrani household, is the only woman in the book without expectations — she knows exactly what her lot in life is, and spends her time “trying to be as unobtrusive as possible, hoping that no one had seen her or intended to accuse her of one thing or another; that was how masters were with servants like her. Her kind was blamed for everything that went wrong”. While treated extremely badly, servants like Bano were valued too, because they were expected to be the “eyes and ears” of the masters of the family. Spying to protect the family honour was seen as a sign of loyalty and often rewarded.

When we meet the Durrani family in the 1950s, they have been reduced to a tiny corner of Munda Beri in Peshawar, but still cling to their arrogance and past glory. Only one daughter, Maagul, marries a social equal. The other three marry professionals who are their social and economic inferiors. “She was well aware that her mother thought far less of her husband’s family than of Maagul’s in-laws. She remembered the Begum saying, ‘They won’t expect you to have a ruby and emerald necklace — what do those country bumpkins know of such things, anyway? But their son is a doctor and that has made it possible to set foot in this house.’”

Which is, as we discover, not a very good idea, because the Durrani girls have no clue how to cook or run households — chores were left to their army of servants. Chan and Firasat’s mothers-in-law and husbands who once were delighted at this wonderful match, sneer at them for their incompetence in this field and punish them for it. “Like Chan, Bibigul secretly believed that her mother was to blame for the sorry state of her relationship with her husband because she had failed to train her daughters adequately for married life.” All that men wanted from this marriage to daughters of landowners was a massive dowry with land thrown in and every further demand for cash met (no matter how unreasonable it may be), but their expectations were dashed as the Durranis had no money to spare.

Even Maagul, though in a far better situation than her sisters, is less than impressed with marriage: “Was this what marriage was all about, being controlled by your mother-in-law, she wondered. Was Rashid simply a puppet on a string?”

Things fall apart, as they usually do to subservient women in this part of the world: the husbands are a huge let down and issues like domestic violence, cheating, incest, second wives and religious extremism rear their ugly heads. As Maagul’s good friend Yasmeen says, “‘I wanted to say that you really shouldn’t take these things to heart. Men will be men — like dogs, you know. There is nothing we can do about it. I stopped fighting with him about it a long time ago.’

‘So just accept it, then? No questions asked? Is that what you mean? What about your women’s liberation and all that?’

‘Well, all that works in the West, where they don’t have to contend with these bastards. These men are never going to be everything to us. Understand?’”

Bano too experiences the worst kind of hell at the hands of a man, but unlike the Durrani girls, she finally has enough and takes action to change her life. Foolhardy at that moment, perhaps, but the gamble pays off.

While the story is relentlessly depressing, it is also extremely gripping as you gasp at every twist and turn in the lives of the Durrani girls (and Bano) and wonder how they will deal with it. While their mother, Begum Hidayatullah has made it very clear that the only way Durrani girls return to their family home after marriage is in a coffin, that rule is broken several times over. This book is a must read for every wealthy, conservative family in India (make no mistake — there are plenty, still). It may not turn hirsute patriarchs into bra-burning feminists, but it will certainly give them an idea of the horrors their daughters go through.