Adopted by his mother’s sister, Zameer spent his first five years with her and his maternal grandfather, from whom he learnt horse riding. 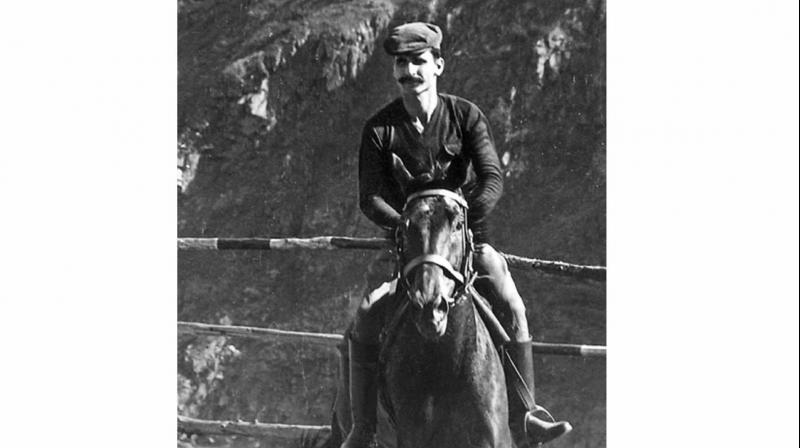 While on Op Parakram, Lt Gen Shah was moved at a very short notice to head a contingent of 3,000 troops to Gujarat.

Adopted by his mother’s sister, Zameer spent his first five years with her and his maternal grandfather, from whom he learnt horse riding. He began his studies in their family madrasa, where, he recalls, how writing on flat limestone paste- covered wooden boards with bamboo pens taught the children to avoid making mistakes and excellent penmanship. He was soon moved to St Joseph’s college, Nainital, one of a chain of schools run by Irish brothers whose remarkable dedication, he acknowledges, influenced him lifelong.

Coming from a family with a 200-year history of serving in the defence forces, it was not surprising that he opted to join the Army and quips,   “I was a horseman, and the Army in all its wisdom commissioned me to a camel regiment.” Before the 1971 India -Pakistan war, this regiment's camels were shed, but interestingly, he had two more trysts with camels. 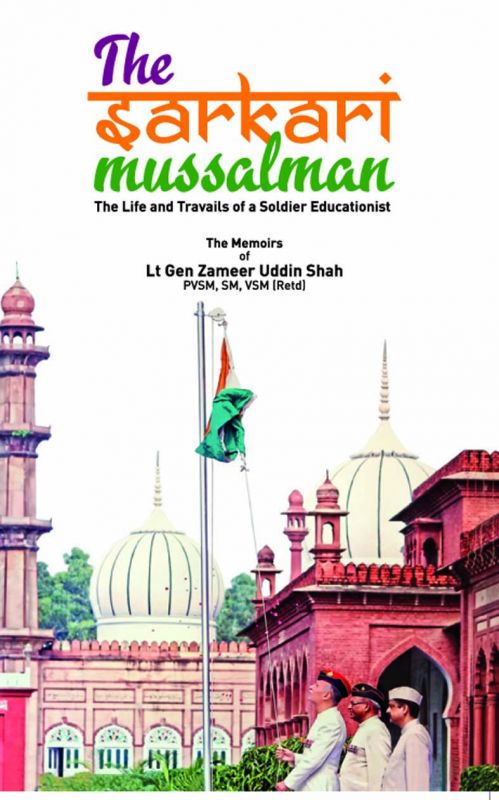 Zameer is the second and tallest of three brothers, Zaheer, the eldest, an alumnus of Indian Institute of Technology, Kharagpur, and Naseer, the youngest and none other than the talented thespian, Naseeruddin Shah. The second chapter of the book is titled Living under the Shadow of a Celebrity Brother. Naseer, in his foreword of the book, mentions how someone watching them play tennis commented that Zameer  could have been an actor and Naseer could have been in the Army.

The author relates the incident involving what he felt was a “demeaning and despicable” term — “Sarkari Mussalman” — which he had heard his father being referred to as and which was used against  him, too. He decided to use it as the title of this book.

Over a career spanning 40 years, Lt. Gen. Shah served in many parts of the country including Ladakh and the Northeastern states, on which  itself there is a long chapter in the book.

Three other interesting and informative chapters in the book are, (a) his tenure as defence attache in Saudi Arabia, (b) his participation in two operations — Op Parakram, following the Pakistani terrorist attack on Parliament in December 2001, and Op Aman to quell communal riots in Gujarat during February-March 2002 and (c) his stint as vice-chancellor, Aligarh Muslim University (AMU).

While on Op Parakram, Lt Gen Shah was moved at a very short notice to head a contingent of 3,000 troops to Gujarat. Landing at the Ahmedabad airfield by 7 am on March 1, they had to wait for over a day to receive transport and other logistical support from the state government. This delay, according to him, occurred despite a request by him to then Chief Minister Narendra Modi, whom he met at 2 am on March 1 in Ahmedabad, in the presence of then Union Defence Minister George Fernandes. The Army, with its impartial and no-nonsense approach, put an end to the riots within 48 hours. The Special Investigative Team appointed by the Supreme Court concluded that there was no delay in requisitioning and deployment of the Army, which, was a blatant lie. General S Padmanabhan, then Army Chief, backed the assertions of Gen. Shah, who, he said, “could not be surer” about the events leading to the deployment of the Army in Gujarat as he had mentioned every detail in the After Action Report on Op Aman. He briefly mentions about some eyebrows being raised and questions being asked as to  why a   Muslim officer was heading the Army contingent to quell riots in Gujarat; the matter was closed after the reply that the Indian Army does not at all discriminate on those grounds. On being awarded a Sena Medal for restoring peace and sanity in Gujarat, Gen Shah acknowledged that it was owing to the good work of his troops.

This was at a time when indiscipline in AMU was rampant.  Initially, he faced some resistance from a section of students and teachers. It was a challenging assignment which he dealt with firmly and fairly, maintaining, “I always said, your freedom ends where my nose begins. Discipline is of utmost importance, and anti-national activities are intolerable.” Observing the gap between children who came from madrasas, bridge courses were organised to teach them English, computers and more. The success rate of this bridge course has been 100 per cent with the children, both boys and girls, going on to take competitive exams, law courses, etc. Moreover, it was seen that these children became the agents of change. “Theology is important, but it is also important to move along with modern times,” he believes. He retired from AMU in May 2017 and in 2018,  the Times Higher Education World University Rankings picked AMU as India’s best.

The author’s description of life in the Army, the India-Pakistan war of 1971, his recollections of the insurgency movements in Manipur and Nagaland,  his tenure as a defence attache and the travelogue, all make for good reading. His observations, in particular, of the Northeast and as a defence attache are quite insightful.

Gen Shah’s further trysts with camels were while traveling in the Gulf and later during Op Parakram. While driving a car in the Gulf he had a serious collision with a camel, which resulted in it landing on top of the car and dying. And during Op Parakram, when a need was felt for using camels as they had been used effectively in special operations during the 1971 war, Gen Shah found himself training troops in  camel-riding.

With reference to the title of this book, released at a time when politics in India, particularly related to communal matters, has been at its worst, the author’s thoughts and comments are, on the one hand,  politically correct but are also, on the other, a reflection of what the ailments are and how they should be dealt with. It is a fact that, owing to a lot of highly-organised scurrilous propaganda by Pakistan and its various and varied attempts to radicalise Islam and poison the minds of Muslims not only in Pakistan but very purposefully in India, too, as well as due to lumpen elements at large, life for the Indian Muslim can be very trying. With respect to recounting the challenges he faced during the Gujarat riots and later as vice-chancellor of AMU, Gen. Shah has been quite meticulous and balanced. He advises proper education for the young and reform of madrasas, which should prepare students to be “job ready”. Only this can uplift the condition of the average Indian Muslim, he says.

Towards the end of the book, he has some valid praise for the Army as an institution honouring all religions but not letting them affect the discharge of duties in service of the nation. His tribute to the sense of humour in soldiers has been in the form of including a collage of cartoons by a master artist and lampooner, Col A.J. Arulraj. The second last appendix of the book is Gen Shah’s open letter to the Prime Minister.

This book is a must read for decision-makers, soldiers, academicians, administrators, students, etc., not to forget, politicians.