A novel-in-stories charts the secret life of a neighbourhood

At the mouth of the lane, hanging perilously from a wrought iron pole is a plaque the colour of midnight blue. 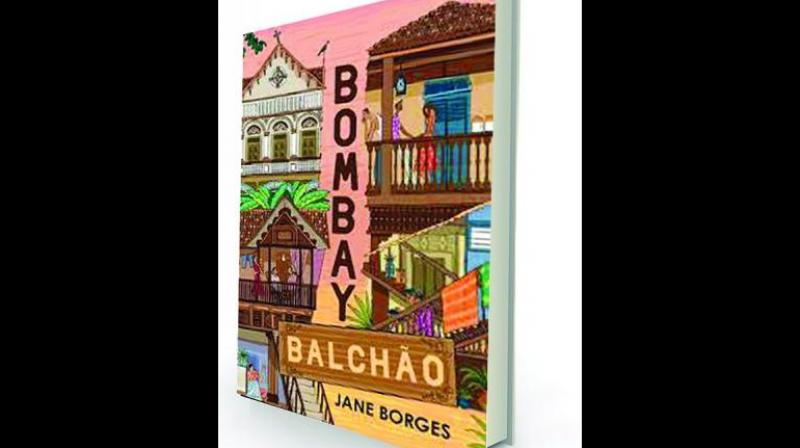 Before we begin, you must know where you are. Sandwiched between two bustling bazaars in the south of Mumbai is a winding stretch of road, broken on the edges and pockmarked from years of neglect. From dawn to twilight, hurried feet trample over this uneven strip, while handcarts crush and pound it further, making its presence unsightly. At the mouth of the lane, hanging perilously from a wrought iron pole is a plaque the colour of midnight blue. The inconspicuous sans serif font in waning white reads: Dr D’Lima Street, Cavel.

In her charming first novel, Bombay Balchao, journalist Jane Borges brings to life Cavel, a nearly forgotten neighbourhood in Marine Lines, South Bombay. The true natives of this fascinating little pocket were the “East Indians”, locals converted to Christianity by Portuguese missionaries who had settled here in the 16th century, making Cavel one of the oldest Latin quarters of the city. Later, to the (mild) chagrin of the East Indians, the place became home to other Indian Catholic communities, mostly the Goans, but also Mangaloreans and others, who brought their unique cultural influences with them when they settled in Cavel, soon going on to outnumber the East Indians. They lived, loved and often waged simmering neighbourhood wars that, in typical Indian fashion, carried on for generations. In Borges’s fine and timely Bombay novel, thematically reminiscent of Rohinton Mistry’s Tales from Ferozeshah Baag, this piquant way of life — unfortunately fading away, now that Gujarati and Marwari traders outnumber the Catholics in Cavel — as well as the history underpinning it, has finally found its due.

Bosco Mansion in Pope’s Colony is the beating heart of this uniquely structured novel-in-short-stories, while Michael Coutinho, veteran journalist and long-time resident of Bosco, adds the element of narrative continuity in discrete chapters. Michael, who grew up in the building, is linked to most of the other characters (their tart observations about Michael interrupt his own account of himself, giving us a clever and complex picture). We meet his gardening-obsessed wife Merlyn (when the chikus in her garden are messed with she doesn’t hesitate to hire a tantric to get to the bottom of it all), his wild sister Annette and the two men she loves and hates in equal measure, Mario, his neighbour and protegee of sorts, whose father David dies in the Bombay Port explosion of 1944 and whose mother then starts a local brewery to make ends meet (though that quickly makes her the local villain), as well as an extended and colourful cast of minor characters.

Where Borges pulls off a masterstroke is that her individual stories, set in the Austenesque “two inches of ivory” of Cavel, are not arranged chronologically. Instead, we go back and forth in history, seeing Cavel through a new filter every time, witnessing how time reorders old arrangements and decays what was once ripened to perfection. That delicious unpredictability works well, as does Borges’s felicitously woven historical research and inclusion of the rich patois spoken by Cavelites in her narrative. Given that one of the macro trends that a fair bit of Bombay-writing falls into is the maximum city extravaganza, of crime or politics or the grand drama of poetry and drugs, Bombay Balchao situates itself in the quietly resistant strain of the domestic novel that, like Anjali Joseph’s Saraswati Park or Amrita Mahale’s Milk Teeth, allows the richly detailed specificity of a particular world to tell eloquently of the inner life of the metropolis just as well if not better than their more OTT versions.

A novel perfectly pickled and presented, to pun on the title, if you savour the quirks of its characters you may even get a secret balchao recipe out of it after all!