Apart from his, personal travail as a prisoner of war, Boyagoda does well to establish the long history of the Tamil issue. 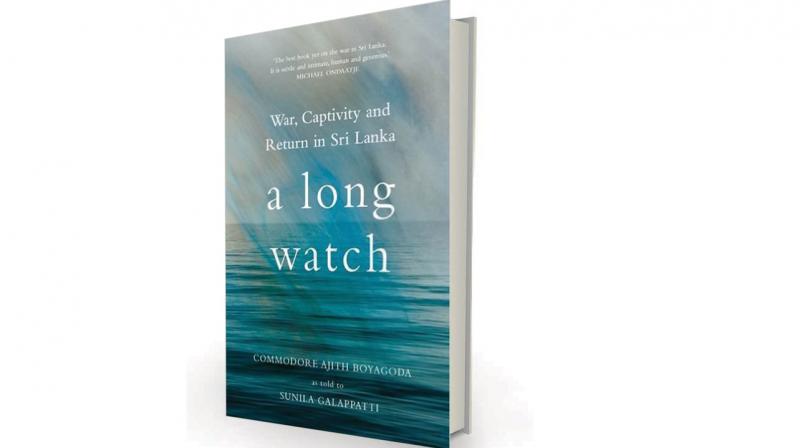 A Long Watch: War, Captivity and Return in Sri Lanka by Ajith Boyagoda as told to Sunila Galappatti HarperCollins, Rs 350.

There have been a spate of books on Eelam War IV (2006-09) in Sri Lanka, including my own (Sri Lanka: From War to Peace, Har Anand, 2012) but none of them had the benefit of a first-hand experience that Commodore Ajith Boyagoda had — a serving Sri Lankan Navy officer as a prisoner of the Tamil Tigers for eight long years.

That, in itself, is the strongest point of the book A Long Watch: War, Captivity and Return in Sri Lanka. Boyagoda was captured by the LTTE in 1994, when he was commanding the SLNS Sagarawardene, a Sri Lankan Navy ship patrolling the north-eastern coast along the Gulf of Mannar. A suicide boat of the LTTE rammed into the Navy ship and sank it. Many sailors on board drowned but Boyagoda, last to leave the Sagarawardene, was captured by the Tigers after drifting in a raft.

Contrary to general expectations however, Boyagoda says, he was spared harsh and perhaps even capital punishment because the Tigers were aware of his exemplary record as a Naval officer who followed correct procedures and a humane approach in dealing with civil population, mostly Tamils on the island of Karainagar.

Apart from his, personal travail as a prisoner of war, Boyagoda does well to establish the long history of the Tamil issue and the constant standoff between the majority Sinhalas and the Tamils.

The former naval officer writes without rancour about various factors influencing the events of the time. He provides perspectives of all the parties involved and describes in detail life as LTTE prisoner. It was a testing time for the former naval commander in captivity. From giving orders to men he commanded to seeking permission even for daily ablutions was a change that any lesser mortal would have resented but Boyagoda bore the indignity with grace and equanimity and does not show any outward animosity toward the Tamils.

The former naval commander, released in 2002, however found it hard to adjust to the freedom and normal life for a long time. It wasn’t easy to convince the authorities that the ship that he commanded sunk because of a genuine attack by the adversary and not because failure of command. A court martial later cleared Boyagoda of the charges negligence and failure of command. It took him longer to normalise relationship with his family though.

The book is divided in three sections along with the Introduction and an afterword. Major themes in the book include the context in which the crisis built up over the years, detailed discussion on the conflict itself i.e. influencing factors, tactics, actors and methods etc. and the subsequent consequences of the whole ordeal. There is considerable focus on media, human rights, international and Indian views and how things turned out after the fall of the LTTE. The author does not pull any punches in detailing the hardline views on both sides of the divide and how moderates had a tough time in dealing with the situation.

Although not involved in the Eeelam War IV — the final conflict that witnessed the elimjination of the LTTE — the former naval officer had several insights to offer on the no-holds-barred war. He writes with great insight about President Mahinda Rajapaksa and his government’s approach to dealing with the LTTE which eventually led to the decimation of the LTTE as a dreaded terrorist outfit.

The author rightly concludes that the period after the conflict ended was much more troubled because it was difficult for most protagonists to adjust to the “new normal”.

A good quick read, the book may not appeal to a very wide audience but is certainly a useful addition to the recent literature on the three decade-long Sri Lankan conflict and its consequences.

Nitin Gokhale is a well-known defence and strategic affairs analyst