Whether you have grown up in Delhi or not, Yashodhara Lal’s new novel will transport you to your childhood. 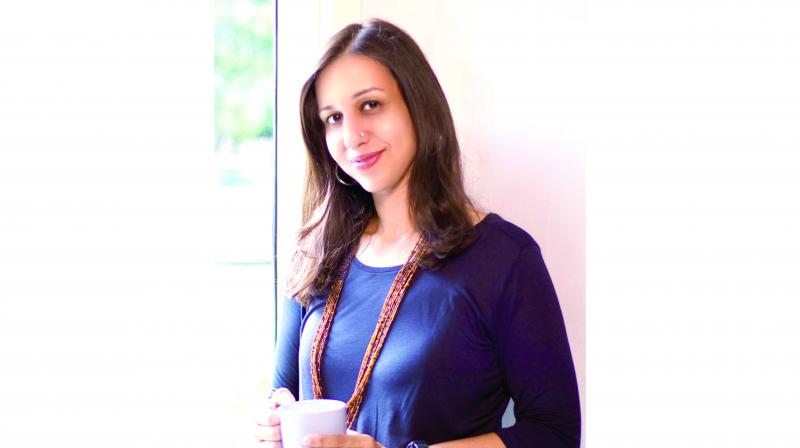 It also helps that Lal’s novel is “almost 100 per cent autobiographical,” and the preteen happens to be none other than her.

“And then, my traitor of a mother returned with a whole new human being, a tiny thing that wailed piteously in a relentless bid to grab the spotlight, and whom everybody affectionately referred to as Chand or Chanda. Oh yeah. So that was it, was it? I could see the writing on the wall. It wasn’t as if I had been born yesterday.” — it is writing like this, which marries wit and humour splendidly well, that one gets to see in Yashodhara’s Lal’s newest novel, Those Days in Delhi. What makes the above extract work even better is its context: the cribbing of a 12-year-old protagonist, true to how these usually go, but with the sass that only a slightly-older author could have added.

It also helps that Lal’s novel is “almost 100 per cent autobiographical,” and the preteen happens to be none other than her. As the name suggests, this coming-of-age page-turner (and it really is; the writing is sublime and flows like milk), is about growing up in the nineties in middle-class Delhi. And if you have gone through that process yourself, like this correspondent has (place and era intact), prepare for a nostalgia-driven joyride that will, by perhaps chapter 6 if not earlier, have you feel the pulse of those (far simpler, nicer) days in Delhi.

“I get my inspiration from Gerald Durrell, and I suspect that for him also, things were autobiographical. He took his family, his growing up years, and made a lot of fun of them, unabashedly. So it is that and the James Herriot kind of writing, which is rooted in the stuff that really happens,” reveals Lal, who has realised, now that she has published her sixth book, that she’s happier writing memoir-esque stuff. And we’re quite happy reading it too.

Just like how it is in Boy: Tales of Childhood by Roald Dahl, events that, as the author says, “were not fun when they took place in real life” sound exhilarating, and weave together a nice central plot, complete with beginning, conflict and resolution, but each ‘slice of life-ish’ chapter exciting to read even in isolation.

Has it been emphasised enough that the novel is hilarious? On her spot-on humour, Lal continues, “My inspirations have all been funny writers. I have just always enjoyed reading and laughing. Even when I began to write, I started with a blog and making people laugh very naturally.”

The choice of humour has a lot to do with the author’s life. She’s a mother of three and a prominent marketing-director, and, as she says, “It can get really stressful. So, I would say humour and the ability to tell a story and look at the lighter side of life is a survival instinct for me.”

And just like any well-written novel, Those Days in Delhi’s has admirable detailing. Everything from Saluja Dairy in Khan Market (which has, sadly, closed down) to the Neem trees in Pandara Park, there happen to be many motifs in the novel, the mentions of which will turn any Delhiite giddy with excitement. They also add a fine touch that makes one recall Anuja Chauhan’s novels.

On the detailing bit, the author concludes, “Actually, I focus on the essential. On what people feel or talk. The way they think. For me it is more about the essence of the character and the story. So, the detailing is only incidental. But since this is a book about my childhood, the intrinsic, sights, sounds and smells tend to crop up.”

Tags: those days in delhi