Books   11 May 2018  Raj days: When women were honoured in their absence
Books

Raj days: When women were honoured in their absence

The Portuguese, who had preceded the British, used to send annual batches of women for marriage with their officials in Goa. 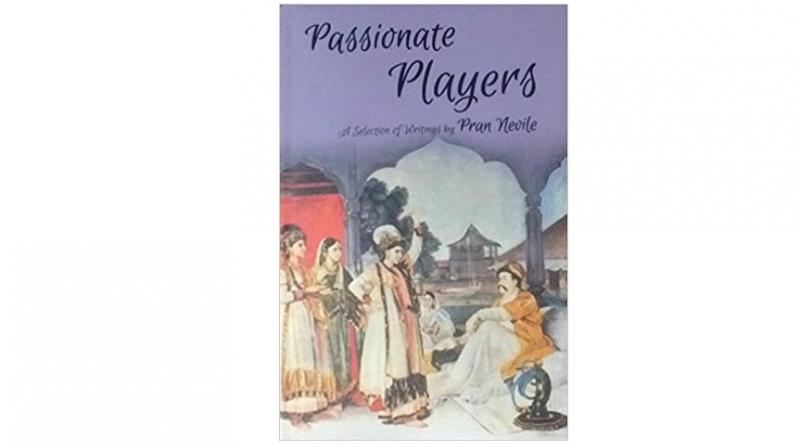 Following is an extract from Passinate Players, A Seclecton of Writings by Pran Nevile.

The burgeoning Raj was a masculine affair. Women were honoured in their absence and founders of the empire suffered prolonged separation from wives and families. To rephrase a hoary catchphrase, it may be said that the “empire was not acquired in a fit of absence of mind, so much as in a fit of absence of wives”. According to Ronald Hyam, a distinguished British historian,  “the enjoyment and exploitation of black flesh was as powerful an attraction as any desire to develop economic Resources”. In the exotic realms of Hindustan, some of the traders and  adventures  found  outlets  for  their  surplus  emotional  and sexual energy — somewhat suppressed in more inhibited Britain, where sex was regarded as a curse stemming from original sin and penalties for extramarital affairs and sexual deviation were severe. Deterred by the dangers of a long and tortuous voyage, few British women ventured to come to India. The Original Charters of  the  East  India  Company  forbade  women  on  its  posts.  The Portuguese, who had preceded the British, used to send annual batches  of  women  for  marriage  with  their  officials  in  Goa. Sometimes their ships were captured by Muslim pirates who sold the women in the slave market of Surat from where some of them landed in the harems of Mughal nobility. British settlers at first married widows and daughters of the Portuguese Catholics, which did not find favour with the Company. So, towards the end of the 17th century, John Company also copied the Portuguese practice and shipped batches of young women divided into “gentlewomen” leaving their servants to find women for themselves. The civilians and soldiers were in a way encouraged to take native wives and mistresses. The general moral tone of the settlers was far from laudable. Parson Benjamin Adams laments the immoral life and debauched manners of some of his countrymen. He bemoans the incestuous as well as adulterous marriage of Sir Nicholas Waite, President of the Company at Surat, with his niece and that of William  Warren,  Company  Surgeon  at  Calcutta,  with  a  widow when he was already married (but had left his wife at home).

The  early  settlers  were  generally  very  much  influenced by indigenous customs and manners. They adopted the Indian lifestyle as  is  evident  from  their  attendance  at  nautches  (dances),  their smoking of hookahs and maintaining zenanas. Some of them even came to the conclusion that a hundred wives were better than merely one, the whole lot being more attached and faithful.

Among the native women who won the hearts of many a sahib with their grace and seductive charm were the nautch  (dance) girls. Some Britons who had made quick fortunes emulated the ostentatious living of princes and Omrahs and even maintained their own set of nautch girls for entertainment and the occasional sexual gratification of their guests. Mrs Sherwood in her journal laments the influence of nautch girls over the other sex - 'it steals upon those who come within its charmed circle in a way not unlike that of an intoxicating drug.” Until the end of the  18th century, the number of European women was so small that every spinster and widow was snapped up at once, irrespective of her physical charms. Around 1790, there were only 250 European women in Calcutta but 4,000 men...

This happened over 50 years ago. “Fazal…  Fazal…Fazal…!” We heard this name being called, but could see no one around except a man wrapped in a shawl walking in the opposite direction from us. Soon he turned around, approached us and enquired. “Bauji! Did you call me?” We were quite surprised, for the cry of Fazal had come from his direction. Apparently, he had been shouting his own name. On our replying that we did not call anybody, he at once changed the subject, saying, “Forget about it. By the way, what are you up to at this time of the evening?”

Leaning against our cycles, we were standing at the junction of McLeod Road and Beadon Road. It was the middle of November and past seven. We were feeling rather dejected as we had failed to get tickets for the 6.30 show at Palace Cinema. The house was full, including the Royal class where the entry cost nine annas inclusive of entertainment tax. On show was Shantaram's Duniya Na Mane which was a great hit in Lahore. Shanta Apte, the top star of those days was playing the lead role, supported by the renowned character actor Keshav Rao Date and the child artiste Vasanti. There was also Shakuntala Paranjpye, M.A., in a side role. We were very curious to see her because we could not imagine a girl with a master's degree agreeing to work in cinema, which most people considered a disreputable profession in those days. The hit song of the film was on and could be heard from where we stood.