Through six stories written by writers from diverse backgrounds, the Welsh National Opera explores the highs and lows of migration 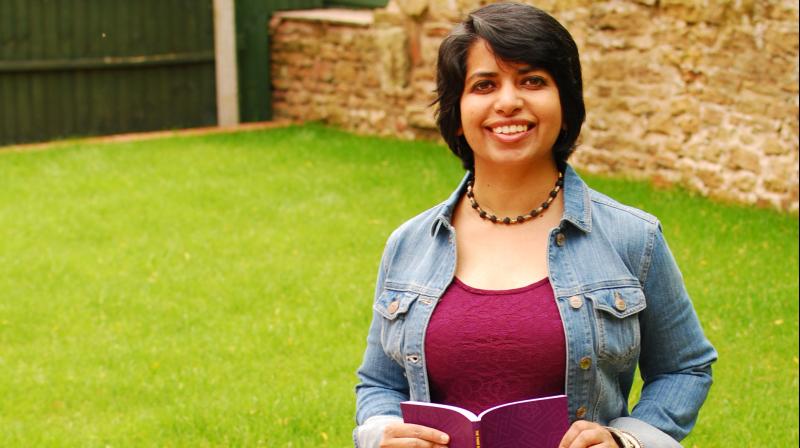 Indian writers writing operas for western productions — something that is not unheard of as there have been the likes of Amit Chaudhuri and Jeet Thayil who have done so. But now, most recently, author Shreya Sen-Handley became the first Indian and South Asian woman to write an opera for the Welsh National Opera.

“To me, it feels huge as it is an opportunity for me to show what we can do. It’s an amazing thing for me — I am completely bowled over by it,” she expresses.

Titled Migration, the opera — composed by Will Todd — boasts a combination of six stories written by six writers belonging to diverse backgrounds. The opera features Sir David Pountne’s Mayflower that is based on a group of settlers sailing to America 400 years ago in order to escape religious persecution in Britain. Sarah Woods’ Treaty 6 deals with the aspect of inward migration and displacement in “the first nation”, Cree. Flight, Death or Fog by Edson Burton and Miles Chambers delves into the life of an Afro-Caribbean slave to a wealthy merchant in Bristol.

Apart from that, migratory birds are also explored through Eric Ngalle Charles Birds. Sarah Woods’ second story for the Opera focuses on the hardships the refugees and asylum seekers have to face in what is an alien country.

But, there is more than meets the eye when it comes to this opera as for the first time, an Indian woman has written an opera in overseas production. Shreya Sen-Handley’s This is the  Life depicts the life of two Indian doctors — Jai and Meera — who were invited by the British government in the 1960s for their services in the National Health Service in a time where the mood of the nation was anti-immigrant kudos to the deteriorating economic situation.

Speaking to Shreya on using opera as a medium for expression for a theme like migration, she says, “The thing about the opera we don’t know is how comprehensive and total an art form it is. It is a musical extravaganza. Migration is at the core of human existence. The opera gives the subject of migration the grandeur, dignity and colour with a bit of over the top nature. It gets to the core of migration and each one of us has a migration story and I feel that opera can enhance that.” She also added that this opera is one of its kind as it is the first opera to represent modern India and its concerns.

“The fact that it (her story in the opera) was a comedy is very me because I don’t take things very seriously. I don’t consciously write poetry,” she added.

Her story is an amalgam of influences from Bollywood, modern Indian poetry which was Bengali poet Sunil Gangopadhyay's Neera cycle, classical Indian music from the sitar and tabla will form part of the orchestra and Indian art and stagecraft South India's Kathakali. Speaking on how the balance between the influences was met, she explains, "There are a lot of influences going on. It is a hard act to follow. There is a lot of craft in writing and I am very careful with the craft."

She feels that her story is pivotal to bring it out to present it in front of the British audience. She says, "We are in post-Brexit Britain and clearly all the old resentment — about migrants and immigration —  is back." She further added, "It's like coming back in full circle to how it was in 1968. It's an important story to tell in these times when all the resentment and can of worms have been opened again."

She feels that it doesn't matter if "you need to sugar-coat (the issue) with song and dancing" as it “is always the best way to tell a story”. The other aim she wants to achieve is that the Asians are “drawn to the opera by the story about them” in order to show them how perfect the platform is.

Working on this opera with such an inspirational group of writers has allowed this piece to be powerful, both in the stories that it tells and also as an examination of our attitudes towards migration and integration right now. The overall message of the opera is ‘people have always moved from place to place and we have all benefited from that. Fear makes us isolated - the hand of friendship makes us invincible’, composer Will Todd told Asian Age.

The opera is also set to feature a gospel choir — for the first time in an opera. Along with a gospel choir adding to the melancholy, there are shades of humour amid the depiction of trials and tribulations of a migrant. “I think it is the humour that bridges cultures. The minute we are able to laugh at something or ourselves and we find people laughing with us, that connection is made with the audience and the actors on stage. Humour is such an important glue.”

With almost two years in production, the opera is set to finally take centre stage now. When asked about how she felt about the same, she replied with a feeling of excitement saying, “It feels great but it also feels unreal and now I am bracing myself for the actual reaction which, I hope is going to be very enthusiastic.”

She hopes that if the show is a success, she wishes if the audiences in India would get to see the opera. She concluded, “I would love that. Fingers crossed if people take notice and if it comes across.”

— The opera is set to be staged at the Welsh National Opera, Cardiff from October 3