For young cricketers there is much to learn from Imperfect. 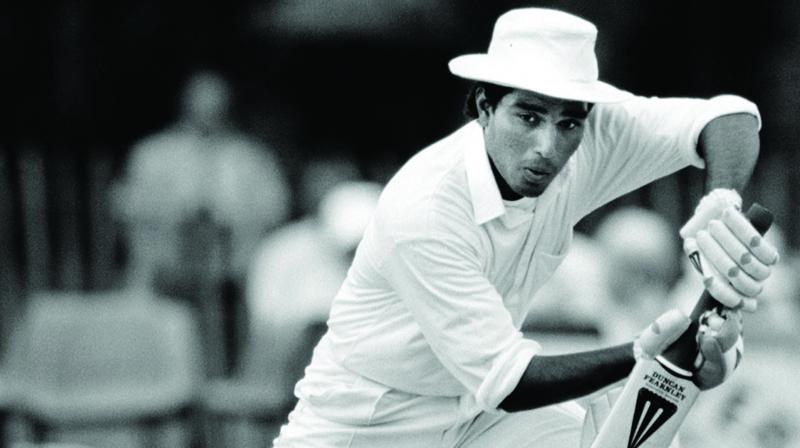 For one whose career as an India cricketer lasted nine years, spanning 37 Test matches and 74 one-day internationals, to say, “Since the day I retired from cricket I have not been tempted, even once, to pick up a cricket bat and play a match,” doesn’t really ring true.

Sanjay Manjrekar, though, was not the everyday India cricketer. Literally born into the game — many swear that his father, Vijay (“Tat” as he was also known), was technically one of India’s finest batsmen,  he is widely reckoned to have never really realised his full potential, and possibly these lines provide a clue: “I realise now, 17 years after quitting the game, I played cricket because it served a purpose at the time and not really because I deeply loved the game. No amount of coaxing has got me to play a cricket match after my retirement, whether it is a benefit match or a veteran’s tournament or an overseas tour of retired or tired cricketers.”

This is baring the soul — something most of our image-obsessed cricketers will find hard to even imagine — on a scale rarely seen or experienced in Indian cricket.

Imperfect is a long and hard look by Sanjay Manjrekar at his life, as the son of one of the country’s celebrated cricketers to a budding talent himself, to an India batsman of great promise who never quite delivered, and finally to a commentator and respected analyst of the game.

It is in this vein of candour that he acknowledges the sport has given him an active and fulfilling life, even post-retirement, though he was never really that much into it. And even as he does so, Sanjay defends his years in India colours. “To those who think I underachieved as a cricketer, I say this: For a guy who was basically not really that into sport, playing more than 100 international matches was not a bad effort, was it?”

But there is more to Imperfect than the cricket, though the tag of “unfulfilled” will never really go away. Sanjay has translated his “geeky” (his own word) personality into a fine, cutting, analytical commentate, who is respected — and welcome — presence on TV screens. The book also reveals why this is so. Manjrekar has the gift of looking at hard truths without flinching — be it about himself and his flaws and shortcomings, his beloved Mumbai cricket, his time in the national team, or thereafter. He also has good recall, recounting several hilarious incidents dotting his years in the game, including how legendary Pakistan leg-spinner Abdul Qadir once furiously chased and caught a spectator for pinching his bottom as the teams were at nets in Karachi during India’s 1989 tour.

For followers of the game, there are keen insights into why Mumbai were such a great team at the domestic level, yet at the same time why their approach was part of his downfall, and others from the city, where cricket took precedence over everything else. He has explained without putting filters why Team India were such reluctant or rare winners overseas till Mahendra Singh Dhoni came along, why the Pakistan of his time always had his admiration for their never say die attitude, how West Indies were once such great ambassadors of the game and for those who still want to know, why India lost to Sri Lanka in the semi-finals of the 1996 World Cup at the Eden Gardens after beating Pakistan in a pulsating quarter-final in Bangalore. To quote or paraphrase from his recollections would do great injustice to what had happened, It’s best in the book by Sanjay manjrekar himself.

For young cricketers there is much to learn from Imperfect. The importance of fitness, the need for level-headedness and good, strong guidance in the early years of development, the dangers of pride and ego, the pitfalls that accompany all glamorous international sporting careers, the dangers of well-intentioned but completely inaccurate advice among other areas. Modern day cricketer is in many aspects far more fortunate that his seniors even 20 or 30 years ago, and not just in terms of making a lot more money. There are strong support systems in place now for many of these aspects of the game that go into making a complete player. It would also be a good idea to get young talent to read about cricket in the past.  It may help them realise the value of all that they have now and not take it for granted.

In the end though, this is a book of — and about — cricket. Sanjay Manjrekar may have a successful second career, but it was always about the sport, as he found out himself.

“Cricket can be hard to get out of your system, though,” he writes. “A dear friend of mine, Somi Kohli, who makes Vampire cricket bats, used to make bats for me sometimes. At his factory, whenever he comes across a bat he feels is just like the ones I used to play with, he promptly couriers it to me. And I, retired for so many years now, keep telling him that I don’t play any more. He says he can’t help it when he sees a bat that reminds him of me.”

“Sometimes, when I pick up the bat and take my stance, it all comes back to me. I suddenly realise, ‘Shit, this completes me’. It’s amazing. When I take the stance, that position in which I spent hundreds of hours, the bat, I tell Madhavi (his wife), feels like an extension of my body that was missing, like an arm, and now I have found it, I feel complete — a whole person again. “I must have loved the game a little, after all.”

As good a footnote as any.