Magical, mystical Ladakh and love that transcends the physical

Hemis abounds in philosophy that is not spouted by a preacher or a teacher but one who speaks from life’s experiences. 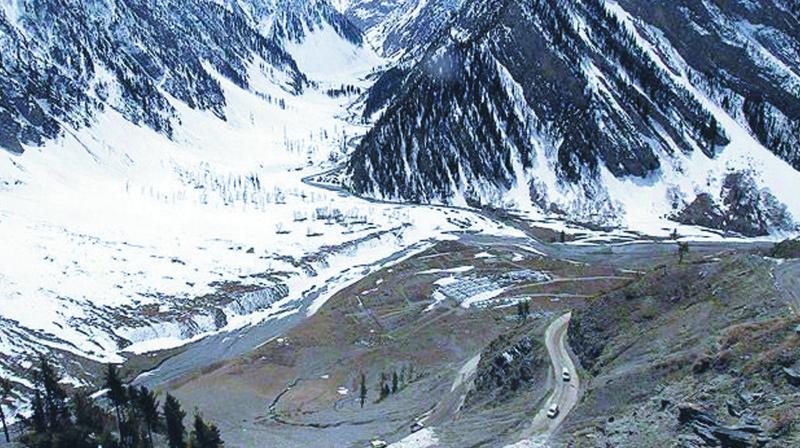 A novel that unfolds quietly in a Himalayan monastery

Madhu Tandan’s Hemis, a novel that unfolds quietly in a Himalayan monastery in a span of just 29 days that followed the cloud burst over Leh on August 6, 2010, makes wonderful reading. Not only does it dwell on love that goes beyond the physical but give you insights into the many secrets of the monasteries, the discipline and dignity of the monks and lamas, physical and mental healing in an area where no doctor reaches and the struggle of the Tibetans to retain their culture and mores while integrating into the Indian community.

The book revolves around the lives of three main characters —Ajay Kapur, the young business executive from Delhi, who leaves for a trek in the Himalayas to get over the differences he has had with his lovely wife Swati; an American researcher from Harvard who seek to complete the investigations of her dead husband on whether Jesus had visited India and lived in Kashmir; an abbot who is as mysterious as he is wise and understanding. All three have had experiences which is bothering them and in helping each other to untangle what they been through they find emotional support, understanding and healing.

Madhu has a wonderful way with words whether it is capturing the beauty of the mountains, the life of the monks or the feelings and turmoil of the Tibetans who had to flee from their homes as well as the three main protagonists of the book. What I also liked about the book was the light it throws on the life of the people living in the cold desert, their knowledge and understanding of nature; the Tibetan monk who was told in a dream of the catastrophe about to happen. He waves what looks like a drumstick but is a human thigh bone and chants “that which quenches but also drowns, that which yields buts also devours, that which flows but also floods, is coming your way.” He was in fact predicting the cloud burst that devastated Ladakh and left Ajay stranded in the Hemis monastery. 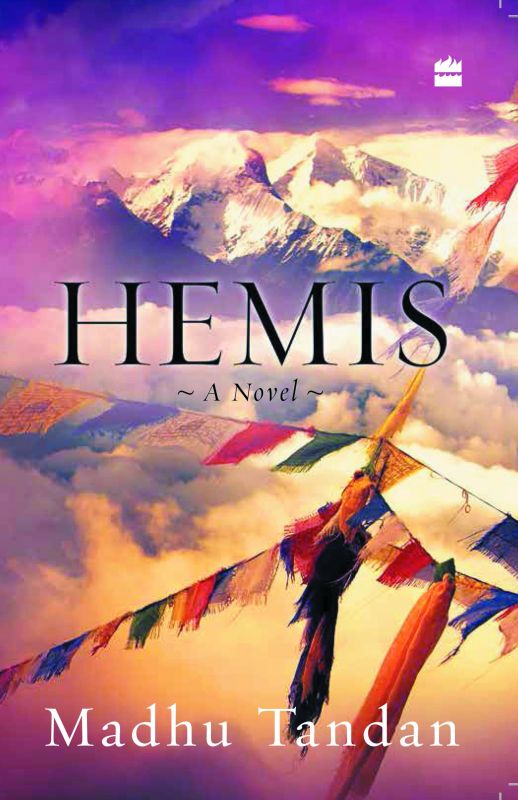 The local, friendly taxi driver, who in the crisis wanted to help his people cope with the disaster that struck their normally calm abode, drops Ajay at the Hemis monastery where an English speaking abbot, who seemed to be waiting for him, gives him shelter.  The small, sparse room with a single bed and a solar lamp was to be his home for almost a month. He misses the warm comfort of his home in Delhi. All telecommunication facilities have broken down and he has no recourse to the outside world or his family but then slowly the magic of the monastery kicks in. The mystic, the earthly and the spiritual world blend as the story unravels.

One would presume that monks are serious creatures attached to their rosaries and prayer wheels but they have fun and a sense of humour too. Like the discussion around happiness. The simplistic explanation “happiness comes from getting what you want” is challenged. A chubby faced monk counters “there will always be something you want which you cannot afford. If you have lots of money you will be happy.” But money can buys happiness up to a point but is short lived. Yet another view is spending money on others gives greater happiness than spending on oneself. So is happiness linked to pleasure or sensory delight? From sensory pleasures the conversation moves to gratification, happiness that comes from good health etc till a young novice announces “our happiest moments are during sex.” How does a monastic trainee know that, he is questioned and the red faced young monk says “I read it in a book, it is not my experience. There is laughter all round as the young monk is teased about where he hides such books.

Hemis abounds in philosophy that is not spouted by a preacher or a teacher but one who speaks from life’s experiences. The abbot who had to leave his family as a six-year-old so that he could escape the Chinese assault on the Tibetans, tr-udges through the cold whiteness of sinking snow to survive in an alien land. “The brutalisation of his people fills him with anger till he realizes that anger born from humiliation and sustained by the desire to scorch the transgressor, rarely harms the other. It only harms you”.

To cope with harsh life of the region, there is scientific improvisation. Hydraulic rams pump water from springs below with the pressure of water falling from a height so that vegetables can be grown under plastic tents without using pumps or electricity. There is maximum use of the high winds through windmills near the river. Like bees the people of the region are abuzz with ideas mooted and supported by the knowledgeable and innovative abbot who had studied at St Stephens and Oxford.

I remember as a journalist the spate of stories that made it to the front pages of newspapers some decades ago about Jesus visiting India. The researcher from American in Madhu Tandan’s book deepens that mystery. Could some documents proving this be found in the relics and scrolls preserved in the monasteries of Ladakh?

Then there is the exploration of love and sexuality against the unusual backdrop of spiritual practices as there is realisation that passionate restraint can sometimes produce greater fulfillment than consummation.

The writer is a veteran journalist based in New Delhi.