Give peas a chance: Gerry Adams writes a cookbook

Northern Ireland with the Republic of Ireland, and use purely political means. 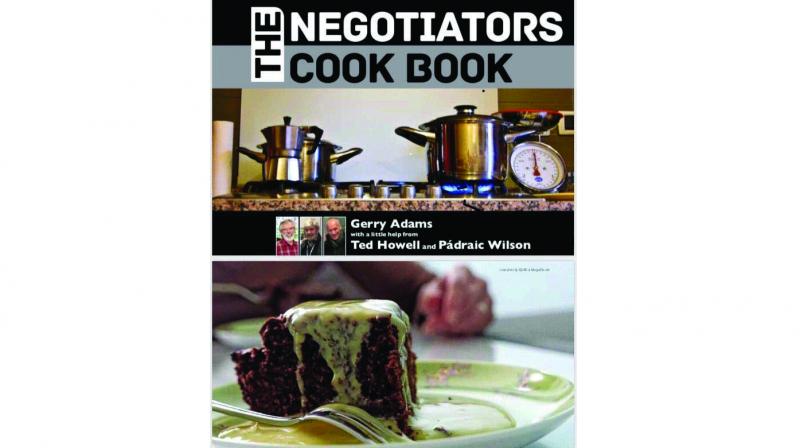 London: Gerry Adams, the veteran Irish repu-blican once deemed so dangerous that his voice was dubbed on British television, is writing a cookbook, his Sinn Fein party said Tuesday.

The Negotiators Cook Book will be published by Sinn Fein in the coming months, and include recipes used during the talks that led to the 1998 Good Friday peace agreement in Northern Ireland. “The British never fed us. They never had any food. But as intrepid republicans and being blessed by one or two great cooks these are the recipes that sustained the Irish negotiating team,” Adams told an event in Belfast on Monday night.

“It contains some of the best-kept secrets of the Irish peace process,” he said, in comments reported by the Irish Times newspaper. Adams tweeted a picture of what appeared to be the front page of the book, saying: “Not 2 Long 2 Christmas. A Wee Taste of a Great Stocking Filler.” A Sinn Fein spokeswoman confirmed to AFP that the book was genuine. “I can confirm that he is publishing it. It's called the Negotiators Cookbook and it's set to be published by the party in the next few months,” she said. Adams stepped down as leader of Sinn Fein earlier this year after almost 35 years, during ich he went from being the political voice of the Irish Republican Army (IRA) to an instrumental peacemaker.

During the bloodiest years of the sectarian conflict in Northern Ireland he would defend the actions of paramilitaries and his voice was banned from British airwaves. But he became a key figure in the peace process and is credited with eventually convincing the IRA to give up their armed campaign for uniting

Northern Irela-nd with the Republic of Ireland, and use purely political means. Adams has written numerous books and in recent years cultivated a more kindly image with a series of whimsical Twitter comments, including about his dog.