On a bicycle named Quest… 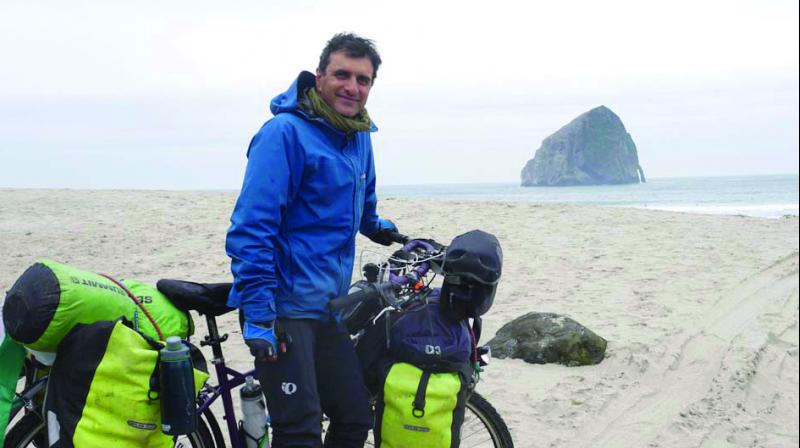 Dhruv, who is a seasoned retail professional, has held many senior leadership roles in blue chip companies.

If you’re looking for travel, fitness and determination goals to inspire you, Grit, Gravel and Gear by Dhruv Bogra, will give you all of those and then some. This inspiring piece of non-fiction writing features 22 gripping stories by this man, who travelled alone for 15,000 kilometres across 10 countries and up to an elevation of 220,000 feet (akin to climbing Mt Everest seven times!). His trusted companion on this epic journey was his all-steel bicycle, aptly named ‘Quest’. The cross-country solo ride from the Arctic to the Andes spanned 14 months (around 400 days) and won him recognition for being the first Indian to cycle from Deadhorse to Panama City.

Dhruv, who is a seasoned retail professional, has held many senior leadership roles in blue chip companies. Explaining the quantum shift from being a retail professional to cycling across the globe, Dhruv says, “I have always had an adventurous spirit with a keen interest in the outdoors, ancient history, culture and exploring off-beat places. Sometime in my early 40s, I began to feel that I needed to reclaim my inner calling, to truly live my life and make my personal vision for myself take actual shape and form.”

That is when he turned to cycling once again, he recalls. “I plunged myself into mountain biking and exploring the Himalayas or Western Ghats on any break I could catch from work. I brought back great experiences and memories from my numerous and strenuous cycling adventures in high altitude Ladakh, the stunning greenery of the Western Ghats in the monsoon or the raw but beautiful terrain of Sikkim,” he extols. 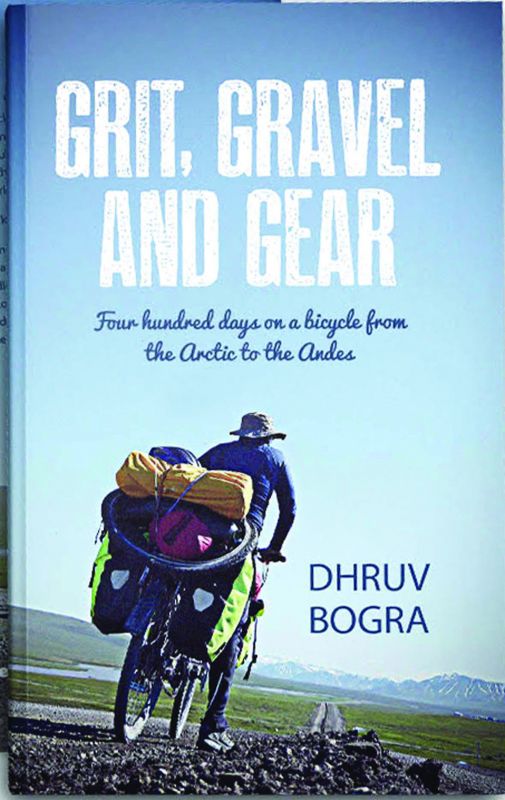 Apparently, the boldness and the vision to embark on a multi-year journey that many would consider epic found seed on a backpacking expedition in Alaska in 2015. “I was so enthralled by the week I spent exploring the Chugach mountains in the Arctic that I just knew I had to come back there on a bicycle. In fact, on that trip, I also cycled solo from Seward to Anchorage.” he shares how the idea was born.

The book brings alive this journey of exploring people, their culture and mindset and even the weather. It connects well with the reader and talks about his dream and how he worked to accomplish it. On being asked what motivated him to write this book, Dhruv answers, “I always knew I was going to write a book on the journey. I even had a laptop with me initially, which I later replaced with a much, much lighter Chromebook. Before I embarked on the odyssey, I had thought about writing about the people I would meet on the way and their experiences with life and happiness.”

But, as it often happens, the road less travelled took him somewhere else. “The journey changed all that,” he confides, saying, “I was so awestruck by the amazing landscapes, the wildlife, the ancient forests, indigenous cultures  with so much rich heritage and the incredible people I met that I decided to write on those experiences as well.”

Luckily for us, we can savour some of these magical moments by merely turning pages instead of pushing pedals.