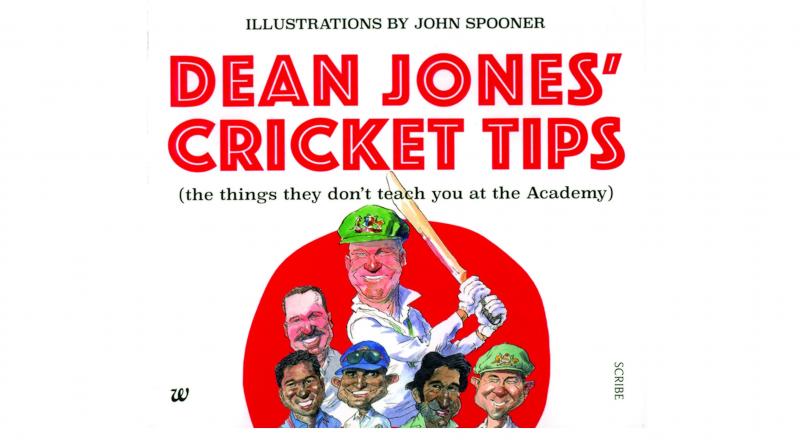 Jones identifies the need to filter guidance to suit one’s needs and attempts to put forth that ‘one-percent’ information that may transform a cricketer’s future.

To be successful, a cricketer not only has to protect his wicket but also defend against an overload of information cluttering one’s head. Inputs, be they technical, psychological or philosophical, if provided timely and succinctly, are beneficial, but only to an extent.

Dean Jones’ Cricket Tips acknowledges advice from an outside source can be helpful but believes modern-day players are exposed to ‘too much information’ and attempts to provide the right instructions needed to elevate oneself from ‘good to great or from average to good’.

Jones identifies the need to filter guidance to suit one’s needs and attempts to put forth that ‘one-percent’ information that may transform a cricketer’s future.

Players are advised to smartly handle different philosophies of different coaches, who may have a bearing on them, also advocating the concept of touring with personal coaches in cricket, tennis or golf style.

He puts forth his observations with a degree of flamboyance, typical of his playing days, laced with lingo prevalent Down Under. The Victorian speaks on core issues he believes concerns a cricketer, willing to leave it to their good judgement to determine what works for them.

The former Australia middle-order batsman recommends a ‘be your own boss’ attitude to ride through multiple counsel, but also stresses on the importance of having mentors.

Short and succinct, with wonderful illustrations from journalist John Spooner, it pens serious thoughts in a comic book appearance, far from a monotonous monologue that most coaching manuals tend to resemble.

Jones preserves his trademark comments while analysing his distinguished career, shows magnanimity in laughing at himself and reveals humorous anecdotes to drive home his point.

A benchmark player in ODI’s nascent years of 1980s and early 90s, with his agile running between the wickets, athletic fielding and aggressive batting, particularly against pacers, he possessed qualities of a quintessential T20 player.

Now a successful coach, Jones has channelled these qualities to earn name as manager and commentator, occasionally landing in trouble with controversial comments.

He stays well clear of shooting himself in the foot while serialising his thoughts, incorporating pearls of wisdom from several modern day masters including Sachin Tendulkar, Rahul Dravid, Sourav Ganguly and V.V.S. Laxman.