From non-alignment to ‘multi-alignment’

A “broader Asia” that broke away geographical boundaries is now beginning to take on a distinct form. 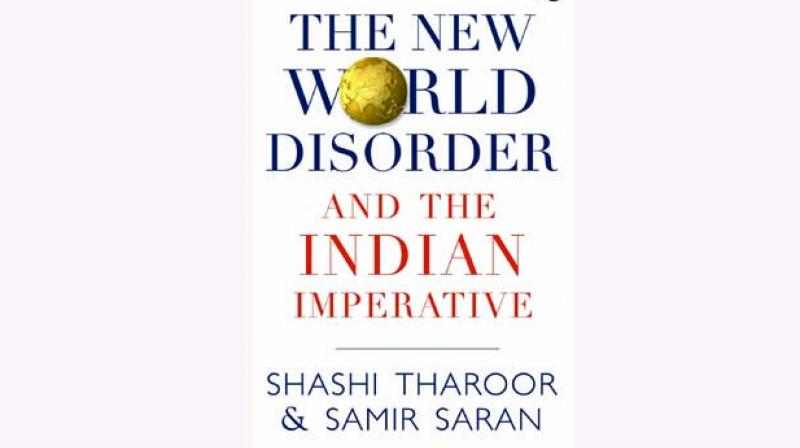 The rise of China as an economic powerhouse has enormous implications for the international order. Nowhere else is this more visible than in Asia, where the economic dependency of smaller states on China, and an interdependent and competitive economic policy vis-a-vis the West, has allowed Beijing to re-imagine a new normative order. It is undeniable that China is pushing its own agenda with a velocity and determination that has no parallels in the post-war era. Writing in his widely acclaimed book The China Dream, retired PLA colonel Liu Mingfu outlines the Chinese conception: 'In East Asia’s tribute system, China was the superior state, and many of its neighbouring states were vassal states, and they maintained a relationship of tribute and rewards... This was a special regional system through which they maintained friendly relations and provided mutual aid... The universal spread of China's civilisation and the variety of nations that sent emissaries to China were simply a reflection of the attractiveness of the central nation, and the admiration that neighbouring countries had for China's civilisation.'

The South China Sea: A Battle for the soul of the international order: Indeed, Asia is emerging as ground zero for the contest over the rules, norms and power relations that will define the international order. Already, Asia is characterised by two competing hierarchies. The first is the security hierarchy currently dominated by the United States. Since the 1950s, the United States built defence and economic ties with countries in the region through what is commonly referred to as the ‘hub and spoke’ system. Through security treaties with Japan and Korea, America guaranteed the security of the East Asian order, allowing Japan, Taiwan, and other East Asian ‘tiger economies’ to liberalise their markets and follow export-oriented development strategies. Today, most of these countries, such as Japan, South Korea, Australia, and the Philippines, now have China as their leading trade partner. While the United States is still indispensable to the world economy, the economic heart of Asia lies in China, a trend that is likely to continue. The proliferation of colossal infrastructure schemes is only the most visible manifestation of the economic power China wields. New and shiny transcontinental rail lines across Vietnam, Cambodia, Thailand, and Laos; massive ports and sea routes passing through Malaysia, Sri Lanka, Pakistan and culminating in Djibouti, all lead back to Beijing.

A rules-based order in the Pacific: India as a normative power: China's maritime history was never limited only to the South China Sea. From 1405, the intrepid commander Zheng He would sail towards the Indian Ocean with an armada that rivalled even the largest of the European fleets: the largest of his ships was 440 feet long, making Christopher Columbus's 85-foot Santa Maria look miniature in comparison. They sailed past India, and through the Persian Gulf, and went as far as present-day Somalia and Kenya in East Africa, carrying about 27,000 soldiers on 250 ships.

Twenty-first century China is no different. Through economic statecraft and military muscle-flexing, Beijing, as has been pointed out, has created a network of physical infrastructure and strategic dependency across the Pacific and Indian Ocean... China intends to create institutions, rules, and norms which give it the ability to enforce its preferences across the region. From territorial reclamations, rejection of maritime-dispute arbitration, establishment of an air-defence identification zone, and confrontations with regional powers, a Sino-centric regional order suggests an authoritarian approach to the region.

Speaking about this region in Washington, former US Secretary of State Rex Tillerson put it quite bluntly: The world’s “centre of gravity is shifting to the heart of the Indo-Pacific’. Interestingly enough, even until a few years ago, the phrase ‘Indo-Pacific' was scarcely used. Depending on whom you asked, the Pacific Ocean and the Indian Ocean were largely considered two separate spaces, with governments and scholars choosing to use the term ‘Asia-Pacific’ instead… In a 2007 speech delivered at the Indian Parliament, Japanese Prime Minister Shinzo Abe spoke of the ‘confluence of two seas. The Pacific and the Indian Oceans are now bringing about a dynamic coupling as seas of freedom and of prosperity,’ he said. A “broader Asia” that broke away geographical boundaries is now beginning to take on a distinct form.

How world leaders and states conceptualize geography is not a matter left simply to cartographers; it creates a mental map of how powerful nations understand the world. The idea of the Indo-Pacific breaks down the idea of East and South Asia being two separate areas. At the same time, it captures three interrelated patterns of interactions between the region's powers: the first is China's declared intention of developing a blue water navy and becoming a transcontinental economic giant. The second is India's emergence as a power to be reckoned with and a possible counterbalance to China. And the third, the role that the United States will play in shaping the contours of the seemingly irresistible shift in power from the Atlantic to Asia-Pacific. Taken together, the ideation of the 'Indo-Pacific region' captures the growing might, geopolitical interests, and normative visions of these powers, and its consequences for what is arguably the most dynamic region of the twenty-first century.

Continuing with his address, Tillerson outlined a vision for the United States and India, arguing that the two countries, ‘with our shared goals of peace, security, freedom of navigation, and a free and open architecture-must serve as the eastern and western beacons of the Indo-Pacific. As the port and starboard lights between which the region can reach its greatest and best potential.’ Tillerson sought a ‘rules-based’ order, which by its very definition denotes a predictable legalistic order. It implies that states will behave according to basic norms and standards. Clearly, China’s aggression in the South China Sea, and its expansion into the Indian Ocean, is what prompted such calls.

That Tillerson should look to India to maintain this order is rather ironic considering India's ambivalence towards security pacts in Asia early in its history. In fact, in April 1955, Jawaharlal Nehru, prime minister of a poverty-stricken state still reeling from the violence of Partition and having only recently achieved independence, addressed the Asian-African Conference in Bandung. Here he denounced security pacts and great power politics, arguing that institutions such as Seato and Cento, the Central and South-East Asian counterparts to Nato, turned countries into camp followers… Since the articulation of its policy of nonalignment, India has a long history of vetoing the exercise of unilateral power by the West. While India is not a ‘revisionist power’ that seeks to completely redefine the contemporary international order, it does not seek to simply be ‘co-opted into the existing international order that is controlled by the West’ as former foreign secretary Kanwal Sibal noted. India is now ready to move from being a rule-taker in the international system to a rule-maker in its own right.

It is unquestionable that India will have an outsized role to play in regional and global governance. As the world’s largest democracy, and one of the leading economic powers, India's status on the global high table is increasingly being institutionalised. Gaining a seat on the G20, the global management table post 2008, itself reflected a shift from its usual solidarity with the G77, or the global trade union of developing countries… It has simultaneously invested in institutions that have called for a greater voice for emerging powers in global governance such as BRICS and the AIIB, despite the fact that these groupings and institutions were designed fundamentally to challenge some of the biases of the liberal world order. In today's multi-conceptual world, India's foreign policy is best described by what the late Atal Bihari Vajpayee once called ‘alignment with all’. It is fair to argue that New Delhi has evolved well beyond non-alignment to what may be dubbed ‘multi-alignment’.

Excerpted from The New World Disorder and the Indian Imperative with permission from the publisher, Aleph