A romantic, historical thriller that swings from Nazi Germany to British India, and explores the dark world of tough truths. 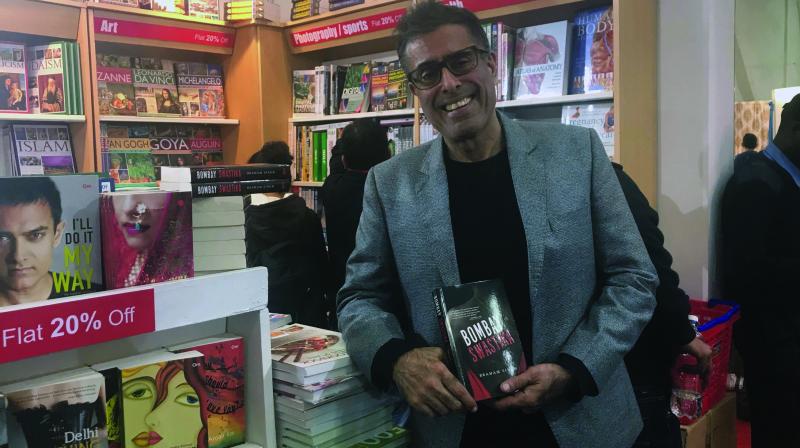 History, politics and crime make for a potent cocktail, especially when they come together in a story with a gripping plot and a narrative that follows a long sweep of time. In the book Bombay Swastika, the story swings from a Nazi Berlin gearing up for its Final Solution, to 1964 Bombay, where Ernst Steiger, a German Jew, accidentally finds himself caught up in the murder of a young tribal, killed amidst allegations of something being stolen from a secure American compound. “Bombay Swastika is a true love story. I just fed it steroids. There really was this Jewish refugee from Nazi Germany, who ended up in British India to fall in love with a Sindhi refugee from Pakistan. That was all the inspiration needed for a historical thriller. After that, the story wrote itself,” says the author Braham Singh.

With the monsoons laying siege on the city, the reader accompanies Ernst past Bombay’s refugee camps and haunted whorehouses, food shortages, textbook mafias, communist protests against American PL 480 Food Aid, and peculiar happenings at India’s nuclear facility, where Dr Homi. J. Bhabha, the nation’s atomic mastermind, gets drawn into a conspiracy hatched in his absence. The book is an exploration of the dark world of absolute truths.

Talking about how an idea can spark a whole story, Singh says, “For inspiration to write, one should read books, go to places, and meet people. Together, they are dynamite when it comes to germinating a plot. Keeping abreast on what’s happening around us helps.”

Mysteries and detectives are also elements he finds himself leaning toward as a reader. “A fictional character close to my heart is Arkady Renko —  Martin Cruz Smith’s tortured Russian detective,” he says, adding, “There’s this bit in one of Smith’s books about how the KGB has the best cars and Renko says, ‘True, but they don’t always take you where you want to go.’ It tickles me no end that an American author allows us a better peek into a Russian mind than many brilliant Russian writers I’ve read.”

Writing can be a passion, and a joy, but getting published is tough business. A strong streak of positivity and resolve is very essential to survive the rejections that one invariably faces, says Singh, advising aspiring authors to be resilient and self-confident. Citing his own example, he says, “The last thing a writer should do is give up, or indulge in self-publishing. A single sentence rejection letter should be treated with the contempt it deserves. However, many a time the editor or literary agent lays out why the rejection, or maybe hint at it.  That criticism is priceless should you decide to use it. Bombay Swastika was re-worked five times because of rejection letters. I want to go meet some of these people and hug them for making me a better writer.”

A single sentence rejection letter should be treated with the contempt it deserves. However, many a time the editor or literary agent lays out why the rejection, or maybe hint at it. That criticism is priceless should you decide to use it
— Braham Singh, author