Of trauma and unsaid truths, real and magical

The English-language literati, however, operates in its own bubble. 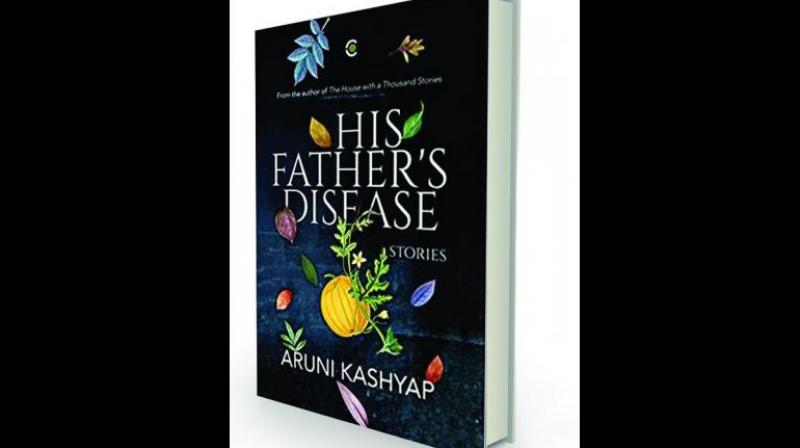 Does a writer suffer a burden of expectations when he or she is from a certain place, a place of violence and conflict? It's a question often posed to authors these days. Aruni Kashyap’s second book, His Father’s Disease: Stories, answers this question in a variety of ways.

With an assured hand, the book begins on a high note with the story ‘Skylark Girl’, in which an Assamese writer, Sanjib, is invited to read one of his stories at an international conference in Delhi. His mother believes it is the most amazing thing to have happened to him. Sanjib’s story is a retelling of a popular folk tale, translated to English in order to be presented at the conference. Why doesn’t he write on more topical themes, about the “real” rather than the “magical”, an audience member at a panel discussion asks Sanjib. Sanjib finds it funny – no one in Assam would ever ask him such a question. The English-language literati, however, operates in its own bubble.

In a cool, dispassionate tone that mines intimate, sometimes incidental situations, Kashyap’s stories are quietly affecting, often sparkling with valuable insight. The 10 stories are wrapped in cross cultural winds, between the chaos and grief of turmoil at home in Assam, and the sanitised aloofness and know-it-all-ness of life in America. Kashyap explores love and sex, desire and myth, violence and conflict, at an easy, page-turning pace. It reminded me very much of Chimamanda Ngozi Adichie’s unforgettable collection of stories, The Thing Around Your Neck, which drew out quietly devastating moments in the lives of Nigerian men and women, many of them living away from their homeland in America, caught in an unending abyss between two disparate worlds.

Kashyap achieves something similar with ‘His Father’s Disease’. In ‘Before the Bullet’, Kashyap weaves a tense story of a PhD scholar returning from Indiana to his village in Kamrup district in Assam who has a tragic run-in with a pair of army officers, even as his family awaits his arrival. Kashyap’s eye for unusual and telling situations works wonderfully in ‘The Love Lives of People Who Look Like Kal Penn’, which is one of the more hopeful and warm stories in this collection. Some of the tales are interconnected. One of my favourites, and also the story I happened to read first — ‘Like the Thread in a Garland’ — reads like scenes from a marriage between Rubul and Anuradha sprinkled with some old fashioned drama topped with a nice twist, narrated with amusing candour by Rubul’s best friend, Nishad. It’s interesting how two gay love stories – one unfolding in a cloud of myth deep in Assam (in the titular story ‘His Father’s Disease’), and another in America against the backdrop of Marriage Equality Act in Minnesota ( ‘After Anthropology’), play out in completely different contexts and circumstances, but with a similar heaviness.

Even as the stories tear at the heart of social and political themes of our times, reaping unsaid truths, what pulls the collection down a notch are some of the overdone, cliched bits — such as the brown man experience abroad, the patronising white man with the exotic Indian girlfriend who disapproves of the Indian curry smell, the Bollywood loving NRIs and so on — that take up residence in the stories, ‘The Umricans’ and ‘Minnesota Nice’. But when he writes of Assam, as he did in his debut novel, ‘The House With a Thousand Stories’, Kashyap’s prose is altogether more perceptive and powerful, without, it appears, any burden of expectation, in a fine place between the real and the magical.