As coming-of-age meets nostalgia, life is synonymous with happiness

Noe accompanies Christy as he heads off every day to ensure every villager has signed up for electricity. 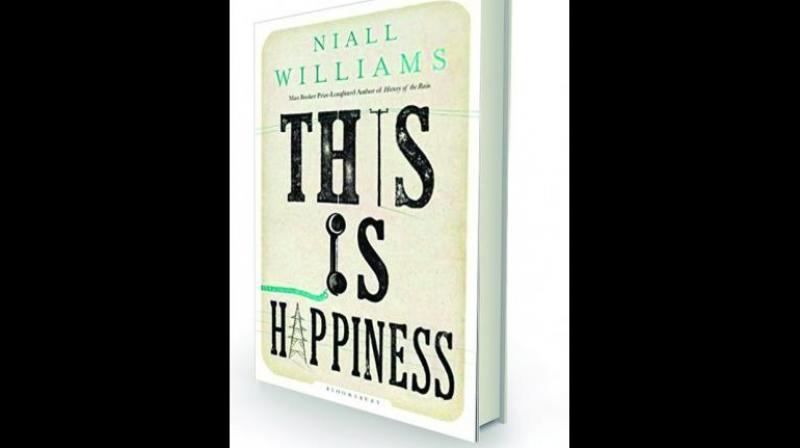 This is Happiness by Niall Williams Bloomsbury, Rs 550.

Usually, a book with a cheerful-sounding title turns out to be the very opposite of what the title promises. So even though I had adored Niall Williams’s History of the Rain, I was a bit wary of beginning his new book, This is Happiness, in case it turned out to be emotional torture.

To my surprise, the book lived up to its name. Reading it was happiness. The book is set in an Irish village just before electricity is introduced and since its narrator is an elderly man telling the story of his own youth, it combines nostalgia with a coming of age tale in such a way that I was utterly enchanted.

This is Happiness is about Noel, better known as Noe, who had promised his dying mother that he would be a priest but suffered a crisis of faith while at the seminary and is now in Faha to figure out what he is to do in life.

Faha is so remote that it’s practically a country by itself, with its own ways of life and own sense of time; completely free from the tyranny of the clock not only in terms of minutes and hours, but also in terms of years.

But now electricity is finally about to reach Faha, so Noe finds himself sharing the attic room at his grandparents’ home with Christy, a man working for the electricity board.

Noe accompanies Christy as he heads off every day to ensure every villager has signed up for electricity. The two become friends and Noe learns why Christy is in Faha. Working for the electricity board is just an excuse. Christy has been working his way around the world to apologise to everyone he’s ever hurt or offended in the last 50 years of his life. Here in Faha is Annie Mooney, the woman a young Christy loved but nevertheless left at the altar.

Noe, falling in love himself with the out of reach Sophie, daughter of Faha’s doctor, is romantically inclined. He will get Annie and Christy together again. And this is the frame of This is Happiness, a frame that holds stories of Faha villagers, stories of Noe’s family, the story of Noe’s mother’s death, the story of Christy, stories of music so much part of the land of Ireland that the music is Ireland itself, and the story of Annie Mooney.

The book is so beautifully written that I found myself operating on Faha time — I had absolutely no intention of finishing it in a hurry. Sentences and paragraphs stayed with me whenever I put down the book to do something else and even though I’ve read every page of it now, I’m still in Faha’s world. It’s a world that deals with incessant rain, dreadful inconveniences, terrible mistakes and even the curses of fate as each arrives, but still remembers that in all this stuff of life, life itself is happiness.