Two more sets stood a merciful distance away. Ten bodies on each, long dead, missing limbs and most of their faces. 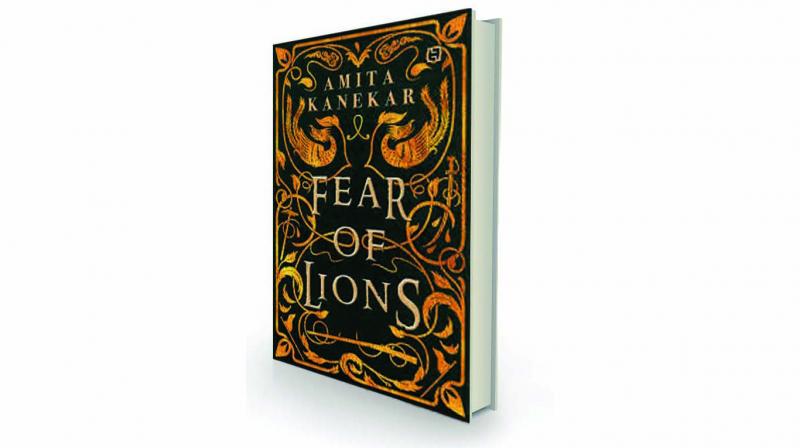 The year is 1673, Aurangzeb is on the throne (no, do not shudder — he’s not the villain of this piece), and there are hushed whispers of a rebellion in Narnaul.

This rebellion is different. A sulking, muscle-flexing zamindar isn’t responsible for it, but a bunch of poor people called ganwaars/mundas/menials/unseeables/untouchables who want a better world. People regarded as scum by upper caste Hindus have dared to speak up against backbreaking taxes, and created their very own utopia. They are said to be followers of Kabir, with no affection for any organised religion. Incredible stories are spun around them. Their women are warriors too, “carrying guns, giving orders, strutting around like men! The work of the chudail, of course... They ate their prisoners, it seems, and children too — even their own”!

An amir in Shahjahanabad decides to get more information on the rebellion and sends his son Shamsher to convey a secret message to an important person in Narnaul. As Shamsher and his entourage clip-clop down the royal highway, Shamsher discovers to his horror that his half-sister Zeenat has sneakily joined him. Zeenat refuses to go back — she’s on a top secret mission of her own. As they travel, bickering like siblings do, they first smell and then see signs of the crushed rebellion: “It was a set of gallows, right next to the road. Strung with twisted figures. Two more sets stood a merciful distance away. Ten bodies on each, long dead, missing limbs and most of their faces.”

That’s it. No spoilers. Read the book to unravel the mystery of the rebellion — that’s the main plot, but it’s all over the place. What is riveting though, are the historical asides the author generously throws in. Facts like these: It seems that the seths of Ahmedabad had generously funded the alleged bigot Aurangzeb’s battle for the throne. The war preparations by the two sides are engaging.  It is interesting to note that Naga Sadhus were never to be trusted, just like today’s politicians: “They were with Aurangzeb first, since he was expected to win. Then they changed their mind — because Dara Shukoh offered double whatever Aurangzeb had. Of course, Aurangzeb was likely to increase his rates too... The rates would go higher and higher, right till the eve of the battle.” The description of the battle itself is marvellous, and witty in parts. It ends like everything in India seems to end these days: “Those left on the field were all on the winning side, irrespective of where they had been originally.” This book is definitely worth reading, but mainly for the history, not the mystery.