Platonic or corporeal? What Jawaharlal Nehru shared with Edwina

At first, they had written to each other every day, but within a year it was weekly and by 1954, it was fortnightly. 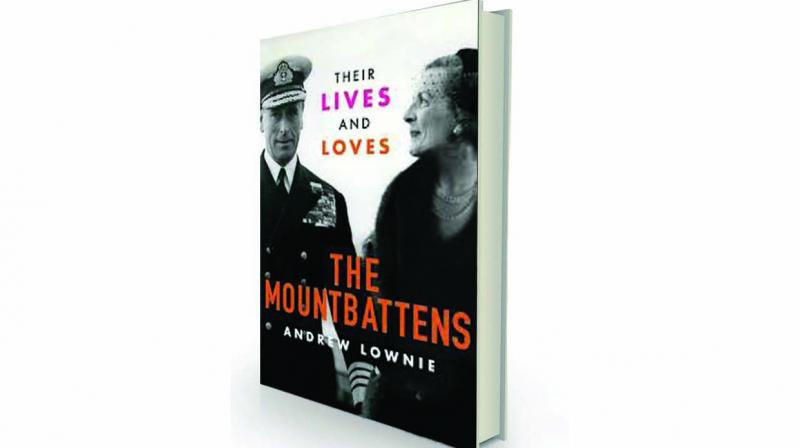 The fifties were spent with Edwina caught between her husband and the man she had given her heart to. Each spring she would go to India, where she would stay at the Prime Minister’s house, and most years Nehru would come to Britain. At first, they had written to each other every day, but within a year it was weekly and by 1954, it was fortnightly.

But the bond remained strong. It was a bond that Dickie accepted, not least because it kept relations harmonious, but which unsettled Edwina. Throughout the early and mid-fifties she often discussed divorce. ‘I’ve never attempted to stop you or hold you and I never shall,’ he told her. ‘I don’t want you to stay against your will. I am not that selfish.’ But she stayed. She stayed because of children and grandchildren, because she liked the life that Dickie gave her, because he loved and needed her and because, in her confused state of mind, she also continued to love him.

Shortly after George VI’s death, Edwina, hospitalised with a haemorrhage and worried she might die, passed Nehru’s letters to her husband for safekeeping. Dickie, nervous of what they might contain, asked Pamela if she would look at them first. Edwina’s confessional letter read:

You will realise that they are a mixture of typical Jawaharlal letters full of interest and facts and really historic documents. Some of them have no ‘personal’ remarks at all. Others are love letters in a sense, though you yourself well realise the strange relationship — most of it spiritual — which exists between us. J has obviously meant a great deal in my life, in these last years, and I think I in his too. Our meetings have been rare and always fleeting, but I think I understand him, and perhaps he me, as well as any human beings can ever understand each other...  It is rather wonderful that my affection and respect and gratitude and love for you are really so great that I feel I would rather you had these letters than anyone else, and I feel you would understand and not in any way be hurt – rather the contrary. We understand each other so well although so often we seem to differ and to be miles apart. You have been very sweet and good to me, and we have had a great partnership. My admiration and my devotion to you are very great. I think you know that. I have had a very full and a very happy life on the whole — all thanks to you! Bless you and with my lasting love.

Dickie waited a year to answer:

I’m glad you realise that I know and have always understood the very special relationship between Jawaharlal and you, made the easier by my fondness and admiration for him, and by the remarkably lucky fact that among my many defects God did not add jealousy in any shape or form. I honestly don’t believe I’ve ever known what jealousy means — universal as it seems to be —and if it concerns the happiness of anyone I’m as fond of as you, then only my desire foryour happiness exists. That is why I’ve always made your visits to each other easy and been faintly hurt when at times (such as in 1951) you didn’t take me into your confidence right away. Considering how deeply fond we are of each other and how proud and admiring I certainly am of all your wonderful achievements, I cannot but be sad and worried that we should have had so many differences...  I know I’m selfish and difficult but that doesn’t change my deep and profound love for you... You have been my mainstay, my inspiration and my true companion for far more than half my life.

What was the nature of the relationship with Nehru? Edwina’s authorised biographer, Janet Morgan, has claimed, having talked to ‘those who knew them well’, that it was purer than a physical relationship, that Nehru respected Dickie and would not have abused that trust. ‘To all her lovers she had given only the shell of herself. In exposing her doubts and hopes, she had exhausted herself to Nehru in a way that was more profound than a mere physical embrace. Nothing must be allowed to degrade the precious relationship.’

She argues that the correspondence ‘was rhapsodic but chaste, alluding only in general terms to the physical passion they denied themselves.’ According to Andrew Wilson, ‘The highly charged, brittle and almost manic relationship which both Mountbattens had with Nehru seems to the eyes of hindsight to be much more explicable in terms of a non-consummated, sexual-emotional passion.’ Lady Pamela Hicks, interviewed for the publication of her memoir India Remembered, said it was platonic. Philip Ziegler passes over it quickly: ‘If there was any physical element it can only have been of minor importance to either party.’ Mountbatten’s grandson, Ashley Hicks, claims Nehru’s sister revealed that he was impotent and therefore there could not have been a physical relationship with Edwina.

Richard Hough, the author of several books on the Mountbattens, and who interviewed Edwina’s sister, later wrote, ‘Mountbatten himself knew that they were lovers. He was proud of the fact, unlike Edwina’s sister who deplored the relationship and hated Nehru for the rest of his life as a result.’ Marie Seton, a friend and biographer of Edwina, agreed: ‘I really don’t know about the physical side of their affair — I’d think probably yes.’

Nehru was deeply attractive to women and had many lovers, including: the politician Padmaja Naidu, who threatened to commit suicide over the affair and whom he later appointed Governor of West Bengal; the actress Devika Rani; and Mridula Sarabhai, the General Secretary of the Congress Working Committee. In May 1949, he supposedly fathered a son with a scholar of Indian scripture and mythology, in her early thirties, called Shardha Mata. The boy was brought up in a Christian Missionary boarding school.

Excerpted with permission from the publishers, HarperCollins India