Sangeetha Sreenivasan’s book Acid accepts the world as it is and leaves no space for unwanted arguments. 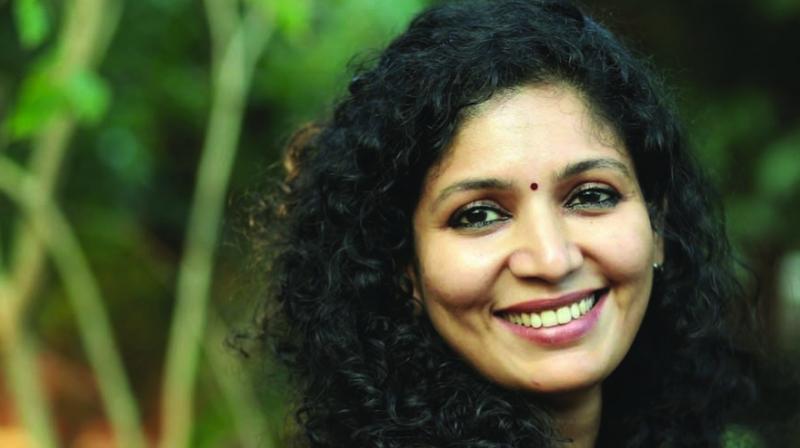 Author Sangeetha Sreenivasan started inventing fiction quite unexpectedly in her mid-20s, when her life as a teacher started draining her of her heartiness. But what began as a means of mere pastime resulted into 13 stories and one under-developed novel, “Before that I had never wanted to be a writer. But once I started writing, I felt a compulsion within me that urged me to tell stories to my computer,” she says.

Fast-forward to 2018 and Sangeetha pens a riveting yet unsettling tale to much acclaim. Her latest book, Acid is a gripping story about two women — Kamala and Shaly, who have built a home together, fuelled by their stormy romance in the backdrop of a rapidly changing Bengaluru. But it is also about Kamala’s unsolicited consumption of hallucinogens, that becomes the bane of her existence in the course of the book.

The book also pursues homosexuality but Sangeetha explains it wasn’t a deliberate attempt to shock the reader. “I didn’t want to create a disputable or controversial situation by deliberately introducing a lesbian theme. I don’t see anything new-sprung about same-sex relationships,” she says. 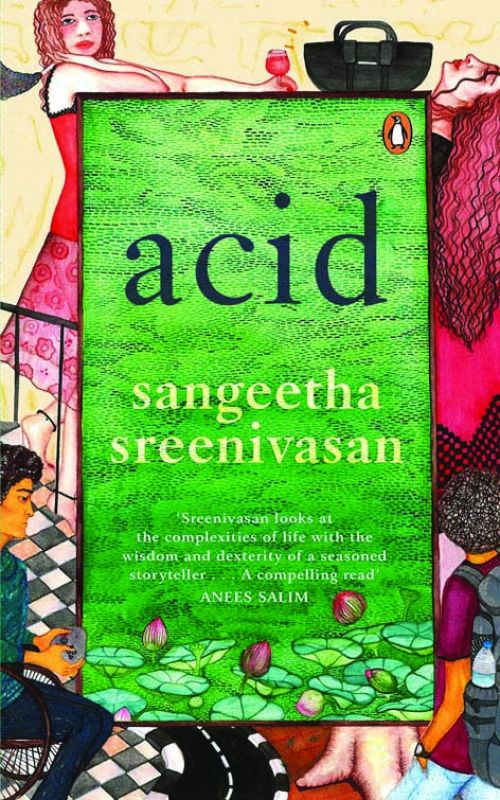 While the book seeks to explore the secrets that lurk beneath the surface of our lives and our pre-conceived notions about society and its standards, the novel is based on the underlying belief that everything is part of a greater design, as Sangeetha poetically elucidates, “The book in a way seeks to explore the ultimate truth, the happiness of living. Each character is in search of his or her happiness. Even death comes as a solace, an offer to join the larger, greater spirit of the universe.”

The plot unravels itself when everything seems to capture Kamala in a circle of devastation, starting with the marriage to her cousin, interest for the same sex, unrequited love, living with a woman who is not a lesbian, the responsibility of two kids and topping it all, the murky world of psychotropic drugs, “Acid tells us about a woman who is found guilty by the world outside and her tragic plight in search of truth and happiness. I wanted to portray how urban life penetrated with hostile intent into individual neurosis,” says Sangeetha.

It took Sangeetha three months to complete the book, but it had always been at the back of her mind for years. She had with her the first half-baked form, ‘Toddlers on the lotus leaves’ as the rudimental platform and later introduced Acid to the original theme and developed the story in a different way, “The book in itself is in the form of a journey and I was immersed in it. At the end of the novel I cried, a very normal thing to do, like those writers who are in love with their characters,” she shares.