2017 is an exciting year for books in India. Arundhati Roy, Kamila Shamsie and Mohsin Hamid will return with new offerings. 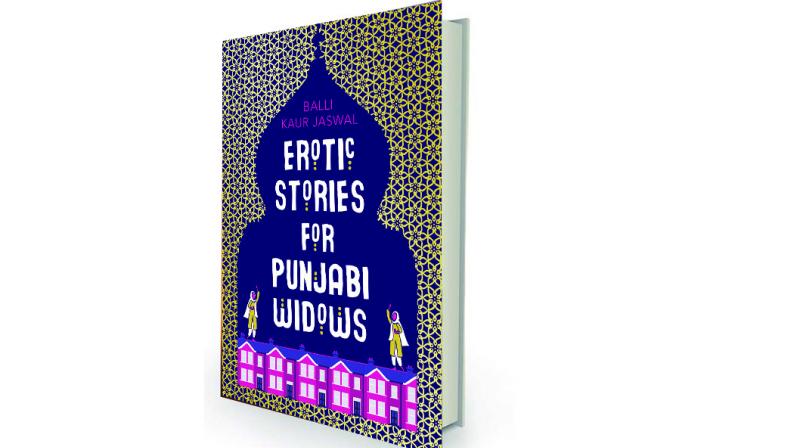 Fiction
There is a tremendous list of books to look out for — Amitava Kumar (The Lovers), Elif Shafak (The Three Daughters for Eve), Balli Kaur Jaswal (Erotic Stories for Punjabi Widows), Jeet Thayil (The Book of Chocolate Saints), Mohsin Hamid (Exit West), Kamila Shamsie (Home Fire), Arundhati Roy (The Ministry of Utmost Happiness), Nadeem Aslam (The Golden Legend), Irwin Allan Sealy (Zelaldinus: A Masque and a travelogue called The China Sketchbook), S.V. Sujatha (The Demon-hunter of Chottanikkara), Sami Shah (Boy), Neil Gaiman’s Cinnamon illustrated by Divya Srinivasan, Namita Roy Ghose’s historical fiction (The Wrong Turn: Love and Betrayal in the time of Netaji) and The Parrots of Desire: 3,000 Years of Indian Erotica by Amrita Narayanan whose debut had been published under the pen-name Aranyani.

Mythology
Mythology continues to be hugely popular (backbone of local publishing) with its innumerable retellings. For instance the eagerly expected Devdutt Pattanaik’s The Illustrated Mahabharata: The Definitive Guide to India’s Greatest Epic and Neil Gaiman’s Norse Mythology. Others include Mandakranta Bose’s The Ramayana in Bengali Folk Paintings, The Panchatantra by Vishnu Sharma (Translated by Rohini Chowdhury) and popular storyteller Krishna Udayasankar returns with The Aryavarta Chronicles (4). A curious one to watch out for would be Jaya Misra’s Kama: The Chronicles of Vatsyayana — a fictionalised biography of the author of The Kama Sutra (illustrated by Harshvardhan Kadam). Then there is Keerthik Sasidharan’s The Kurukshetra War: A Reconstruction and the ever-prolific Ashok Banker who has been commissioned by PanMacmillan India to write The Shakti Trilogy and by Amaryllis to deliver The Shivaji Trilogy.

Thrillers
The winning genre of thrillers is set to burgeon with some new and some established writers, such as Karachi-based police officer Omar Shahid Hamid’s third novel, The Party Worker, award-winning writer Jerry Pinto’s first detective fiction, Murder in Mahim, Bhaskar Chattopadhyay’s Here Falls the Shadow, Sanjay Bahadur’s Bite of the Black Dog, Sabyn Javeri’s Nobody Killed Her, Nikita Singh’s Every Time It Rains and long-awaited Pradeep Sebastian’s The Book Hunters. The bestselling duo Ashwin Sanghi and Dan Patterson are back with Private Delhi. Three intriguing books based on investigative reporting by prominent journalists are in the offing: The Nanavati Case by Bachi Karkaria, Sheena Bora Trail by Manish Pachouly and Who Killed Osho? by Abhay Vaidya.

Non-fiction
Women’s writing continues to be a popular segment and has firmly established itself as a well-defined market. Some of the anticipated non-fiction titles are Status Single by the sharply perceptive Sreemoyee Piu Kundu, Bitch Doctrine: Essays for Dissenting Adults by the extraordinary feminist Laurie Penny, fabulous writer and columnist Natasha Badhwar’s memoir My Daughters’ Mum: Essays and popular mommygolightly blogger Lalita Iyer’s The Whole Shebang: Stick Bits of Being a Woman. Finally significant women in history and myth will be highlighted with books like Women Rulers in Indian History by Archana Garodia, Heroines: Powerful Indian Women of Myth and History by Ira Mukhoty. Some of the other significant titles planned are Tripti Lahiri’s Maid in India: Stories of Opportunity and Inequality Inside our Homes, Sanam Maher’s The Short Life and Tragic Death of Qandeel Baloch and Priyanka Dubey’s No Nation for Women: Ground Reportage on Rape from the World’s Largest Democracy.

Translations
Translations are slowly expanding reading horizons by becoming a robust addition to the local imprint. Some prominent translations expected in 2017 are well-known Malayalam writer, Sethu Madhavan’s novels The Saga of Muziris (translated by Prema Jayakumar) and Aliyah (translated by Catherine Thankamma) which is about the migration of Kerala’s black Jews to the promised land of Israel. Rakshanda Jalil’s translation of Ghaddaar by Krishan Chander is titled Traitor, and there’s also the magnificent 900+ page novel Against the World by Jan Brandt (translated from the German by Katy Derbyshire), award-winning writer Perumal Murugan’s Seasons of the Palm and The Collected Stories of Saadat Hasan Manto (Vol I, translated by Nasreen Rehman) to look forward to.

Academic
Evidence of a mature Indian publishing and a stable nation are the increasing number of academic analysis of the literary traditions. For instance two volumes edited by Rakhshanda Jalil — An Uncivil Woman: Writings on Ismat Chughtai and Looking Back: The Partition of India 70 Years On (with eds.Tarun Saint and Debjani Sengupta).

Politics
The Uttar Pradesh Assembly elections will take place in 2017. Plenty of books are in the pipeline. Sudhai Pai’s Uttar Pradesh: A Political Biography, Sajjan Kumar’s The Ailing Heartland: Communal Politics in Uttar Pradesh Since Independence and Venkatish Ramakrishnan’s Dateline Ayodhya. Coincidentally, 2017 is Indira Gandhi’s birth centenary year too and her constituency was Allahabad, home of the Nehrus. Two biographies planned are Sagarika Ghose’s Indira Gandhi: Her Life and Afterlife and Jairam Ramesh’s Indira Gandhi: A Life in Nature. Ashoka University’s Rudranghsu Mukherjee’s The Nehru Reader is also slated for release.

History
2017 is also the 70th year of Indian Independence. Some of the books slated straddle academia and lay readership. For instance Ramachandra Guha’s India After Gandhi: The History of the World’s Largest Democracy, Barney White-Spunner’s Partition, Sheela Reddy’s long-awaited Mr and Mrs Jinnah: The Marriage That Shook India, Bertil Lintner China’s India War, Nikhila Henry’s The Ferment and Aruna Roy’s The RTI Story. Journalist Poonam Snigdha’s Dreamers: The Heart of Modern India is a much-anticipated title for it focuses on the majority of India which is under the age of 25. Another title bound to cause ripples with its publication is Age of Anger: A History of the Present by Pankaj Mishra, a polemic on the Western intellectual origins of Islamic fundamentalist. Delhi, seat of political power of the subcontinent for centuries, continues to be the favourite city for writers. Three books due are — Delhi: Power Politics Destiny by Sheila Dikshit, Chandni Chowk: The Mughal City of Old Delhi by historian Swapna Liddle and Maps of Delhi by Pilar Maria Guerrieri.

Business
Business books continue to be bestsellers. Two prominent titles are Paddy Rangappa’s Spark: The Insight to Growing Brands and financial journalist Pravin Palande’s The Fundamentalists: Czars of India’s Financial Markets — which has been a long time in the making.

Parenting
Parenting books are also successful. Two titles being planned are Nupur Dhingra Paiva’s Love and Rage: Children’s Inner Worlds where the therapist explores the jigsaw puzzle of children’s inner worlds, and how and where parents fit in them. The other is This Mommy Thing by Tanu Shree Singh.
All in all, 2017 is a promising year for books and book lovers.

Young adult/ Children
Some of the prominent titles are film-based YA book, Oonga by award-winning filmmaker Devashish Makhija. Then there’s a 160-page, illustrated information book with photographs, cartoons, illustrations and graphics titled Excavating History: India through Archaeology and The Complete History of India for Children by Archana Garodia and Shruti Garodia. Nature-based books such as The Insect Boy (Written by Shobha Viswanath, illustrated by Monami Roy), The Secret Lives of Indian Mammals by Vivek Menon and Tooth and Nail, Fur and Scale by Anupam Arunachalam will also be released in 2017.

Jaya Bhattacharji Rose is an independent international publishing consultant and columnist based in New Delhi.