Raja Sen, who launched his first children’s book, says that his creation is a tribue to the Francis Ford Coppola’s classic The Godfather. 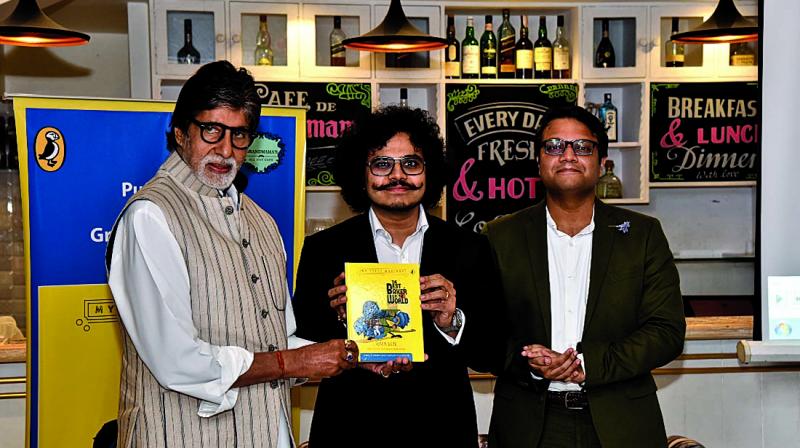 Raja Sen is best known for his acerbic movie reviews that have the biggest of the Bollywood biggies biting their nails. So, when the master of sarcasm and wit turned to children’s fiction, it came as quite a surprise to many. However, the launch of the film critic-turned author’s first children’s book The Best Baker in the World proves that one mustn’t judge a book by its cover.

The launch, which took place on Tuesday at Grandmama’s Café in Juhu had none other than Amitabh Bachchan coming in to cut the ribbon on the book, which takes its inspiration from Francis Ford Coppola’s The Godfather.

A question that Raja admitted to having heard often asked is why he would want to take up writing a children’s book. The answer was a simple one. “I taught myself to read because the grownups around me weren’t reading out fast enough or often enough and I have been smitten by children’s literature to this day… I love how children’s books sound when read out loud and I have always, always wanted to write one,” he said, adding that he wanted to share his love for cinema with children through this book.

Saluting Big B’s presence at the launch, Raja said that the reason he had really hoped for Sr. Bachchan to launch his book is because he is the Godfather embodied. “He has been the angry young man like the smouldering Michael Corlione, he has been the unflappably cool older brother like the easilsy-provoked Sonny Corleone, and as we learned from his Don Corleone performance in the Sarkar films, no movie mafia could have a more towering patriarch,” he declared.

Though highly encouraging Raja’s book, the actor couldn’t resist a tongue-in-cheek dig at him. “My reason for coming here has been Raja’s acidic pen, because he has a unique ability to destroy entirely, every film that I’ve worked in,” he said, causing snickers around the audience gathered.

“I am also surprised by what Raja has produced. It is a complete departure from what he does wrecking other people’s lives. But writing a book for young children was extremely novel,” he smiled, adding that Raja already had a fan in his own granddaughter, Aaradhya.

Vishal K. Bharadwaj, who also received hearty congratulations from Big B, was perhaps just as instrumental in bringing the book to life as Raja, with his illustrations. From the canny crow that is Michael Cannoli, to Don Cannoli’s owl, each character in the book was canny and adorable. “When Raja came to me last year and asked me to work with him on a book for eight-year-olds, it was an offer I couldn’t refuse,” he grinned.