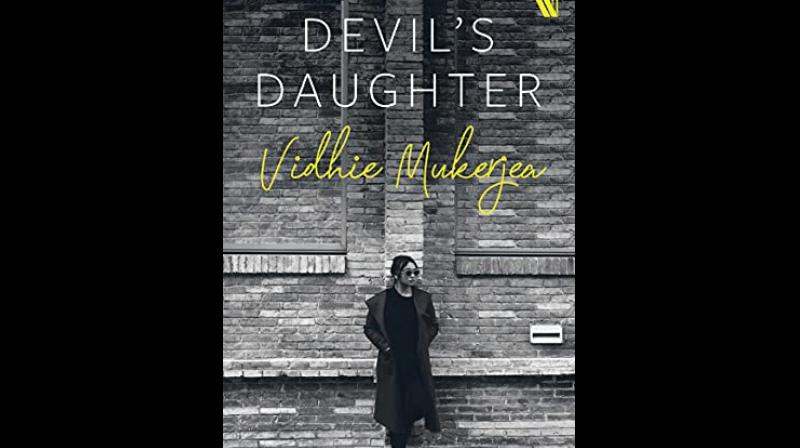 Cover of the book.

On the eve of her 18th birthday, the bottom of Vidhie Mukerjea’s world collapsed. She got back from school to discover cops in her house. Vidhie’s mother, Indrani, was arrested for allegedly murdering her sister, Sheena Bora. Later, the case got even more sensational when investigations revealed that Sheena was not, in fact, Indrani’s sister, but her daughter instead, which meant that Vidhie and Sheena were half-sisters. There were horrific twists and turns almost daily, and the high profile Mukerjea family was harangued by the media for months thereafter.

Vidhie had never felt more alone. Her mother was in jail, her biological father whom she barely knew was in jail, her step-father, Peter, was later sent to jail. Besides, she was acutely aware that Peter’s family despised her mother. As for her parents’s former friends: “People that had come to my house and sucked up to my parents were now on TV, giving interviews about what they thought my mum and dad had done and saying all sorts of nasty things.”

Just as well that Peter had packed her off to study in London, away from it all. Vidhie surrounded herself with people to stop her mind from revisiting that nightmare. She partied, drank like a fish, spent sleepless nights, fought panic attacks, dropped out off college, backpacked in South America—fortunately, her family had the money to support her extravagant lifestyle.

Inside, however, she was furious with her mother, and worried about Peter—she loved him, and took his side when her mother implicated him in the case. The stigma of the “Sheena Bora Murder Case” followed her everywhere, even to Barcelona, where her former employers did a brief Internet search on her background.

As the years rolled by, Vidhie’s scars gradually healed, helped along by Peter, therapists, spiritualism, self-awareness and marvellous friends. The turning point was when she finally met her mother and forgave her. That’s when she got back on track, went back to college, and behaved like a responsible adult.

In 2020 (six years after the trauma) Vidhie decided to write about her journey from hating her mother to trying to understand her, and attempting to deal with the fall out of that horrific crime. She also learnt to stop mistrusting Peter’s family, and has wonderful things to say about his sister: “Shangon bua is someone who is one of the wonders of this story. You know the foundation that holds up a structure, prevents it from falling?”

While this book is not about the case, Vidhie makes frequent references to it. Like her affectionate relationship with Sheena, and her mother’s attempts to end it. Then there’s a rather amusing bit on her visit to the CBI office for “questioning”. The descriptions of Byculla Jail and Arthur Road jail are quite fascinating. And, as she points out, media trials by TRP hungry anchors are far more traumatic than trials in  courts.

Don’t let the title scare you: While the subject matter is dark and intense, the style is light and breezy.