Books   07 Feb 2021  The suicide attempt: ‘Sahib Bibi Aur Ghulam is the story of our lives’
Books 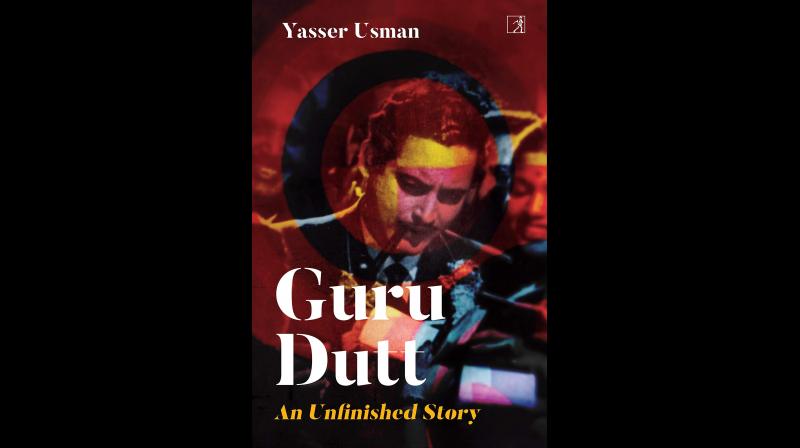 1 January 1961, the shooting of Sahib Bibi Aur Ghulam began with an auspicious muhurat ceremony. The first shot was being canned. Writer Bimal Mitra was invited again from Calcutta to grace the momentous occasion. Guru Dutt had shaved his trademark moustache to play Bhootnath. He appeared super excited. Then there was Waheeda Rehman who was playing the character of the Bengali girl, Jaba. Waheeda was wearing a traditional Bengali sari. But there was another big surprise in store for everyone during the lunch. The crew at the Guru Dutt studios saw Guru Dutt, Geeta Dutt and Waheeda Rehman eating together.

A curious Bimal Mitra asked Geeta, ‘Hello! Good to see you. Never seen you in the studio before?’

‘The film was being launched today, so I came,’ replied Geeta.

Guru Dutt interrupted, ‘No, I have called Geeta.

Waheeda didn’t know how to tie a Bengali style sari, so I asked Geeta to tell her.’

‘How am I looking?’ asked Waheeda.

The women were referring to each other as Geeta Ji and Waheeda Ji. Post lunch, Guru and Waheeda left for the shot. Bimal Mitra and Geeta were left alone at the table.

Mitra asked Geeta, ‘How did you like the shooting?’

Geeta replied, ‘It was good! There was a time when I had asked him not to make this film.’

‘Because, Sahib Bibi Aur Ghulam is the story of our lives.

The accounts of most of Guru Dutt’s close friends suggest that during the making of Sahib, Bibi aur Ghulam, Guru Dutt and Geeta had grown further apart. They had realised that their marriage was not working. Geeta Dutt too had taken to alcohol and sleeping pills majorly and left the Pali Hill bungalow to live in his mother’s house.

Then one night, Guru Dutt swallowed thirty-eight sleeping pills. It was his second attempt at suicide.

‘It was an overdose of sleeping pills. We rushed him to Nanavati Hospital but his condition was very serious. His body had gone completely cold. He was unconscious for three days. Then on the fourth day we heard his scream. My brother was shouting. The first person he asked for was Geeta. It was strange because their relationship was going through hell. They were thinking of separation but in those moments, he wanted Geeta to be near him. I think they deeply loved each other despite their major differences,’ Lalitha Lajmi told this author.

But she says Guru Dutt never talked about the reason why he tried to end his life. ‘Sometimes if there was an altercation with Geeta he used to call me. I would rush to him even in the middle of the night. But he would sit quietly, not say anything. I felt he wanted to say something. But he never did. Never.’

A person who attempted suicide twice yet never talked about it with his family. It was as if through these suicide attempts, Guru Dutt was crying for help. On the doctor’s suggestion, the family called a psychiatrist for counselling. ‘I was much younger than him and in those days no one really talked about such things. We also called a psychiatrist but he charged Rs 500 for a visit. My brother Atma laughed that he was just talking with Guru and he is so expensive. We never called him again,’ said Lalitha, adding that sometimes she blames herself for not doing enough for her brother.

But apperently there were numerous other times that Guru Dutt experimented with sleeping pills. Screenwriter Nabendu Ghosh recounts, ‘Let me tell you about a doctor whose name was A.J. Ribero, a very stubborn man. He was an MBBS, and a sweet-spoken doctor, who had [his] clinic in Santa Cruz. Ribero was a general physician. Because of Ribero’s goodwill, all affluent people of Santa Cruz, Khar and Bandra would visit him. Especially all those who were associated with films. Famous film personalities like Filmistaan’s Shashadhar Mukherjee, director Aurobindo Sen, Shakti Samanta, etc. Guru Dutt was no exception. I have already said how I often visited Guru Dutt’s Pali Hill home for discussions. One morning, I reached his house and found out that the situation was tense. I saw Dr Ribero, going inside the bedroom and coming out every two or three minutes with a tense look on his face. I asked, “What’s up, doctor?” Dr Ribero said, “Guru took sleeping pills, he’s still not coming back to his senses, I have been trying for half an hour, Geeta is crying.” But about five minutes later, Dr Ribero came out of the room, sat down on the chair and said, “Thank god, he’s now conscious.”

Then again one day, about three months later, I saw a similar situation at their house. I asked Dr Ribero, “Now what has happened?” Ribero said, “Today Debi [Geeta] is unconscious. She took a lot of sleeping pills. Guru is sitting quietly. I will wait for another ten minutes. If she doesn’t recover, I’ll be forced to call the police.” But five minutes later, Geeta came back to her senses.’

Lalitha Lajmi says, ‘Later he went into depression then slowly his entire personality went down. He kept to himself and became very lonely.’

Guru Dutt just wanted to run away from Bombay. An escape from the city, studio, family life. To anywhere. He couldn’t sleep in Bombay. His constant refrain was: ‘I think I will go crazy.’

Excerpted from Guru Dutt: An Unfinished Story (2020, Simon & Schuster India) with permission from the author