The first step to such protection lies in proper documentation; we cannot preserve what we do not know exists. 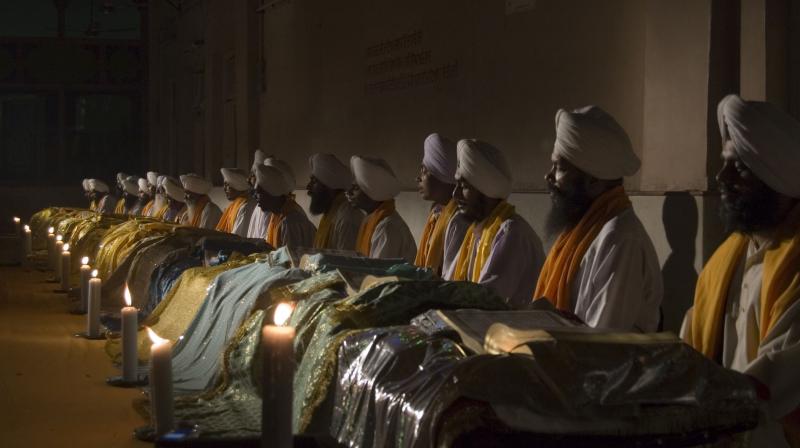 For the relatively young Sikh community, all of 550 years old, this heritage is not lost in the hoary past. It does not need to be excavated and nor does it need to be imagined.

Heritage, as this beautifully produced book defines, is “the entire collection of quantifiable symbols handed on by the past to each society and therefore, to the whole of humankind, acting as a major link with history”.  For the relatively young Sikh community, all of 550 years old, this heritage is not lost in the hoary past. It does not need to be excavated and nor does it need to be imagined. It is living and extant around us. It does however need to be protected — from degradation, or unnecessary embellishment, or distortion. This is not an easy task and no one person or organisation can take on this responsibility. For one, this heritage, even if one restricts it to objects and buildings, is widely spread — in gurdwaras, in museums, in private collections and even across the border in Pakistan.

The first step to such protection lies in proper documentation; we cannot preserve what we do not know exists. This volume goes a long way in producing a cohesive display of what this heritage is and where it lies today. The clear photographic lens in Sondeep Shankar’s experienced hands has produced breathtaking images which create a mesmerising effect; the competent accompanying text stitches together the lives and contribution of the ten Gurus along with the evolving historical context. It brings the history of the community right down to the present day as it examines the cultural wealth and diversity housed in the five temporal seats — the Akal Takht at Amritsar, Takht Patna Sahib, Takht Keshgar Sahib at Anandpur, Takht Hazur Sahib at Nanded and Takht Damdama Sahib at Talwandi Sabo. 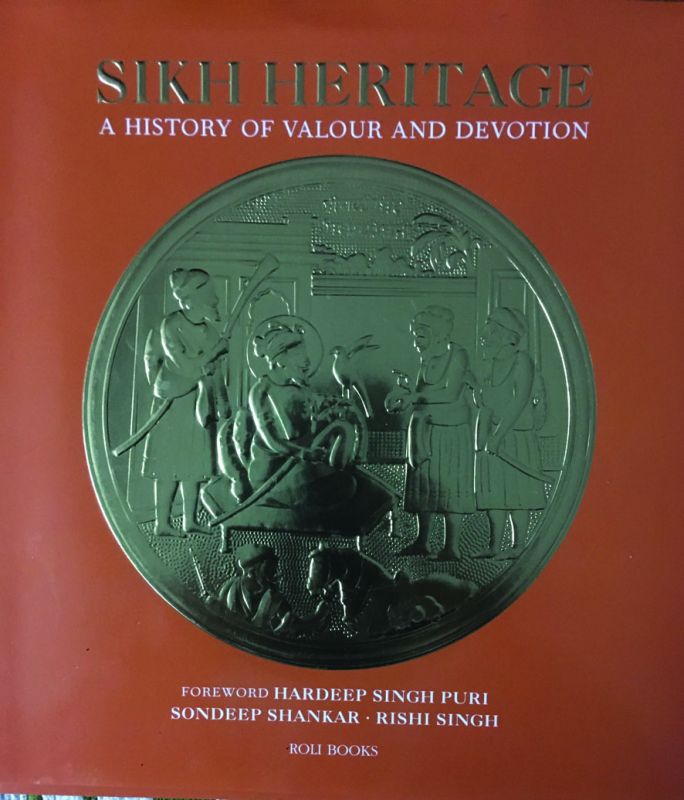 Great pictures speak for themselves and Sondeep Shankar has several in this book, taken lovingly over years of working in Punjab. The Harmandir Sahib with its sarovar, the other major gurdwaras with their impressive structures and white spaces, the audacious Nihangs, the langar or communal kitchens and the congregations with their colourful turbans and dupattas are any photographer’s delight and Shankar clearly rejoices in them. Particularly impressive are the close ups of detail from various gurdwaras — the Harmandir, Baba Atal and Baoli Sahib in Goindwal. Long captions take the story of each picture further and provide telling detail and context.

One of the great thrills of a visit to Takht Keshgarh Sahib at Anandpur is the display of weapons of Guru Gobind Singh that takes place every evening. Double edged serrated daggers (khanda), punch daggers (katar), swords, spears including the deadly nagini barch, and muskets bring home the immediacy of the Sikh heritage. This volume contains impressive photographs of these weapons as well as many from the collection of Maharaja of Patiala. One such photograph shows the Guru’s battle axe called Maha Kali, with an etching of the Goddess Durga on a tigress on the cutting edge. Another display of a sheaf of the Guru’s arrows shows their golden tips, which an injured enemy soldier could use to get himself treated. The Patiala collection also contributes an ethereal portrait of the Tenth Guru, even if its caption does not indicate when it was painted and by whom.

In the 550th birth anniversary year of Guru Nanak this attractive and lovingly created book will be an invaluable asset to those interested in Sikh history and religion. An appropriate tribute to a heritage rich with devotion, spirituality and valour.

The writer is a retired diplomat who has served as India’s ambassador to the United States and high commissioner to the UK, and an author and poet