Sapiosexual love is where Buddha and Yashodhara were at

A few weeks after I finished this book, I came across a social media post announcing an anti-feminist yajna in Karnataka. 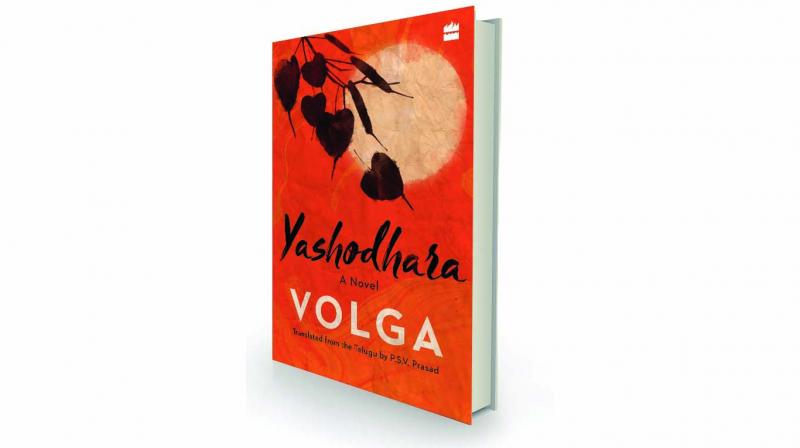 When I first read Telugu writer Volga’s novel Yashodhara, translated by P.S.V. Prasad, I thought it was beautiful. Even charming in the way it imagined the life of Yashodhara, the consort of Prince Siddhartha who we now know as Gautama Buddha. In this book, Siddhartha did not marry Yashodhara merely to fulfill his duty as a prince of his land, and then abandon her without a word to find the answers to the many questions he had about the world. Instead the two young people were drawn to each other’s intellect, and insisted on marrying.

So you might find yourself smiling a sappy sort of smile, because from one perspective, Yashodhara is a sapiosexual love story; a kind of Mills & Boon for the mind in which the two people concerned, while admiring each other’s physical attributes, are really twin souls. They are equals and partners, encouraging each other to become more observant, think deeper, apply their minds to what goes on around them; they ask questions about their own lives and the lives they see playing out around them, they actively seek answers to those questions so that the world may change, and they often act in ways that upset and anger their families and the larger society because they refuse to stick to tradition if they believe tradition is bunk. In Volga’s version of her life, Yashodhara is no mere society-approved womb to nurture the future of her husband’s family. Instead, she is as determined to seek enlightenment as her husband is, and is perfectly willing in the spirit of non-attachment to let him go when he tells her right at the beginning of their relationship that he will have to leave her at some time.

This concept of marriage being a true partnership of equals is so radical in India even now in 2019, leave alone in the Buddha’s historical time period, that even the writer cannot justify it without resorting to some sort of narrative device. So when Yashodhara and Siddhartha refuse to meet the expectations of their caste- and tradition-controlled society, each set of parents assumes their child has gone mad. And given that they would rather not be condemned by the wider society for having lunatic children, they agree to let them marry sans a single condition attached.

I love Volga’s imagination. I loved the ideas of the world this power couple of Yashodhara and Siddhartha came up with. In Y&S’s world view, there should be no gender hierarchy, no caste pecking order, no indisputable attitudes and traditions and no war. Only love and service and a love of learning. All these ideas are enshrined in our Constitution — the same Constitution that is now being debased every single day.

A few weeks after I finished this book, I came across a social media post announcing an anti-feminist yajna in Karnataka. The horror of the post drove me to re-read Yashodhara. The book no longer seemed charming. Instead, Volga’s words were painfully wistful.