Playwriting itself was considered inferior to poetry. Robert Southey was the brightest star among all the “Lake Poets”. 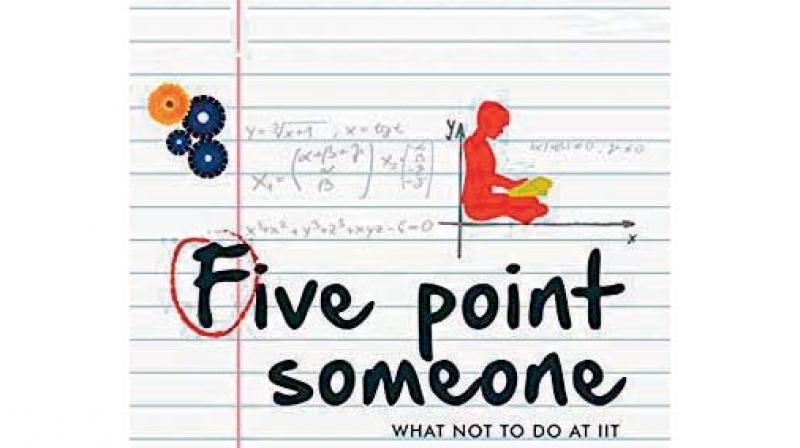 The inclusion of Chetan Bhagat’s bestseller Five Point Someone: What not to do at IIT! in Delhi University’s English syllabus has triggered a plethora of opinions.

The inclusion of Chetan Bhagat’s bestseller Five Point Someone: What not to do at IIT! in Delhi University’s English syllabus has triggered a plethora of opinions. Twitterratis fumed and academics dismissed Bhagat’s work as lacking gravitas. Some bemoaned insipid Indian readership, while others argued that Bhagat’s views on politics and society have earned him the coveted inclusion.

Let us begin by putting things in perspective. Bhagat’s novel was published in 2004 and it went on to become arguably the most read Indian English novel of the 21st century. It sold over a million copies, got translated into several Indian languages and saw two well received, popular cinematic adaptations — Rajkumar Hirani’s blockbuster 3 Idiots and its Tamil remake titled Naban. Most importantly, the book revived a readership which, in the post liberalisation era, spurned books in favour of cable networks and FM.

As a first-year undergraduate at a Delhi University college, I was struck by its phenomenal popularity. Readers, young and old, could be seen absorbed in copies of the work. At bus stops, inside Delhi metro and on trains to Jharkhand, its invasion of public spaces was near total. People began talking about the author and his IIT-IIM pedigree.

In the BA (Hons) English classroom, by contrast, it was accorded a very different reception: people were sceptical, unwelcoming and circumspect. Compared to the elite and scholarly tribe of Indian English authors who have, among other things, bagged the “Booker of Bookers”, Bhagat’s credentials appear abysmal.

We expect IIT-IIM graduates to be geeks and nerds, to make money, drive expensive cars in San Francisco and to leave the business of letters alone. When they do have the audacity to write, we don’t expect them to sell or to be taken seriously. So, no wonder the revamped syllabus has ruffled a few feathers.

To understand the merit of the controversy it may be worthwhile to recall the critical commonplace that the boundary between popular and classic is an ever shifting one. In spite of being enormously popular, Shakespeare was ridiculed by the Cambridge educated Robert Greene as an “upstart crow”.

Playwriting itself was considered inferior to poetry. Robert Southey was the brightest star among all the “Lake Poets”. However, in modern times, Shakespeare, the playwright, is the mainstay of English literature curriculums and Southey has long been displaced by Wordsworth. The Bhakti poets, who were once dismissed by the high priests of Hinduism as the vernacular’s obscene assault on Sanskrit, have now found a place of reverence in both sacred and secular cannons.

Besides, a book’s ’gravitas’ is as much a result of its reception and restitution, as it is of its intrinsic literary worth. The 17th century metaphysical poet John Donne was forgotten till a few centuries later, T.S. Eliot championed his poetry through his essays and public lectures.

While I do not attempt to draw an uncharitable parallel between Bhagat and Donne, it is equally fallacious to assume that “popular” in art is a sure indicator of banality.

There is indeed some truth in the charge that Bhagat’s novels propagate stereotypes, and in the apprehension that there is a dearth of critical works to facilitate nuanced academic debate.

However, it presents us with an important excuse to investigate readership patterns among the masses, something which seems to belie values taught in literature schools and is barely broached in classrooms. There was a time, not long ago, when university professors and distinguished authors nurtured vibrant engagements with the masses by producing school textbooks, editing popular periodicals and writing pamphlets. Of late, unfortunately, there has been a progressive dissociation of academia from the multitude. The challenge of teaching Bhagat will perhaps encourage us to overcome our solipsism.

Besides, let us not forget that his works map the nation at the cusp of transition and bring under intense scrutiny a new order of realities characterised by call centres, career-driven private choices, inter-cultural marriages and a demography skewed in favour of the youth. However, if you are still unconvinced, treat this novel as an example of how and what not to write. After all, don’t we teach common errors too!