As Google celebrated his 91st birth anniversary with a doodle, we take a look at how the twitterati remembered the legendary author. 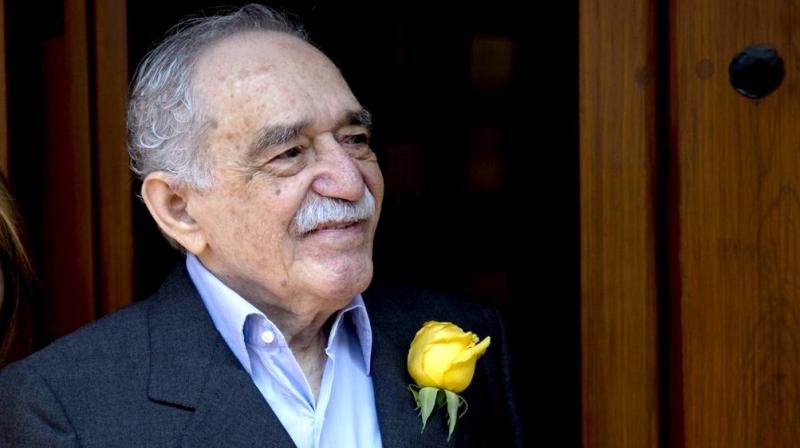 The works of Gabriel Garcia Marquez are wonderful because the stories etched out between the lines of the novel are as poignant as those spelled out by the author.

Often considered to be one of the most influential writers of his generation, not only did he write sensational literature, but his feud with Peruvian Mario Vargas Llosa is also the stuff of legends.

Onetime best of friends, they had all the elements of a literary classic, accusations of betrayal, jealousy and adultery, and a brutal encounter over 31 years ago when things turned bloody.

Gabo brought to the world Latin America's charm along with "magical realism," a blending of fantastic elements into portrayals of daily life that made the extraordinary seem almost routine, normal!

As Google celebrated his 91st birth anniversary with a doodle, we take a look at how the twitterati remembered the legendary author.

'Ultimately, literature is nothing but carpentry. With both you are working with reality, a material just as hard as wood ' #Gabo #Gabriel #García #Márquez #Love #Literature #Life #LoveHim pic.twitter.com/dWS8YDYOKV

"Ultimately, literature is nothing but carpentry. With both you are working with reality, a material just as hard as wood." —Gabriel García Márquez #amwriting

He allowed himself to be swayed by his conviction that human beings are not born once and for all on the day their mothers give birth to them, but that life obliges them over and over again to give birth to themselves.#GabrielGarciaMarquez , Love in the Time of Cholera pic.twitter.com/PS6EwWiVlA

Maanvi wrote that Marquez taught her to weave magic with words,

To the man who made me realize that it's possible to weave magic out of words. Happy 91st birthday #GabrielGarciaMarquez. I hope you're writing up a storm in heaven. pic.twitter.com/l9XAOWxJSm

“No matter what, nobody can take away the dances you've already had.”

"Life is not what one lived, but rather what one remembers, and how it is remembered to tell the tale."#GabrielGarciaMarquez

His glory will be remembered. Birthday wishes to the Legendary Author #gabrielgarciamarquez #SerendipityFilms

Today is #GabrielGarciaMarquez birthday. Thank you for the incredible storytelling! https://t.co/gtdBzJlUTt

“Tell him yes. Even if you are dying of fear, even if you are sorry later, because whatever you do, you will be sorry all the rest of your life if you say no.”#GabrielGarcíaMárquez - Love in the Time of Cholera#FelizCumpleGabo pic.twitter.com/sbUq76IdyA

Nobody deserves ur tears, but whoever deserves them will not make u cry #gabrielmarquez #GabrielGarciaMarquez

The works of Gabo are timeless. Transcending beyond tangential reality, they sing of the condemned lives of Macondo or the passion of Love in the Time of Cholera. They are fantastical in their depiction of reality and yet honest enough to evoke a million sensibilities in a reader's soul.